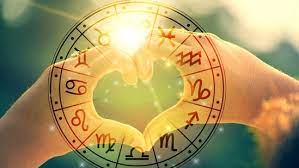 This week we have a new moon in Aquarius as we transition out of the season of Capricorn, with Venus, the planet of love, still enjoying its stay in Aquarius.

Although anytime there is a transition in seasons things can get a little bumpy, for most of us, the transition out of taskmaster Capricorn to light and airy Aquarius will feel like a breath of fresh air.

While Aquarius’s mind in the sky demeanor can be lighter than supervisor Capricorn, in classical astrology both are actually ruled by Saturn which means they are just chock full of lessons. Saturn is not especially touchy-feely and true to form, Aquarius, like its Saturn-ruled sibling Capricorn, can have a little trouble expressing emotion, especially in the relationship department. But that’s ok because this week we are going to work with the astrology instead of against it and use Aquarius’s trademark aloofness to our advantage. Here’s how.

One thing Aquarius does well is to play it cool. While they can tend towards plain old avoidance, sometimes their casual demeanor keeps them out of unnecessary drama. It can even create an air of mystery and magnetism, and that my friends are what we are using this week with a dating and relationship exercise I call “Cutting the Crust.” Here’s how it works.

Many times, we tend to hang on to relationships past their expiration date, pursuing people who may not be as interested in us as we are in them. So, this week we are going to cut the crust of our love lives so we can spend more time on the juicy inside. It’s kind of the same concept as pruning a plant, we are going to get rid of anything sapping our energy so we can focus on growth in the places that can blossom. And we are going to use Aquarius aloofness, to do it.

So, this week, for a whole week, I want you to try not reaching out to anybody, you are only going to respond. That means no texting, no calling, or even commenting on social media. If you are dating, let’s see who reaches out to you, and dig a little more into who you actually want to reach out to you.

If you are in a relationship, let’s see how much of your energy goes toward tracking your partner or relationship down. See how often they are taking the initiative vs. how often you want them to.

If you’re feeling extra feisty, you can also try this in other circles of your life, like friendships. You will be amazed how often we are the only ones in a relationship or friendship, and we’ve just never noticed.

Here’s a real-time example of how it works.

Putting the Practice in Action

I will delve into my own past dating files to give you a real-life example of how I’ve used cutting the crust. When I first moved to LA through a combination of wanting to meet new people and doing research for an article on the best dating apps, I somehow found myself in a relationship pickle.

I had somehow ended up finding four great guys, all very eligible bachelors, all seemingly interested. After two dates with each not only was I reaching a point of overwhelm, but I felt it was reaching a point of unfairness to them. I had to choose. So, I decided to cut the crust.

For a whole week, I didn’t reach out to any of them, I only responded. The results were amazing. One of them dropped off the radar completely. Sayonara buddy.

Another one messaged me regularly, but I found myself wishing he didn’t or wishing it was one of the other two fellas. So, I had a talk with him, and it turned out he was fine with just being friends. Amazing!

The other two both really stepped up. They both messaged and called, and in fact both planned dates. After a third date with each of them, it became clear to me which one was the more compatible option, and I was able to focus my time, energy, and attention on him. Voila! I cut the crust.

So now it’s your turn. Take this week to take a big ol’ Aquarian step back. Allow yourself to be pursued a little and create and maintain your own air of mystery. While it may feel a little like playing mind games, it’s actually not. You’re not ignoring anybody, you’re simply allowing someone else to take the lead in the dating dance, for a week. I’m willing to bet the results will surprise you. You will see how much of the dating or relationship load you have been carrying.

Or you could discover you are the weakest link. This week could spur your partner or friend to say that they always feel like the initiator, this week especially. Which is great news! Because that is something the two of you can definitely begin to work on.

Now if you’re single and not looking, or don’t feel this game is for you in that department, I encourage you to try it on your friends, even extended family. I cleared a lot of space on my social media using this practice, especially in Los Angeles where we know lots of people are sometimes more than happy to let you boost them but aren’t always as reciprocal. So, check it out! Keep to yourself this week. No calls, no messages, no social media interaction. See who deserves a spot in your inner sanctum and who is just crust.

Please use this game wisely by keeping in mind a week is not a very long time, even though it can seem that way. Sometimes people will have extenuating circumstances that cause them to be extra busy or distracted for a given week. Keep that in mind while making cuts.

So, enjoy the game but play by a few rules in order to make your relationships, and life, feel happy, healthy, and oh-so crust-free. Thanks, Aquarius!