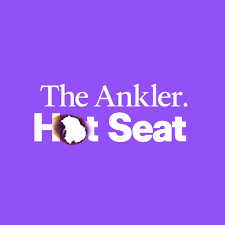 Throughout his illustrious career Hamish Hamilton has directed and executive produced some of the most-watched live spectacles in television history, including his 14th Superbowl halftime show this past February. In this wide-ranging interview, Hamilton talks about what’s in store for his upcoming shows including this year’s Emmy Awards and ABC’s live Beauty and the Beast with H.E.R..

He recounts some of his most interesting career moments including the Taylor/Kanye VMAs incident, Beyonce telling him about her pregnancy announcement, and his experience working with Lady Gaga. Hamilton also shares his take on the Smith/Rock slap and his thoughts on how the director of the Super Bowl handled Nipplegate with Janet Jackson and Justin Timberlake all those years back.

Hamilton teases a daring return to the Emmys…

“We will create a show which is refreshing, entertaining, engaging…the way that we will use the room will surprise people. It’s not business as usual, pre-COVID. It’s a bold way…and Keenan [Thompson], as a bold host, will guide us through the evening.”

“We want to have a party atmosphere in the room and we want to be saying…we are absolutely back. This is the biggest party in the world that celebrates television and the Emmys is back in full force…this is truly the first big year back.”

“We live in an era where people are connected in a million and one different ways. And I think if you count the impressions and the stories that are written, photographed, taped, posted after nights like the Emmys, I think you would say there’s an explosion and not an erosion.”

“I had a beautiful exchange with her in her dressing room pre-show where she told me what was going to happen. I was sworn to secrecy…that’s what I think about when I think about that moment. It’s the really wonderful moment I shared with her when she told me what was going to happen…I felt very trusted…She literally just came and she just said, look, this is what I’m going to do. Please make sure we get the shot. Done.”

“We were at her house on the west coast and we’re pitching these ideas. It’s like you’re in a room with Lady Gaga and a load of other people talking about her jumping off the roof of a stadium at the Super Bowl. That’s like, pinch me. And then she was playing songs from her new record that she was super proud of. And you’re like, hang on a minute. I’m in a room with Lady Gaga performing her songs in her lounge, talking about jumping off the roof. Is this really happening?”

“On one hand, you’re like, okay. As a director or a producer of these kind of shows, you want people to be talking about your show. On another hand, you want everybody who hits that stage, for it to be a safe place, a beautiful place, and a wonderful place. So you had Taylor, who I think was winning her first VMA. Massive moment in her life, which she was denied by Kanye creating this absolute, talked about TV moment.”

“These things happen so fast that you almost don’t make choices. You are reacting instinctively. And I think that your nature as a human being are on display, because you don’t have time to think.”

“I didn’t do the closeup of Taylor, because I guess it was just instinctive. Do you know what I mean? You don’t want to zoom in on her emotion at that time. She was clearly, as we all were, evaluating what was going on. I guess instinct and just speed and just doing the best that you can, and telling the story and being in the moment.”

“I honestly don’t know what I would’ve done in that moment because I’m now viewing that moment with 20/20 hindsight, and with everything that’s gone on behind it.”

“I thought that Glen handled it well. And I honestly don’t know what I could or would’ve done differently, because actually, I’m not in possession of all the facts. All I’ve got is all the emotions since.”

Hamilton on the upcoming ABC televised special Beauty and the Beast…

“I mean, what an amazing movie. An incredible movie. And I’m working with Jon Chu. Jon Chu is definitely the creative driving force behind it. And again, you realize when you’re working with greatness that you’re humbled by his talent, really.”

“And again, ABC, Disney have really, really allowed us to dream big and dream differently and place huge faith. And that doesn’t always happen. Sometimes, you get these great opportunities and perhaps maybe they’re micromanaged. Not the case. They’ve allowed Jon to fly and he will fly.”

“The air date I think has moved, but from memory, it’s early December.”

all coverage from The Ankler’s Hot Seat.