Beverly Hills, CA (The Hollywood Times) 5/23/18 – If any organization in the industry is at ease with the #MeToo and #TimesUp movements, it’s the Alliance for Women in Media.  Originally formed in 1951 as American Women in Radio and Television, it now boasts six decades of supporting and advancing women in media.  In other words, they were championing women, their stories, and their rights long before the movement became the behemoth it is now. 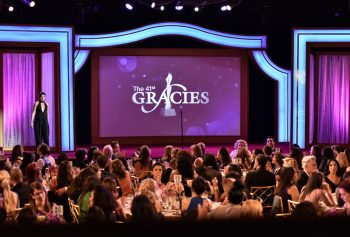 Their showpiece gala, The Gracies, took place last night at the Four Seasons Beverly Wilshire.   It was the 43rd such ceremony, and the venerable institution did what it always does best:  act as a platform for strong women and their powerful voices.

Smart commanded attention for her outstanding bravery in revisiting her trauma in order to tell her story.  “I bow down to Elizabeth Smart,” remarked Elizabeth Marvel as she accepted her award for Best Actress in a Supporting Role for Homeland.  “I’m sitting next to Elizabeth Smart.  Not a victim, but victorious,” proclaimed April Ryan, winner of Best Radio Feature Interview.  Smart herself received a standing ovation.

It’s certainly nothing she’d hope for again, but clearly an experience that has allowed her to expand  her influence in many ways.  “I never go out and say ‘please let me do it again,’ but I’m not sorry it happened.”  Upon receiving her honor, Smart was given a resounding standing ovation.

Ahead of accepting her Lifetime Achievement Gracie, an ebullient Rita Moreno also took time to comment on the honor.  “You know what is really special about it, is that it is for women and about women,” Moreno told THT.  “The particular award I’m getting tonight, or recognition I’m getting, is for a lifetime’s work.  Lifetime’s work to me really means, not just a performance or two, it’s about your life, it’s about your struggles, it’s about the heartbreaks—all of those things are encompassed in that one word, ‘lifetime’ achievement.” 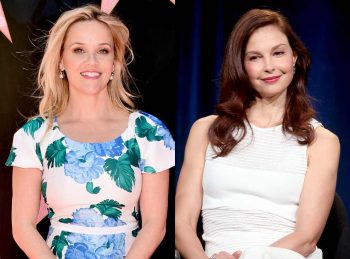 Sports reporter Pam Oliver remarked on being surrounded by the glitterati.  “I am looking around, trying not to freak out and act like a dork when I see some of these famous people!” Oliver told THT.  “I feel so powerful.”  Oliver noted that she’d been at Fox for 4 years.  “So this will have a prominent place on my bookshelf, that’s for sure.”

Host Lisa Joyner headed up the evening, with the best in media receiving awards and Kelsea Ballerini  performing mid-show with “I Hate Love Songs” and “In Between.”  Normal Lear was a show-stopper in introducing the gorgeous Moreno, who enjoyed a harmonica serenade by Frederic Yonnet before officially accepting her Lifetime Achievement.  She noted that, at 86, the achievement encompassed “a lot of life and a lot of hard work.”

“I feel extremely humbled, and I’m not even sure I deserve it, but I’ll take it!” Moreno told the audience.

The evening concluded with dinner, several more awards, and the overarching knowledge that, under the umbrella of the current push for women, The Alliance for Women in Media would continue to become ever more powerful and ever more visible.  Their work has truly changed an influential industry, and thus, the world.

To learn more about the Gracies and see a comprehensive list of winners, visit https://allwomeninmedia.org/gracies/2018-gracie-winners/