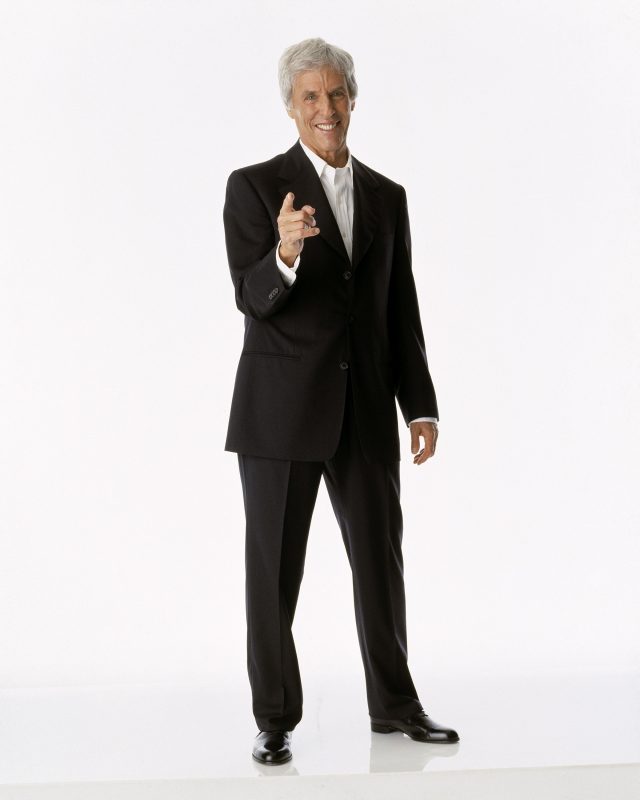 On Friday, December 13th in Beverly Hills, the legendary Songwriter and Composer will celebrate nine decades with a show at the venue “Where Music Meets The Soul.” 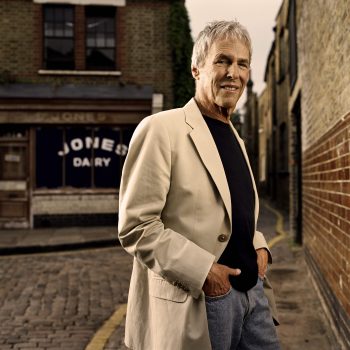 Incredibly, Burt Bacharach turned 91-years-old on May 12, 2019, and he isn’t slowing down. The ageless wonder is showing up with class and grace to perform for his fans at The Saban Theatre in Beverly Hills on December 13th. After six decades, as one of the most respected songwriters in American history, Burt Bacharach has an incredible nine #1 songs and an astounding 48 Top 10 hits to his credit. With more than five hundred compositions under his belt, Burt Bacharach’s music continues to be a prime example of a benchmark of success in the recording industry.

When Eve Barlow interviewed the living legend recently for The Guardian, he came across as a regular guy. Perhaps he had a touch more class and grace than most but without the burden of a bloated ego. As real as ever with his trademark soft smile, Burt Bacharach told the writer, “I don’t know how many songs I’ve written, I don’t know how many hits I’ve had. I’m not a good counter.”

Despite his humility, Burt Bacharach has been responsible for writing and recording some of the greatest songs in the history of popular music. From “What The World Needs Now Is Love” with Jackie DeShannon in 1964 and “Do You Know the Way to San Jose” with Dionne Warwick in 1968 to “Raindrops Keep Falling On My Head” with B. J. Thomas in 1969 and “Arthur’s Theme (Best That You Can Do)” with Christopher Cross in 1981, he has captured the soothing sounds of a halcyon time.

Maybe that perfect world exists only in the recordings and in the sparkle of the songwriter’s eye. Hence, Burt Bacharach wrote the music of an idealized second half of the 20th century, where the living is easy. Indeed, it’s always summertime in his songs, and he is the musical child of his illustrious precursor, George Gershwin.

In terms of style, Burt Bacharach compositions soar with memorable melodies and embraceable chords. Combining elements of jazz and pop with good old rock and roll, Burt Bacharach created a sound that celebrated the natural flow and sharp coolness of his time. Overall, his music is characterized by syncopated rhythmic patterns and frequent modulations that foster a sense of a night out on the town. As a creative force, Burt Bacharach arranged, conducted, and produced much of the recorded output of his work as well as the albums he collaborated on with other recording artists.

As the ultra-cool cult hero of musicians and singers alike, he has recorded songs and even albums with fellow legends like Elvis Costello, Neil Diamond, and Rod Stewart. From Grammy Awards and Academy Awards to the Library of Congress Gershwin Prize for Popular Song and almost every other award in between, Burt Bacharach has been honored time and time again. He is the very definition of a living icon.

Indeed, when he plays at The Saban Theatre on December 13, 2019, it would be a mistake to miss the opportunity to see him in person. Although he comes across as an ageless wonder, father time is fickle, and you never what’s around the next bend. Looking back, my biggest regrets are the concerts I missed for the wrong reasons and the performers I never got to see play live like Leonard Cohen and Dexter Gordon. I will not make that same mistake again. Indeed, I will be at The Saban Theatre in December. I hope to see you there so we can celebrate the ageless wonder of Burt Bacharach.

Six decades into one of songwriting’s most successful and honored careers – marked by 48 Top 10 hits, nine #1 songs, more than 500 compositions and a landmark 50+-year run on the charts, Burt Bacharach’s music continues to set industry records and creative standards. “At This Time,” his 2005 album, which won the Grammy for Best Pop Instrumental Album, broke new ground with Bacharach’s first-ever lyrical collaborations, supplementing the melodies which reflect the pioneering Bacharach sound. He says it is the “most-passionate album” of his career as “At This Time” marked the first time Bacharach took on social and political issues in his music.

Bacharach’s global audiences span several generations, and he is viewed as the unique combination of one of the greatest composers of all time and the ultra-cool cult hero of the contemporary music set who often has several songs on various music charts in many countries simultaneously. His many concerts are SRO, as he tours the United States and the world conducting orchestras and with his own musicians and singers performing his music. He began 2008 with a tour of Australia and Japan, and is booked at many of the country’s most-popular venues through the next two years.

Along with Bob Dylan, John Lennon and Paul McCartney and Paul Simon, Bacharach is a legend of popular music. A recipient of three Academy Awards and eight Grammy Awards (including the 2008 Lifetime Achievement Award and 1997 Trustees Award with collaborator Hal David), he revolutionized the music of the 1950s and 60s and is regularly bracketed with legendary names, ranging from Cole Porter to Sir George Martin, as one of a handful of visionaries who pioneered new forms of music from the second half of the 20th Century and continued into the 21st Century.

When The Recording Academy awarded Bacharach the Lifetime Achievement Award in February, 2008, he was proclaimed music’s “Greatest Living Composer.”

He began 2008 by debuting a new composition, “For the Children,” an 11-1/2 minute piece he says was inspired by his earlier concert tour to Australia in 2007. He introduced the music globally with the Sydney Symphony at concerts in January, 2008, and the music was recorded to be part of a new live Bacharach CD “Burt Bacharach Live at the Sydney Opera House” for later in 2008. Because his concert tour in Australia and Japan coincided with the ceremony to receive his Lifetime Grammy Award, he was proud to have his three children, Cristopher, Oliver and Raleigh accept on his behalf.

After six decades of writing love songs, Bacharach shifted his attention to his indignation over the state of the world in “At This Time.” Collaborating with Elvis Costello, Dr. Dre, Rufus Wainwright, Chris Botti and others, “At This Time” features a 35-piece orchestra performing new Bacharach melodies with his first-ever self-penned lyrics. Bacharach says he wrote the lyrics (many with Tonio K) because “there are things I needed to say.” The album was released in the U.S. by Columbia Records and internationally by Sony BMG, and immediately became a critical success and a 2005 Grammy winner. Two years after its release, it continues to surpass expectations, as the music inspires dialogue about issues important to Bacharach.

A second 2005 Grammy was related to Bacharach, as well. Aretha Franklin’s recording of the Bacharach-David classic, “A House Is Not a Home,” won in the Best Traditional R&B Vocal Performance category.

The composer last produced, arranged and conducted an album of his own songs sung by R&B icon Ronald Isley, “Here I Am: Ronald Isley Meets Burt Bacharach,” in 2003. With 11 Bacharach/Hal David classics are two songs which marked Bacharach’s first collaborations with Tonio K., the album held spots on the BILLBOARD’s Top R&B/Hip-Hop Album Chart for months after its debut.

“Here I Am: Ronald Isley Meets Burt Bacharach” wasn’t the only Bacharach composition on the charts since 2003. In one week in March, 2004, for example, Bacharach and David had a #1 hit on BILLBOARD’s Hot 100 with “Slow Jamz” by Twista featuring Kanye West and Jamie Foxx which sampled the Luther Vandross’ version of “A House Is Not a Home,” a Modern Rock Tracks hit with “I Just Don’t Know What to Do With Myself” by the White Stripes, a Club Play Hit on the dance chart with Cyndi Lauper’s “Walk On By,” and Steve Tyrell’s “This Guy’s in Love” album continued its run as #3 on the BILLBOARD’s Top Contemporary Jazz Album chart. Bacharach and David enjoyed another top ten hit in November, 2003, when their song, “The Look of Love,” was sampled in Ashanti’s “Rain on Me.”

The Saban Theatre has been both a significant cultural and architectural landmark for Los Angeles and Beverly Hills since its opening as the Fox Wilshire Theatre on September 19, 1930. It was originally designed with 2500 seats by noted theatre architect S. Charles Lee to be a major film presentation house, even including a stage for Vaudeville acts before the films.

Over its 85-year history, the Saban has been the site of numerous film premieres, exclusive first-run film engagements, live concerts and touring Broadway shows. Despite several renovations, the interior remains mostly intact with its columned two-story rotunda lobby, spacious orchestra and balcony level seating for 2,000, and its silver, gold and black proscenium and organ screens. The connection with architect S. Charles Lee, a long-time resident of the city of Beverly Hills, makes the Saban significant also as an example of Lee’s transition from the French Regency style of the Tower Theatre and other Los Angeles Theatres to the nascent Art Deco style that would come to dominate movie palace architecture in the 1930s.

The Saban Theatre opened as the Fox Wilshire Theatre and for several decades was one of 20th Century Fox‘s premiere theaters, serving as a movie palace until a 1981 renovation converted it into a stage venue. It was operated by the Nederlander Organization from 1981 to 1989. It is now regularly used as a live performance venue for comedy, music, television, film shoots, screenings, and community intercultural events such as  PaleyFest. Temple of the Arts has owned and operated the theatre since 2005. Sterling Venue Ventures, led by Lance Sterling currently produces over 50 concerts and events at the Saban per year. Notable performers Sterling has brought to the theatre include Marillion, Paul Anka, Burt Bacharach, Frankie Valli, Styx, George Thorogood, Kenny Loggins, Todd Rundgren, and Morris Day