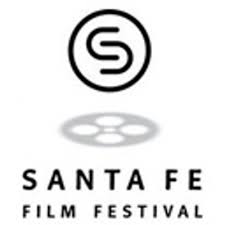 Santa Fe, NM (The Hollywood Times) 12/5/16 – The 16th annual Santa Fe Film Festival launches on Wednesday, Dec. 7, and continues through Dec. 11, with screenings and special events happening all over Santa Fe. This year’s festival highlights Latin American films, art documentaries, and Native cinema and includes discussion panels, workshops, and more. The festival opens with a 7 p.m. screening of filmmaker Maggie Greenwald’s Sophie and the Rising Sun with actor Takashi Yamaguchi (Letters From Iwo Jima), who will be in attendance for an audience Q&A after the film.

The screening follows a reception for festival passholders at the Gerard Vachez Gallery at 5 p.m. The gallery is showing Faces of Film, an exhibit of artist Grant Kosh’s portraits of legends of the silver screen.

On Thursday, Dec. 8, Tadashi Nakamura’s film Mele Murals, showing with the documentary short Arctic: Change at the Top of the World. A shorts program, Love Is Strange, screens at 1 p.m. Also on Thursday is Prison Dogs, along with the shorts The Gathering and Patarei Prison, at 3 p.m., and a Native Shorts program at 5:30 p.m. that includes the films Un Jour, The Hero Pose, How to Steal a Canoe, and more.

the short A Done Deal, both showing; The Other Kids with the short Towed and the documentary A Dangerous Idea, with the short Hold on to You. Celebrity appearances over the course of the festival include John Benjamin Hickey, Daphne Zuniga, and Julia Jones, all of whom appear in the festival film Search Engines on Saturday, Dec. 10.

Also on Saturday, Dec. 10, Art of the Prank, a documentary on media hoaxer Joey Skaggs, and the short Getting Ed Laid. The Jean Cocteau screens the drama Kensho at the Bedfellow, and Domenica Cameron-Scorsese’s comedy Almost Paris plays with the short The Joneses.

On Sunday, Dec. 11, the Turkish drama My Mother’s Wound at, Ridley Scott’s beloved 1991 crime drama Thelma & Louise plays at., and The Screen shows and LGBT shorts program. The Scottish Rite Center hosts a panel, “From Stage to the Screen,” at 1 p.m., followed by an acting workshop with Benjamin Hickey. The annual awards ceremony, also at the Scottish Rite Center, starts at 4 p.m. and honors Santa Fe’s own Jon Bowman — film critic, manager of the Jean Cocteau, and the festival’s co-founder — who also served as its executive director for the first decade.

Tickets for individual screenings are available at the theaters. All-access VIP passes ($299) are available through the festival website. For a complete schedule of screenings and events, visit www.santafefilmfestival.com or call 505-216-6063.

HIT THE ROAD: A Journey to the Border of Iran

FIREBIRD: Forbidden Gay Love Back in the USSR