Beverly Hills, California (The Hollywood Times) 9/13/16 –  “last summer I was on the phone with Aaron Kaplan and I live on the East coast and he was pitching me a few ideas and then I said I have just become the second fattest housewife in my town and he said ‘well there is your show’. It’s based a lot on my own life.”  Sarah Dunn, Creator & Executive Producer of ABC’s new comedy show American Housewife told the audience that gathered at the Paley Center for Media last Saturday afternoon.

Celebrating its 10th anniversary, PaleyFest Fall TV Previews has been a week-long festival from September 8-15, 2016, featuring the biggest stars of Fall TV’s most anticipated new series. Fans enjoy premiere screenings and panel conversations with the stars at the Center’s Beverly Hills location.

Hulu will exclusively stream a selection of clips and the full-length discussions throughout the festival at hulu.com/PaleyFest. Citi returns as the Official Card.

Kenny Schwartz, Executive Producer, told The Hollywood Times that this show is based on Sarah Dunn’s life back east and it’s been great working with her.  The show is scheduled to air on Tuesday, October 11th on ABC.  He has worked on Modern Family and did American Dad for years with Seth McFarland, who he just loves and he and Rick created a show called Two Guys and a Girl and a Pizza Place with Ryan Reynolds who was 20 years old a Canadian boy and he said it was really a great and fun show.  He also worked on Gallivant, show but it truly loved doing it.

Katy Mixon said she really loves the show and is enjoying narrating the show as well and it’s a whole new adventure for her, that you literally hear her character’s inner thoughts going on and it seems so special to her and she enjoyed the voiceover of the character.

The panel between the cast and executive producer’s above was really a great and humorous.  Sarah Dunn said that the main character, Katie is actually named after her sister and at first her sister wasn’t amused that Sarah used her name, but once the show got picked up, she changed her mind.  Sarah went on to say that Diedrich’s character, Sarah’s husband is pretty spot on to her real husband.  Katy Mixon was their first choice as the character of Katie and Katy Mixon had just finished Mike and Molly a few weeks earlier.  Diedrich and Katy literally ran into each other in the hallway of their perspective reading and they both said they were big fans of each other and the rest was history. They really had the chemistry it took to work together as husband and wife for the reading to get the part and Katy told the producers, “he’s the one!”

Carly Hughes, who plays Angela said “Angela is a great character to play, she is a firecracker, much like myself. They have this great bound, this friendship, the three of them, which I have playfully classified as the three misfits in the Westport Connecticut town labeled by herself.  On the show I play a lesbian, which I am not in real life, but I am grateful to be portraying another human being in this world who goes through a divorce, the children, the ups and downs of the world, love and lost.  It’s just a person and it doesn’t have to me about that.  I’m so excited about it.”  She told the audience to watch the show to see how her character Angela handled her divorce and love life after that.

Julia Butters, (Daughter of Darrin Butters, an animator at Walt Disney Animation Studios who worked on Zootopia, Big Hero 6 & Frozen), who plays Anna-Kat most definitely stole the panel away from the grown-ups, she was just so precious and had the audience in tears of laughter.  The other kids on the show, Meg Donnelly and Daniel DiMaggio had to wait their turn to talk about the show.  They are having a great time like being a big happy family. Julia Butters said they share beautiful moments together on set and she loves acting with everyone because they are so nice and they can actually be here real family.

Daniel DiMaggio, who plays Oliver said that “it has been a great experience having two moms and having lots of experience with what do you call us, millennials. It’s been a fun experience working with everyone.”

Meg Donnelly, who plays Taylor, said “it has felt like they are having a family reunion and they all treated me like I was their daughter and we are all having such fun, like one big happy family, it’s been amazing.”

Sarah Dunn told the audience that they are going to have holiday episodes and they have filmed a great Halloween episode.  Katy has a scene in that episode that just made the entire cast laugh while filming it.

Katy Mixon said this about the character she plays on the show:  “I think what is so special, is that anyone can relate to insecurities, no matter what gender you are, wherever you come from. You can be from Miami, a little town in Wichita, New York, everybody relates to it and I think it’s about her recognizing her insecurities, walking through the fire and not looking to the left or the right. The strength of the show, I think, comes from each episode where she comes to a new realization of that it’s going to be okay, not all perfect.”

Aaron Kaplan said “they is going to be a spin off by the way,” since Julia Butters continued to be the one talking each time one of the cast members were done.

Julie Butters said “It’s a family comedy, it’s ABC funny!  (laughter erupts)  It’s so much fun to work on the show because there are a lot of funny characters here and you get to be a different person come to life.  I know what it feels like to be the baby of the family so I’m still feeling that.  I feel a little more safe now because there are other kids in my family now.”

It’s quite everything that I’ve been wanted to do. I finished doing the Mike and Molly show on January 29th and then four days later walked in and me them and the rest is history.  It was attractive to me as an actor to be able to play a role where she is flawless and she is able to see her do better and failing.  Just the script alone and the concept alone, I could not be more grateful to be a part of.  A godsend to be able to be part of it.”

Aaron Kaplan said all of his past shows are different, but what he really loves about this this show is that came from a real place.  “All of this humor and scripts are so well written and coming from real life and experiences and when you are talking about comedy and real life you get something like American Housewife and that is what make me so excited about the show.”

This is going to be a great family comedy show for ABC, so don’t forget to tune in on October 11th, Tuesday night at 8:00 pm.

Tickets may still be available for purchase at: paley.me/previews for the following shows: 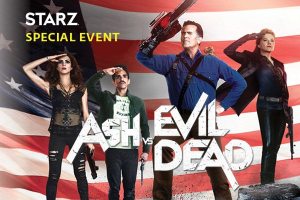 American Housewife (original title: The Second Fattest Housewife in Westport) is an upcoming American sitcom television series that will debut as a Tuesday night entry in the 2016–17 television season on ABC. Created and written by Sarah Dunn and co-executive produced with Aaron Kaplan, Kenny Schwartz, Rick Wiener, and Ruben Fleischer, the Kapital Entertainment–ABC Studios co-production was greenlighted to series order on May 12, 2016. A preview was released on May 17, 2016. The series is set to premiere on October 11, 2016

The series chronicles the daily life of an average wife and mother who tries to stand out among the housewives and their privileged children in her hometown of Westport, Connecticut.

About the Paley Center for Media 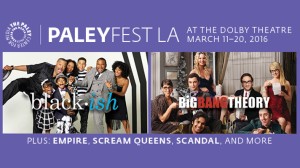 The Paley Center for Media, with locations in New York and Los Angeles, leads the discussion about the cultural, creative, and social significance of television, radio, and emerging platforms for the professional community and media-interested public.

Mission – The Paley Center for Media, with locations in New York and Los Angeles, leads the discussion about the cultural, creative, and social significance of television, radio, and emerging platforms for the professional community and media-interested public.

History – Important dates in the life of the institution

Parking is located directly across the street from the Paley Center in the City of Beverly Hills parking structure located at 345 North Beverly Drive adjacent to Crate & Barrel. Street parking is also available in the area.