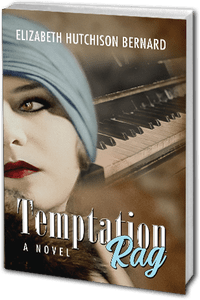 There is still time to order this book on Amazon and get it in time for Christmas.  Click the link to order your copy today: 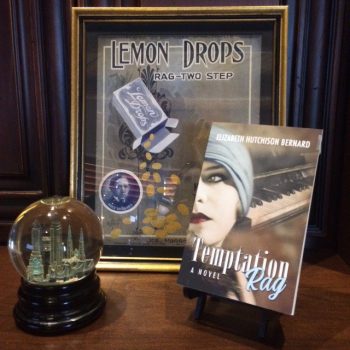 From the first page Act 1 1895-1896 with a poem by Paul Laurence Dunbar called “The Colored Band,” that will definitely get you turing the next page.

From Sedalia, Missouri to New York City, the real-life characters that Ms. Bernard has written about in her new novel Temptation Rag will actually take you to that era in the late 1800s and the early 1900s.  Great stories of ragtime music and those that started the whole thing.

Although this novel is fiction, I felt as though it was a non-fiction throughout the entire book.  I was so caught up in the lives of her characters, that I even heard ragtime music in my head. I could not put the book down.

It is great and thrilling at times, an easy read about these real-life characters that capture your heart and mind.  Her main character May Convery had a dream to be a poet and that dream takes her into an unexpected life-changing event.” Judy Shields, The Hollywood Times

Evocative of the turn-of-the-century ragtime era in New York City, Temptation Rag, A Novel is the second release by award-winning historical fiction novelist Elizabeth Hutchison Bernard released this December, perfect for cozy winter-time reading. A remarkable story about the price of freedom, the longing for immortality, and the human need to find forgiveness, this richly fictionalized historical saga spans 30 years and features an unforgettable cast of real-life characters, from vaudeville’s greatest stars to the geniuses of early African-American musical theater.

Temptation Rag’s female protagonist is May Convery, a privileged yet unhappy young woman living in Victorian-era New York City who dreams of becoming a poet. Against her parents’ wishes, she boldly pursues a relationship with Mike Bernard, a poor but talented aspiring concert pianist. After their secret liaison is discovered, neither is prepared for the far-reaching consequences that will haunt them for decades. As Mike abandons serious music to ruthlessly defend his hard-won title, “Ragtime King of the World,” May struggles to find her voice as an artist and a woman. It isn’t until years after their youthful romance, when they cross paths again, that they must finally confront the truth about themselves and each other. But is it too late?

“This is a story I felt was important to tell,” says Bernard. “I was drawn to it, at first, because my husband’s grandfather, Mike Bernard, was such a prominent part of the ragtime era in New York. But when my research led me to discover the significant controversies surrounding ragtime music, particularly regarding some of the injustices suffered by African-American musicians during that time, I realized there was a much bigger story here. My goal as a writer was to craft a novel with historical color and emotional impact, and, in the course of a compelling and fast-moving tale, to raise some essential but perplexing questions about human nature.”

“Temptation Rag draws on historical accounts in books, articles, and family records concerning the lives and personalities of real people of the ragtime era. While much of the story is fiction, and certain dates have been altered for the sake of continuity, many important elements reamin strongly rooted in historical fact.

I am not a scholar of ragtime music, but it was my aim to give readers at least a sense of its phenomental popularity as well as the controversy surrounding this uniquely American musical genre.”