West Hollywood, CA (The Hollywood Times) 4/13/22 – I started following Telling Secrets a few months ago when their music caught my complete attention. I knew the songs were good. The songwriting was good. I loved Vik Kovacs’ amazing voice and I quickly became a fan of their music. Then, I got to see a show. 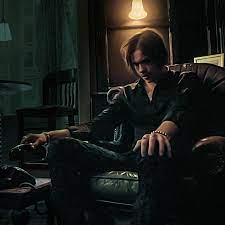 What I wasn’t expecting was to see such a great show! Vik fully commanded the stage as Telling Secrets dented the sunset strip during their sold-out debut show at the Viper Room in Los Angeles. Vik took the stage and began charming the audience with a collection of brand new material, among which their trilogy of releases was present.

The band has made three releases so far, Secret Lies, Casting Stones, and The Fall. All of which make up a 13-minute visual story through their music videos. You must check out these high-quality music videos! https://www.youtube.com/watch?v=1778L8yovac

Secret Lies is the introduction for the band which is about deception, guilt, and anticipation of the future. The lyrics are represented visually through individual performance shots of the band to represent constriction, coupled with Kovacs writing secrets and confessions into a hidden book.

Casting Stones reveals the book to the female counterpart of the story who is hurt and broken upon reading it. This chapter is a representation of self-reflection and standing up to the consequences of one’s actions.

The Fall concludes the tale with a reverse Romeo + Juliet chapter, with the girl taking poison to end her pain found within the book. Regret leads Vik Kovacs’ character to follow her in death to conclude his self-destruction.

Advertisement
Telling Secrets will constantly be updating their catalogue with fresh releases and show announcements throughout 2022. The band just performed at the famous Whisky a Go-Go and are due to headline The Virgil in Los Angeles on April 29th. Tickets are available through their Instagram page:
https://www.instagram.com/tellingsecrets/ 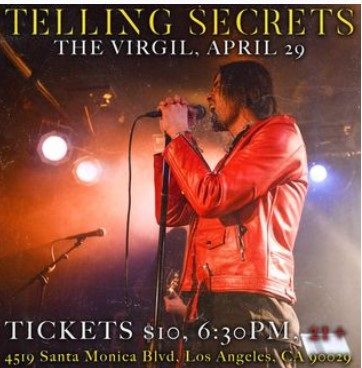 I, for one, will be sure to catch another show.
Vik Kovacs – Vocals/SongwriterScott Mik – GuitarDennis NZL – GuitarNachiket (Nash) Karekar – Drums