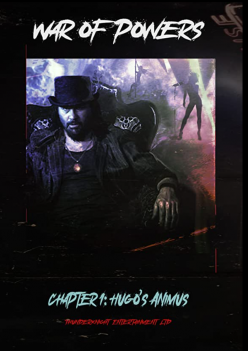 Synopsis: For Centuries, men of power have searched for The Dagger Of Destiny. A dagger so dangerous that Hitler commanded armies to find it for world conquest. Now, the knowledge of its location is in the grasp of gangster, HUGO UMBRA (Tyson). Hugo’s mission is to secure intel to find it, and ultimately please his boss; the warlord leader of “The Black Sun” mafia ‘CYPRESS APHELION’ (Wells). 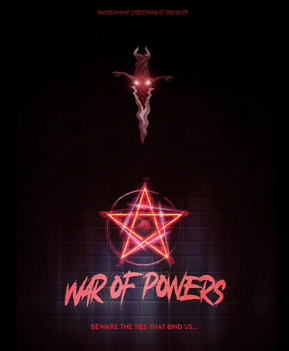 Hugo inherits the “Voodoo Show club”, which is used to control the powerful and corrupt. To keep a seductive grasp on the city…Hugo integrates a secret “Speakeasy” lounge into the show club and invites enchanting vocalist “NALUM BRAMLETT” into the family…but, speak of the devil and she shall appear.
Now Hugo faces his ultimate challenge. To succumb to Nalum’s seductions, or to utilize her charms in his favor to destroy Cypress, find the dagger for himself, and conquer the world and everything in it! Erika Monet Butters, Brittany Murata, and CJ Dunning round out the cast of this ThunderKnight Entertainment production.
Here’s the teaser trailer:
View the Trailer of “War of Powers”