Rancho Cucamonga, California (The Hollywood Times) 06/29/2021  – TCM Announces Lucille Ball and The Bonfire of the Vanities for New Seasons of Hit Podcast The Plot Thickens

Welcome to The Plot Thickens, a documentary podcast about the movies and the people who make them. Our second season is The Devil’s Candy, the inside story of how a star-studded movie with all the makings of a hit ended up a cautionary tale for the ages. 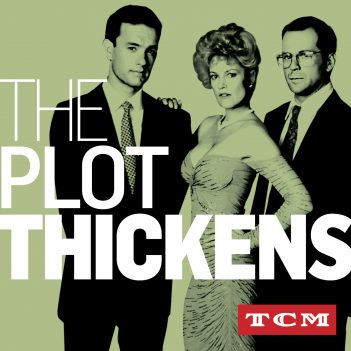 The Bonfire of the Vanities was one of the best-selling novels of the 1980s and had all the makings for a hit motion picture: a dark comedy with heart and bite, an A-list director and a star-studded cast. The most powerful movie studio in the world behind it. It then became known as a box-office disappointment, and the making of it was all witnessed by one woman, Julie Salamon, a journalist embedded in the production. Nobody noticed Salamon, but she noticed everything, documenting every argument, every wrong turn, every well-intentioned decision. When the dust settled, she turned her experience into the best-selling book The Devil’s Candy.

So what went wrong?  Come with us onto the closed set and hear actual recordings of Brian De Palma, Tom Hanks, Melanie Griffith and others, as they chased the ultimate reward, the fabled Hollywood blockbuster. This was The Devil’s Candy, the promise of riches and fame, accolades and Oscars – a prize so irresistible that they ignored the mounting troubles.

“There have been plenty of lemons in movie history, but none that have been so meticulously recorded,” said TCM Primetime Host Ben Mankiewicz. “Julie Salamon’s book was a gift to film lovers, film students, and perhaps most critically, movie executives. She lays out a blueprint for what will go wrong if you lose your way.  We’re thrilled to bring her book and her recordings to life with this season of the podcast.”

The Bonfire of the Vanities makes its TCM premiere on Monday, July 5, as part of a night dedicated to Brian De Palma:

The first trailer for Season 2: The Devil’s Candy can be downloaded on Apple Podcasts or wherever you get your podcasts.

Don’t forget to watch it tonight and enjoy the roundtable discussions.

About The Plot Thickens

The Plot Thickens is the first official podcast from Turner Classic Movies (TCM) about movies and the people who make them.  Season one was a seven-episode documentary about the life and work of Oscar®-nominated director, writer, and actor Peter Bogdanovich titled “I’m Still Peter Bogdanovich” that launched in May 2020. The first season garnered more than one million downloads within two months and several industry awards: it was named a Webby Honoree; won best podcast website from the 2020 Adweek Podcast Awards; and was nominated for best entertainment podcast at the inaugural Ambie Awards. 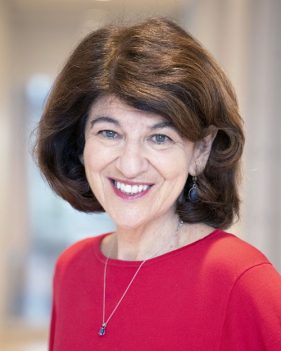 Julie Salamon is an American author, critic and storyteller.

She was a reporter and chief film critic at The Wall Street Journal and then culture reporter and TV critic at The New York Times.  Along the way she started writing books—eleven of them, fiction and non-fiction, for adults and children.  Her work has appeared in magazines (including The New Yorker, Vanity Fair, Vogue, Bazaar, Town and Country and The New Republic) and several anthologies.

The books have received wide critical and popular attention, among them the international best seller The Devil’s Candy, considered a Hollywood classic and Wendy and the Lost Boys, the New York Times best-seller biography of playwright Wendy Wasserstein. Her latest book, An Innocent Bystander, was published in 2019 by Little, Brown.  Julie just completed “Unlikely Friends,” a memoir for Audible Original, scheduled for release in summer,2021.

The Devil’s Candy has been getting a lot of attention this year, the 30th anniversary of its publication.  The book is the subject of a Turner Classic Movies and Campside Media co-production, Season Two of TCM’s hit podcast series The Plot Thickens, with Ben Mankiewicz and Julie Salamon as co-hosts. Hachette Book Group is publishing a new edition of the book, with an updated postscript by the author. And Tantor Media is issuing an audiobook version, which Julie is narrating.

Daughter of Czech immigrants who were Holocaust survivors, Julie grew up in Seaman, Ohio, a rural village of 800, where her father was the town doctor. She is a graduate of North Adams (Ohio) High School, Tufts University and New York University School of Law.

Julie has spent her adult life in lower Manhattan, together with her husband Bill Abrams and their children Roxie and Eli and their various pets, including their current pup Frankie. Julie is board chair of BRC, a leading non-profit organization in New York City that provides housing and treatment services to thousands of homeless adults. She also serves on the board of her synagogue, The Village Temple, as well as the board of the American Jewish Historical Society.