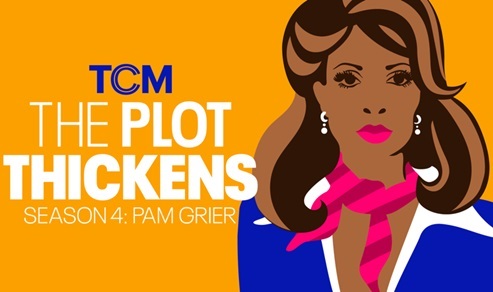 “The word ‘iconic’ is overused in this industry, but Pam has been a true revolutionary regarding the depiction of Black women in Hollywood,” said host Ben Mankiewicz. “Pam’s characters are unapologetic, tough and fiercely independent, just like she was when she started in Hollywood five decades ago and remains to this day.”

In August of 1973, an unknown Black actress named Pam Grier knocked James Bond out of the number one spot at the box office. Pam was the lead in Coffy, a Blaxploitation film with a ridiculously low budget, tons of nudity, and blood-splattering violence. Pam was just 24, and she was suddenly Hollywood’s first female action hero.

Audiences were captivated, but Hollywood executives were dismissive of Pam. She called out studio hypocrisy and pushed for meaningful roles that had depth. When Hollywood would get too toxic, she’d leave town. Turns out the movies needed Pam Grier a lot more than Pam Grier needed the movies. Now, at 72, she’s started to reckon with her career, her choices, and the events of her life.

Stay tuned this summer for the first trailer for season four of The Plot Thickens. Previous seasons are available on Apple Podcasts or wherever you get your podcasts.

About The Plot Thickens

The Plot Thickens is the official podcast from Turner Classic Movies (TCM) about movies and the people who make them. Season one premiered in May 2020, diving into the life and work of Oscar®-nominated director, writer, and actor Peter Bogdanovich.  Season two, “The Devil’s Candy,” launched in June 2021 and chronicled the tumultuous production of the 1990 film The Bonfire of the Vanities. Season three uncovered fresh insights into the life and times of the iconic Lucille Ball and debuted in October 2021. The podcast has garnered more than six million downloads and several industry awards: it was named a Webby Honoree in 2021 and 2022; won best branded podcast from the 2021 Adweek Podcast Awards; and was nominated for best entertainment podcast at the Ambie Awards two years in a row. It has been featured on “best-of” lists from The New York Times, Entertainment Weekly, NPR and Vanity Fair.

Turner Classic Movies (TCM) is a two-time Peabody Award-winning network that presents classic films, uncut and commercial-free, from the largest film libraries in the world highlighting “where then meets now.” TCM features the insights from Primetime host Ben Mankiewicz along with hosts Alicia Malone, Dave Karger, Jacqueline Stewart and Eddie Muller, plus interviews with a wide range of special guests and serves as the ultimate movie lover destination. With more than two decades as a leading authority in classic film, TCM offers critically acclaimed series like The Essentials, along with annual programming events like 31 Days of Oscar® and Summer Under the Stars. TCM also directly connects with movie fans through popular events such as the annual TCM Classic Film Festival in Hollywood, the TCM Big Screen Classics screening series, and the TCM Classic Cruise. In addition, TCM produces the wildly successful podcast “The Plot Thickens,” which has had more than 6 million downloads to date. TCM hosts a wealth of material online at tcm.com and through the Watch TCM mobile app. Fans can also enjoy a classic movie experience on the Classics Curated by TCM hub on HBO Max.