Celebration to Take Place April 27 as Part of the 2018 TCM Classic Film Festival
Turner Classic Movies (TCM) today announced it will honor industry icon Cicely Tyson with a hand and footprint ceremony at the world-famous TCL Chinese Theater IMAX® in Hollywood during the ninth annual TCM Classic Film Festival on Friday, April 27. Tyson, an Emmy® and Tony Award® winner and an Oscar® and Golden Globe® nominee, has worked in the entertainment industry for more than sixty years and has long been known for both her activism efforts and for the dynamic characters she has brought to life in film, television and theater.


From her acclaimed performance in the groundbreaking film Sounder (1972) to her work in the seminal television movies Roots (1977) and The Autobiography of Miss Jane Pittman (1974) to her award-winning role in the Broadway revival The Trip to Bountiful (2013), Tyson has been a tireless performer and a champion of civil liberties for decades. She has garnered recognition from industry awards groups and civil rights organizations throughout her storied career and has been a recipient of top honors from the NAACP and the Kennedy Center, among many others. Notably, she is also one of the few actors to win two Emmys in the same year – for Best Lead Actress in a Drama and Actress of the Year – for her eponymous role in The Autobiography of Miss Jane Pittman. In 2016, Tyson was bestowed with the Presidential Medal of Freedom, the nation’s highest civilian award. 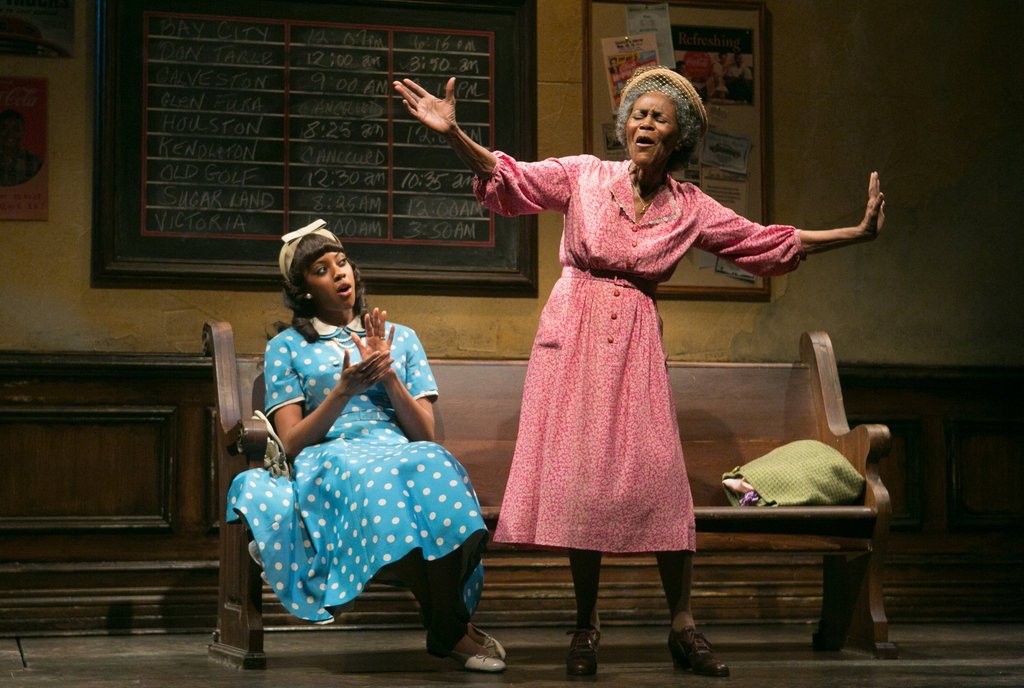 “For decades, Tyson has been at the forefront of a shift away from clichéd, stereotypical characters of color to playing multi-dimensional, strong black women. Whether she’s playing a beleaguered mother-in-law on Broadway in The Trip to Bountiful (and winning a Tony), or a woman who endures the black experience in America from slavery to civil rights in The Autobiography of Miss Jane Pittman (and winning an Emmy), or the proud and resilient matriarch of a depression era Louisiana family in Sounder (and earning an Oscar nomination), Cicely Tyson has set a standard of excellence for actresses of all backgrounds on the stage and screen.”
This marks the eighth consecutive year TCM has featured a hand and footprint ceremony at the legendary TCL Chinese Theatre IMAX®. In 2012, Kim Novak was the honoree, followed by Jane Fonda in 2013, Jerry Lewis in 2014, Christopher Plummer in 2015, Francis Ford Coppola in 2016, and Carl and Rob Reiner in 2017.

About The TCL Chinese Theatre IMAX ®
Since 1927, The TCL Chinese Theatre has been the home of the most important, star powered red carpet movie premieres and special events, where Hollywood’s biggest and brightest talents have come to watch their movies. The most famous movie theatre on the globe is world-renowned for its unique forecourt of the stars, featuring cement hand and footprints of major movie stars, from Marilyn Monroe to Brad Pitt, and numerous stars from all eras of Hollywood. In 2013, the main theatre was relaunched as the world’s largest IMAX® theatre.
About the 2018 TCM Classic Film Festival

For the ninth consecutive year, thousands of movie lovers from around the globe will descend upon Hollywood for the TCM Classic Film Festival.
The 2018 festival is set to take place Thursday, April 26 – Sunday, April 29, 2018. Over four packed days and nights, attendees will be treated to an extensive lineup of great movies, appearances by legendary stars and filmmakers, fascinating presentations and panel discussions, special events and more.

TCM Primetime host Ben Mankiewicz will serve as official host of the TCM Classic Film Festival. The festival’s official hotel and central gathering point for the ninth consecutive year will be The Hollywood Roosevelt Hotel, which has a longstanding role in movie history and was the site of the first Academy Awards® ceremony. The Hollywood Roosevelt Hotel will also offer special rates for festival attendees. Screenings and events during the festival will be held at the TCL Chinese Theatre IMAX, the TCL Chinese 6 Theatres and the Egyptian Theatre, as well as other Hollywood venues.
Description of the 2018 festival theme Powerful Words: The Page Onscreen
Writing focuses visions, reflects our feelings and inspires great performances on both sides of the camera. Join us for the 2018 TCM Classic Film Festival, celebrating the representation of the written word on the silver screen. From original screenplays to unique adaptations to portrayals of writers real and imagined, we will celebrate the foundation of great film: the written word.
http://filmfestival.tcm.com/