Turner Classic Movies (TCM) today announced it will honor iconic actress and comedian Lily Tomlin with a hand and footprint ceremony in the courtyard of the world-famous TCL Chinese Theatre Imax® in Hollywood during the 13th TCM Classic Film Festival on Friday, April 22. In addition, the third Robert Osborne Award, recognizing an individual who has helped keep the cultural heritage of classic film alive for future generations, will be presented to one of the world’s most respected film critics and historians, Leonard Maltin.

Festival passes for the annual event are currently on sale, with Early Bird pricing in place until December 10th.

In conjunction with the honors at the event, Maltin will introduce a screening of Counsellor at Law (1933) starring John Barrymore during the festival. Fans can also enjoy screenings of newly announced titles – After the Thin Man (1936), Hail the Conquering Hero (1944), Force of Evil (1948), Baby Face (1933), and The Slender Thread (1965).

“I am thrilled that the TCM Classic Film Festival will be returning to Hollywood in 2022 and that we’ll have the opportunity to celebrate these two legitimate legends in-person,” said Ben Mankiewicz, TCM primetime anchor and official host of the TCM Classic Film Festival. “Lily Tomlin’s work has endured for decades because she brings a consistent joyous authenticity and richness to every character she plays. She pulls it off whether she’s performing sketch comedy on Rowan & Martin’s Laugh-In; working inside an ensemble cast in Robert Altman’s Nashville; trying to sneak a dead body out of a hospital with Jane Fonda and Dolly Parton in 9 to 5; reinventing herself in Grace and Frankie; or breaking new ground in her innovative one-woman show, The Search for Signs of Intelligent Life in the Universe,” Mankiewicz said. “And Leonard Maltin continues to be an indispensable source of film knowledge. His books were IMDB and Wikipedia in a pre-internet age. If you didn’t have a copy – or six – of Leonard Maltin’s Movie Guide, you weren’t a serious film buff. He made information about movies accessible and compelling to millions of fans. I know because I was one.”

Tomlin, a Tony®, Grammy®, eight-time Emmy® and two-time Peabody Award® winner, has had a remarkable career starting in the 1960s starring in cinematic classics, television staples and on stage.  This marks the tenth year TCM has featured a hand and footprint ceremony at the legendary TCL Chinese Theatre IMAX®. In 2011, Peter O’Toole was the honoree, followed by Kim Novak in 2012, Jane Fonda in 2013, Jerry Lewis in 2014, Christopher Plummer in 2015, Francis Ford Coppola in 2016, Carl and Rob Reiner in 2017, Cicely Tyson in 2018, and Billy Crystal in 2019.

The Hollywood Times has been honored to be there to since 2014, enjoy our photos

Maltin is best known for his widely-used reference work Leonard Maltin’s Movie Guide and its companion volume Leonard Maltin’s Classic Movie Guide, as well as his 30-year run on television’s The Robert Osborne Award was established at the 2018 TCM Classic Film Festival in honor of the first primetime host and anchor of TCM, who helped millions of viewers discover and enter the world of classic movies, and dedicated his life to preserving and sharing the movies he loved. Past awards have been presented to Martin Scorsese and Kevin Brownlow. Entertainment Tonight. He teaches at the USC School of Cinematic Arts and hosts the weekly podcast “Maltin on Movies” with his daughter Jessie.

The Robert Osborne Award was established at the 2018 TCM Classic Film Festival in honor of the first primetime host and anchor of TCM, who helped millions of viewers discover and enter the world of classic movies, and dedicated his life to preserving and sharing the movies he loved. Past awards have been presented to Martin Scorsese and Kevin Brownlow.

Tomlin and Maltin were announced to receive these honors at the 2020 TCM Classic Film Festival, which was canceled due to the pandemic. To learn more, please visit tcm.com/festival.

About the 2022 TCM Classic Film Festival

Movie lovers from around the globe will descend upon Hollywood for the 13th edition of the TCM Classic Film Festival. The 2022 festival is set to take place Thursday, April 21 – Sunday, April 24, 2022. Over four packed days and nights, attendees will be treated to an extensive lineup of great movies, appearances by legendary stars and filmmakers, fascinating presentations and panel discussions, special events and more.

TCM Primetime host Ben Mankiewicz will serve as official host of the TCM Classic Film Festival. The festival’s official hotel and central gathering point will be The Hollywood Roosevelt Hotel, which has a longstanding role in movie history and was the site of the first Academy Awards® ceremony. The Hollywood Roosevelt Hotel will also offer special rates for festival attendees. Screenings and events during the festival will be held at the TCL Chinese Theatre IMAX®, the TCL Chinese 6 Theatres, the Hollywood Legion Theater at Post 43, as well as other Hollywood venues. For the latest news and information, follow us on social at #TCMFF.

This year’s theme is “All Together Now: Back to the Big Screen.” In 2022, reunite with fellow fans, the movies, the memories, the stars, and the glamour. It’s all back live and in person, just as it should be and where it all began in Hollywood. From high school reunions to homecomings, TCM will celebrate milestones from the past as we look forward to making new memories together. 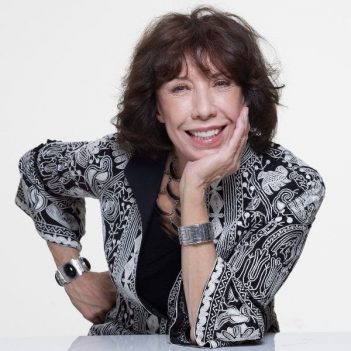 Lily Tomlin, one of America’s foremost comediennes, continues to venture across an ever-widening range of media, starring in television, theater, motion pictures, animation, video, and social media.  Throughout her extraordinary career, Tomlin has received numerous awards, including: eight Emmys, with 25 primetime and five daytime nominations; a Tony for her one woman Broadway show, Appearing Nitely; a second Tony for Best Actress, a Drama Desk Award and an Outer Critics’ Circle Award for her one woman performance in Jane Wagner’s The Search for Signs of Intelligent Life in the Universe; a CableAce Award for Executive Producing the film adaptation of The Search; a Grammy for her comedy album, This is a Recording as well as nominations for her subsequent albums Modern Scream, And That’s the Truth,  and On Stage; and two Peabody Awards–the first for the ABC television special, Edith Ann’s Christmas (Just Say Noël), and the second for narrating and executive producing the HBO film, The Celluloid Closet.  In 2003, she received the Mark Twain Prize for American Humor and, in December 2014, was the recipient of the prestigious Kennedy Center Honors in Washington DC. 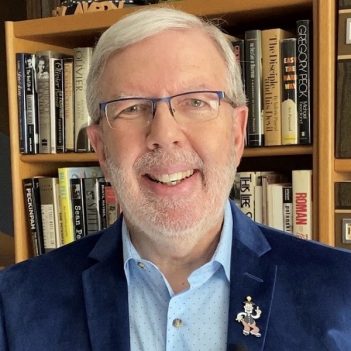 Leonard Maltin is one of the world’s most respected film critics and historians. He is best known for his widely-used reference work Leonard Maltin’s Movie Guide and its companion volume Leonard Maltin’s Classic Movie Guide, as well as his 30-year run on television’s Entertainment Tonight. He teaches at the USC School of Cinematic Arts, appears regularly on Turner Classic Movies, and hosts the weekly podcast “Maltin on Movies” with his daughter Jessie. His latest book is Starstruck: My Unlikely Road to Hollywood; others include Hooked on Hollywood, The 151 Best Movies You’ve Never Seen, Of Mice and Magic: A History of American Animated Cartoons, and The Great Movie Comedians, The Disney Films, and The Art of the Cinematographer. He served two terms as President of the Los Angeles Film Critics Association was appointed by the Librarian of Congress to sit on the Board of Directors of the National Film Preservation Foundation. He hosted and co-produced the popular Walt Disney Treasures DVD series and has appeared on innumerable television programs and documentaries. He is the recipient of awards from the Los Angeles Film Critics Association, American Society of Cinematographers, the Telluride Film Festival, George Eastman House, Anthology Film Archives and San Diego’s Comic-Con International. Perhaps the pinnacle of his career was his appearance in a now-classic episode of South Park. (Or was it Carmela consulting his Movie Guide on an episode of The Sopranos?) He holds court at leonardmaltin.com. Follow him on Instagram, Twitter and Facebook.
About the TCL Chinese Theatres

Since 1927, The TCL Chinese Theatre has been the home of the most important, star powered red carpet movie premieres and special events, where Hollywood’s biggest and brightest talents have come to watch their movies.  The most famous movie theatre on the globe is world-renowned for its unique forecourt of the stars, featuring cement hand and footprints of major movie stars, from Marilyn Monroe to Brad Pitt, and numerous stars from all eras of Hollywood. In 2013, the main theatre was relaunched as the world’s largest IMAX® theatre.