Turner Classic Movies (TCM) announced it will honor iconic comedian, actor and author Billy Crystal with a hand and footprint ceremony at the world-famous TCL Chinese Theater IMAX® in Hollywood during the tenth annual TCM Classic Film Festival on Friday, April 12. Crystal, a Tony Award® and six time Emmy® winner and Golden Globe® nominee, has had a remarkable career from starring in cinematic classics such as The Princess Bride (1987), When Harry Met Sally… (1989), City Slickers (1991) in addition to hosting the Academy Awards nine times.

“Billy Crystal has long been among the most versatile talents working in Hollywood. And I say ‘talent’ because Billy is so much more than an actor. Trying to define his career into a signature role or moment feels futile. Is it his lead performance in When Harry Met Sally, the ensemble he led in City Slickers, or his scene-stealing supporting part as Miracle Max in The Princess Bride? Then again, it might be his prodigious resume of voice acting work or his consistently impressive work hosting the Academy Awards, which he’s done nine times (only Bob Hope has done it more). From Soap to Monsters, Inc. Crystal has emerged as one of the great story tellers of his generation – on the big screen, the small screen, and in front of a live audience,” said Ben Mankiewicz, TCM primetime anchor and official host of the TCM Classic Film Festival. “For these and a fifty other reasons, we’re thrilled to be able to honor Billy for his contributions to this industry with a hand and footprint ceremony outside the TCL Chinese Theater.”

This marks the ninth consecutive year TCM has featured a hand and footprint ceremony at the legendary TCL Chinese Theatre IMAX®. In 2011, Peter O’Toole was the honoree, followed by Kim Novak in 2012, Jane Fonda in 2013, Jerry Lewis in 2014, Christopher Plummer in 2015, Francis Ford Coppola in 2016, Carl and Rob Reiner in 2017 and Cicely Tyson in 2018.

Tony and Emmy Award-winning comedian, actor, producer, writer and director Billy Crystal is known to audiences around the world as the star of such feature films as WHEN HARRY MET SALLY… (1989), City Slickers (1991) and Analyze This (1999); as a cast member of NBC’s Saturday Night Live; and as the acclaimed nine-time host of the Academy Awards.

Crystal landed his first major television role in 1977 on the comedy series Soap, playing Jodie Dallas, one of the first openly gay characters on TV. In 1984, he hosted Saturday Night Live and a few months later joined the regular cast. His best-known SNL creation was Fernando, an unctuous talk show host whose tagline, “You look mahvelous!” entered the popular lexicon.

In 2017, he completed a 30-city North American tour, which garnered rave reviews in every market. The previous year, Crystal embarked on a hugely successful and critically acclaimed 13-day tour in six major cities of Australia and New Zealand.

In 2015, Crystal made his return to series television opposite Josh Gad in the FX series The Comedians. Crystal portrayed a superstar veteran comedian who is reluctantly paired with Gad, an edgier up-and-coming star, in an unfiltered, behind-the-scenes look at a late-night sketch comedy show where egos and generations collide.

Crystal’s many feature-film credits include the buddy cop comedy Running Scared (1986), Rob Reiner’s comic fairy tale The Princess Bride (1987) and Danny DeVito’s dark comedy Throw Momma from the Train (1987). But his breakthrough role came in 1989 when he starred opposite Meg Ryan in Reiner’s When Harry Met Sally…, which became a romantic touchstone for a generation of moviegoers. Other iconic titles include Mr. Saturday Night (1992) and America’s Sweethearts (2001). In addition, he starred opposite Bette Midler and Marisa Tomei in the 2012 Christmas family comedy Parental Guidance, which he also produced.

He is the voice of one eyed Mike Wazowski in Disney-Pixar’s animated global blockbusters Monsters Inc. (2001) and its prequel Monsters University (2013). As a director, Crystal was nominated for both an Emmy and a Directors Guild Award for his direction of the 2001 HBO movie 61*, which told the dramatic story of the 1961 race between Mickey Mantle and Roger Maris to break Babe Ruth’s single-season home-run record.

In addition to hosting the Oscars nine times—most recently in 2012—Crystal has also hosted the Grammy Awards three times. His work as a host, writer and producer on the televised awards shows has earned him 14 Emmy nominations and five wins. Crystal won a sixth Emmy for his 1989 HBO comedy special, Billy Crystal: Midnight Train to Moscow. Other HBO specials include Billy Crystal: A Comic’s Line and “Billy Crystal: Don’t Get Me Started – The Lost Minutes”

Most recently, Crystal co-wrote, produced and starred alongside Kevin Kline and Annette Benning in Have a Nice Day, a play that was recorded live at The Minette Lane Theatre. It was released on Audible on in November 2018 and became an instant bestseller. In 2013, he wrote the New York Times best-selling memoir Still Foolin’ ‘Em: Where I’ve Been, Where I’m Going, and Where the Hell Are My Keys?, in which Crystal offers his heartfelt and humorous observations on aging. The audiobook version debuted at number one on iTunes and was nominated for a Grammy Award for the Best Spoken Word Album and won the Audiobook of the Year at the 2014 Audies Gala.

Crystal made his Broadway debut in 2004 with the original production of his one-man show 700 Sundays, for which he won a Tony Award. The Broadway production was taped in front of a live audience for an HBO special that aired in April 2014, garnering four Emmy Nominations.

He lives in Los Angeles and New York with Janice, his wife of 46 years.

About The TCL Chinese Theatre IMAX ® 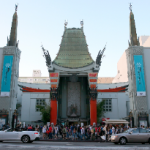 Since 1927, The TCL Chinese Theatre has been the home of the most important, star powered red carpet movie premieres and special events, where Hollywood’s biggest and brightest talents have come to watch their movies. The most famous movie theatre on the globe is world-renowned for its unique forecourt of the stars, featuring cement hand and footprints of major movie stars, from Marilyn Monroe to Brad Pitt, and numerous stars from all eras of Hollywood. In 2013, the main theatre was relaunched as the world’s largest IMAX® theatre.

About the 2019 TCM Classic Film Festival

For the tenth consecutive year, thousands of movie lovers from around the globe will descend upon Hollywood for the TCM Classic Film Festival. The 2019 festival is set to take place Thursday, April 11 – Sunday, April 14, 2019. Over four packed days and nights, attendees will be treated to an extensive lineup of great movies, appearances by legendary stars and filmmakers, fascinating presentations and panel discussions, special events and more.

TCM Primetime host Ben Mankiewicz will serve as official host of the TCM Classic Film Festival. The festival’s official hotel and central gathering point for the tenth consecutive year will be The Hollywood Roosevelt Hotel, which has a longstanding role in movie history and was the site of the first Academy Awards® ceremony. The Hollywood Roosevelt Hotel will also offer special rates for festival attendees. Screenings and events during the festival will be held at the TCL Chinese Theatre IMAX, the TCL Chinese 6 Theatres and the Egyptian Theatre, as well as other Hollywood venues.

Follow Your Heart: Love At The Movies: Whether it’s in the afternoon, at first sight, or in the air, the TCM Classic Film Festival will celebrate love in all of its forms. As we come together for the 10th annual Festival, and the 25th anniversary of TCM, there will be many-splendored moments to revel in romance and obsessions, delight in faithful friendships and surrender to the enduring allure of the silver screen with fellow classic movie lovers.