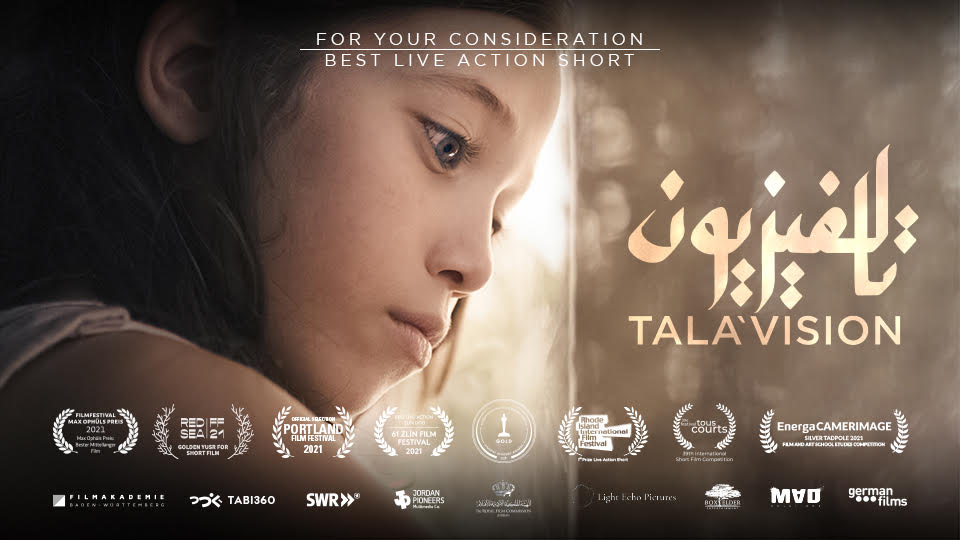 Los Angeles, California, (The Hollywood Times) 1/17/2022 – Director of Tala ‘Vision Murad Abu Eisheh was moved to write the film after he read in the newspaper that ISIS was banning televisions, satellites, and basically all media in Syria in 2014. “I remember it had like a small picture with it and they piled on a lot of TVs and a guy was smashing it with a stick. It was really weird and strange.” 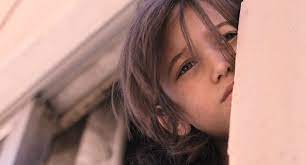 Eisheh went on to tell me that as a child himself, he was very attached to his television set. “I feel it formed the person I am now and I thought if someone would have taken away that TV, I would have been a completely different person. And I just thought about…millions of children actually growing up in Syria and Iraq with no access to the internet and now TVs are gone. What would be their window to the outside world?”

Another thing that inspired him was the desolate look he saw on an orphaned child’s face as she crossed the border between Syria and Jordan, alone. “She was just following people carrying her suitcase on her head. And her facial expression just stayed with me. I just kept wondering what could be her story? How come? I don’t know what a seven or eight year old girl is doing out here on her own? And kind of those two ideas came together, or two thoughts, and I wrote the script.” 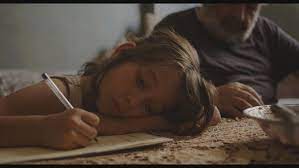 A Jordan native, Eisheh earned his bachelor’s degree in Visual Communications and Design with a focus on filmmaking from the German Jordanian University in 2014 in Amman, Jordan and went on to study directing at Filmakademie Baden-Wurttemberg in Germany.

His heart wrenching film, Tala ‘Vision, portrays an eight-year old Tala, who struggles to live her life of boredom and despair in a war-torn Arab country. Her life is changed forever when she finds a forbidden television in her alley and brings it to her room, unbeknownst to her father. 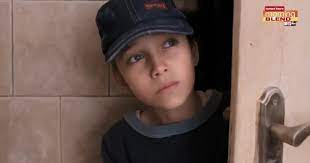 When asked if this is how it is in real life right now in these ISIS-controlled Arab countries, Eisheh said, “Definitely. I mean, it was when we were shooting the film. I felt like ISIS, is, you know, was in a retreat, like this is not happening anymore. It will not happen in the future. And then, to our surprise, to all of us, like history is repeating itself during our lifetimes. It’s only been a few years and now the entire same thing is repeating itself…women are not allowed to travel more than 70 kilometers from their place of residence without a male companion. They’re not allowed to work, and all of the women and children are affected and I wonder why the world is not doing something about all of this.”

When asked about the actress who played Tala, he related, “It was difficult for many reasons. She has Syrian origins and she grew up in the war. She was really young, and I thought this didn’t affect her, but the more I got to know her pre-production, the more I realized that this little girl is traumatized. We wanted to be very delicate in dealing with her and her situation…I spent a month in pre-production just gaining trust. It was exciting and challenging at the same time because she was the first child I directed in my life.” 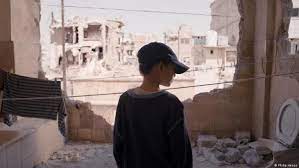 Eisheh’s goal is to highlight the injustices and pose critical questions to the standing socio-political structures of the Arab world. He hopes that the takeaway message from the film will be, “Childhood dreams. I wanted to address where things begin to fall apart. When you are taking away the dreams–the simple little dreams of children–from this small action you are wrecking their dreams at a young age. And I think a lot of people are going through that. They’re growing up with broken dreams. They’re becoming broken adults. And feeding into the circle is understanding and violence that is consuming. So I just wanted to address this, these broken dreams, and how they fit into this infinite cycle of violence.”

Eisheh was shocked to learn how everything collapsed when the United States pulled their military out of Afghanistan. When I said, “And, I mean, people are devastated. It’s a country. It’s a whole country of people who are devastated,” he replied, “Exactly. And half of that country are women. And all those women and children, I just can’t imagine it you know, I feel like that’s why I feel our film is so important right now. It really highlights this point, like it highlights broken childhoods and broken dreams and we really need to make haste to save all of that because once they’re broken, it’s so hard to repair an entire generation of children. We have to somehow find a way to break the cycle, hopefully. Because if no one does anything, it will just continue.”