Led by the beautiful and iconic Terri Nunn, the synth electro-pop band returns to the stage in Southern California to celebrate life and music 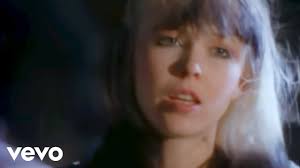 Los Angeles, CA (The Hollywood Times) 08/23/21 – As one of the greatest synth electro-pop bands in history, Berlin returns to Southern California this weekend to take your breath away. Playing at The Canyon in Agoura Hills on August 28th, the Los Angeles-based group is led by iconic singer Terri Nunn, bassist John Crawford, and keyboard player David Diamond. Today, David Diamond mainly plays guitar with Dave Schulz on keyboards. The group is filled out by guitarist Carlton Bost and new drummer Ric Roccapriore. 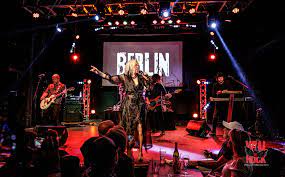 From their first gold-selling debut EP Pleasure Victim in 1982 with the provocative single “Sex (I’m A…),” Berlin has been a mainstay of popularity in the music scene. In 1986, Berlin topped the charts with the single “Take My Breath Away,” the love theme from the Tom Cruise-Val Kilmer hit movie Top Gun. Since the beginning, the band has received a total of twelve gold and platinum album awards. 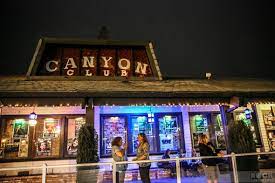 Of definitive significance in modern music history, Terri Nunn’s unyielding influence earned her the #11 spot on VH1.com’s “100 Greatest Women in Rock.” In 1976, Nunn auditioned for the role of Princess Leia in Star Wars, but the part went to Carrie Fisher. In 1985, Nunn briefly dated the late Michael Hutchence of INXS. They met in London while Berlin was recording the album Count Three & Pray. Despite having a fiery start, the relationship ended when INXS returned to Australia. 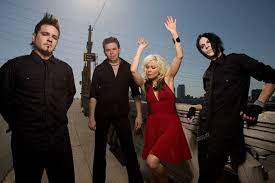 After a decade-long break from the group when she pursued a solo career, Terri Nunn reunited with the band in 1997 to record some new studio material. Berlin also performed a live concert that was recorded. Along with new songs, the concert material was released as 2000’s Berlin Live: Sacred and Profane. The recent surge in popularity led to a flurry of new recording sessions, including co-writing tracks with Billy Corgan of The Smashing Pumpkins. After putting it all together, the magnificent result was Voyeur (2002), the band’s first full-length studio release in over 15 years. 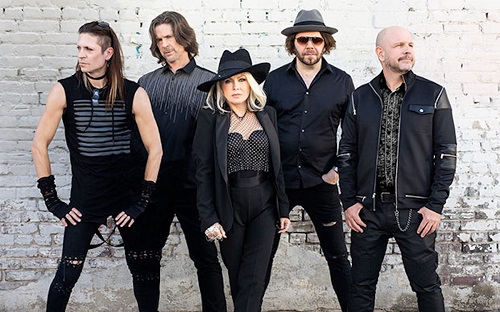 Since Voyeur, Berlin has continued to record new material while touring the country. In August of 2019, Berlin released their eighth album, Transcendance. Following up on this success quickly, Berlin released their ninth album, Strings Attached, in November of 2020. The new release includes re-recordings of previous songs backed by a full orchestra. 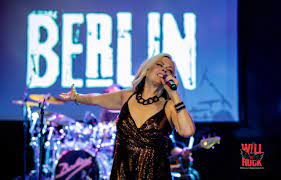 Although a full orchestra will not back Berlin at The Canyon, all band members will support Terri Nunn’s exciting return to the SoCal stage. Indeed, it’s hard to imagine a better ticket available this weekend. Terri Nunn and Berlin are ready to rock the stage, celebrating the return of music post-quarantine as the pandemic comes to a close. Thus, if you want a great night out this weekend, The Canyon in Agoura Hills is an ideal choice.