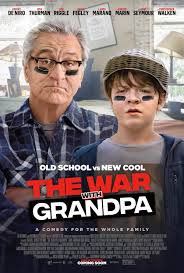 Los Angeles, California (The Hollywood Times) 09/22/2020-  Canadian actress, T.J. McGibbon is known for her very successful roles in film and TV, including NETFLIX’s, The Umbrella Academy as Young Vanya, X-Men: Apocalypse as Nina and currently is in The War with Grandpa, which stars her as “Emma,” with Robert DeNiro, Uma Thurman, Rob Riggle, Jane Seymour and a handful of others. Out on October 9th, this film has humor, charisma and will put a smile on your face.

What is it like to be a young powerhouse?

I’m not sure I would consider myself a powerhouse. I like to just think of myself as someone who is learning how to intentionally choose to do what makes my heart beat fast. I’ve been incredibly blessed with the shows I’ve been a part of and I have gotten to learn from some industry legends.

Your successful roles in film and TV include NETFLIX’s, The Umbrella Academy as Young Vanya, and X-Men: Apocalypse as Nina. How have you evolved as an Actor?

I have always been interested in people’s stories which is what draws me to acting. As I have grown as an actor I have learned that people are not 1-dimensional and everyone’s story has layers. One of the biggest ways I have evolved as an actor is learning how to access and portray every one of those layers. I have had to learn to connect with all my characters on an emotional level and understand their past, present, and future underlying thoughts and motives.

I look for interesting characters or a challenge. As I transition out of being a child actor and into a young adult I am drawn to strong female roles. I want to be a part of telling amazing stories that reflect and influence our culture. Every role I have had the pleasure of representing has been unique and unlike the other. From X-Men Apocalypse to Umbrella Academy to The War With Grandpa and everything in between I have learned more about myself and my identity as an actor. I don’t think I can single one out as a favorite because they have all become building blocks of the actor I am becoming. 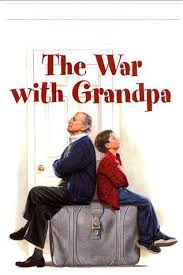 In your new film, The War with Grandpa, you star as “Emma,” with Robert DeNiro, Uma Thurman, Rob Riggle, and Jane Seymour. Tell us about your role.

The War With Grandpa is about a grandpa who has to move in with his daughter because he is getting into too much trouble on his own. He takes over his preteen grandson’s room and in an attempt to take it back his grandson starts a prank war that gets a little out of hand. I play Emma who is one of the grandson’s best friends. Emma is the only voice of reason in our group but inevitably gets pulled into the shenanigans.

How did this role challenge you?

This role was my first time being a part of a comedy, which comes with its own set of learning curves. I had to learn more about comedic timing and most importantly how to hold in my laughter until after we cut. There were some hilarious people and moments on that set and keeping a straight face was harder than I expected! I am always up for new challenges and ways to expand my experiences as an actor.

What did you enjoy most working with this remarkable cast?

There is nothing better than being surrounded by people who are completely in love with making movies. I learned something new about my craft from everyone involved in The War With Grandpa.

How have you evolved as an Actor?

I have been blessed to be able to work with so many industry legends who have helped me evolve as a storyteller. When I worked on the set of the feature film, Remember, I was placed in between Christopher Plummer and Martin Landau. For that entire day, I was able to watch them work and be a part of their conversations. Martin Landau even called me to sit beside him so he could share all of his stories and advice about working in the acting industry. Even though I was so young I have carried this advice with me through every project.

I am looking forward to spending the next 2 years finishing high school and being a part of as many cool projects as possible. I am blessed to be able to continue using my platform to raise awareness for the affordable housing issue that is not only affecting the people in my city but around the world as well. As the entertainment industry begins to open back up I am excited to be able to work again and hone my craft. If you would like to keep up with what I am doing you can find me on Instagram, Twitter, and Facebook under TJ McGibbon or TJ McGibbon Official