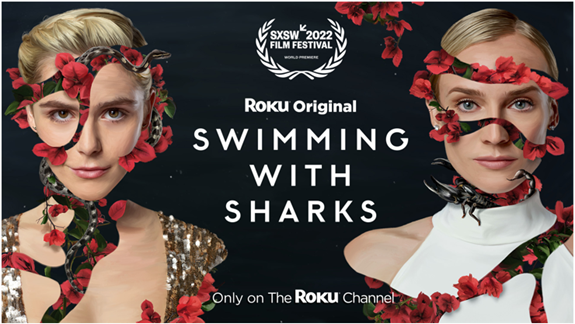 New York City, NY (The Hollywood Times) 4/4/22- It turns out Swimming With Sharks is not an episode from Shark Week. This tale is so much more than that.  Don’t get me wrong.  I love Shark Week… but this saga is like a sharknado swept through Hollywood.  It’s Hollywood’s shadow self coming out to play in the kool-aid blues of someone’s summer house pool.  Take a dip in this tantalizing story and you’ll find that poison mixes well with the water to form this juicy cocktail.

It’s a gothic Hollywood story about a young intern, Lou Simmons, trying to climb the ladder at Fountain Pictures.  Her shrewd and icy boss, Joyce Holt, has no idea what this mysterious intern is capable of to get ahead.  Eventually the characters realize that they are all out of their depth as the story spirals into mania. 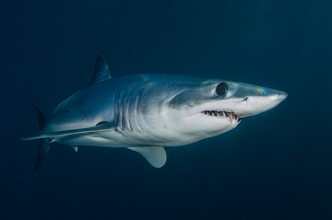 “Proximity to greatness is intoxicating,” Lou Simmons is warned at the beginning.  We soon learn that there’s much lurking in those murky waters of her past.  It’s a cat and mouse story, but we’re never quite sure who is the real predator or the prey in this psychological ordeal.

Sabrina star Kiernan Shipka plays the intern of this gripping Hollywood drama.  Her Mad Men days have peeled away into an era of mature content and bad girl antics.  She toes the line between playful innocent and seductress in a believably haunting style.  Here is Kiernan Shipka fully realized as the sweet and naughty femme fatale.  Her bold tactics teeter on the edge of recklessness, showing all too well the humanity of her flawed perspective.  Although untrustworthy and terrifying, she still manages to bare her troubled heart in a way that seems well intentioned.  It’s no wonder she dedicates her not-so-good deeds to her Machiavellian boss played by Diane Kruger.

At a glance, Diane Kruger’s character may seem reminiscent of Meryl Streep’s Miranda Priestly from The Devil Wears Prada.  However, a closer look will reveal a more complicated character in bed with her troubles.  She maintains a cool placidity throughout the series, laced with distant stares into the world of what-ifs.  Kruger brings charm to her character’s Draconian ways, leading the audience to sympathize.  Nonetheless, there’s a survivalist brutality in her that leans into stern seriousness.  That careful balance between strategist and wounded woman, create a depth to her character not often seen so clearly in an anti-heroine such as here.

With Donald Sutherland as head boss and male antagonist, there are some truly cringe worthy scenes.  Sutherland manages a totally grotesque character, a scion to his late role as President Snow in The Hunger Games.  Just like the Baron in Dune or Jabba the Hutt in Star Wars, we’re given a glance into the degradation of power.  Like a foreshadowing of the fall, Sutherland’s character, Redmond, ominously hovers in decay near death.  He is the bottom line, the ultimatum that represents for all characters that the drop off point to success is a perverse undertaking. 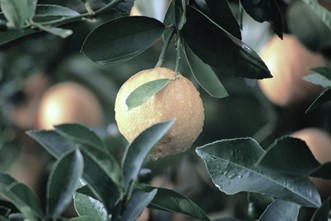 The Roku show was written by Kathleen Robertson and directed by Tucker Gates.  Its style is as sophisticated and sharp as a freshly plucked lemon at the gates of Hollywood.  It reminds me of the dark paradise of HBO series Big Little Lies.  Inspired by the 1994 film of the same name, the plot line is oozing with anticipation.  My only complaint is that the episodes were not longer.  Could it be the TikTok phenomenon that’s speeding us ahead to child-like attention spans?  At about 25 minutes per episode, this series zooms through its narrative in swaggery melodrama.  The story and character development could have been more fully realized if the episodes were considerably longer.  Regardless, supporting actors Gerardo Celasco, Thomas Dekker, Finn Jones, Erika Alexander, and Ross Butler create a powerful dynamic of playful cynicism.  The show’s music and scoring by Samuel Lucas contribute to the sexy edginess of its vibe.

In this current era of over saturated togetherness, Swimming With Sharks is a dark horse that instead tears its characters apart.  Appealing to provocation, it indulges the darker side of desire, and begs its characters to get out before it’s too late.  Here is a show of unapologetic ruthlessness and it feels so good.

Swimming With Sharks premiers all six episodes this April 15th on The Roku Channel.