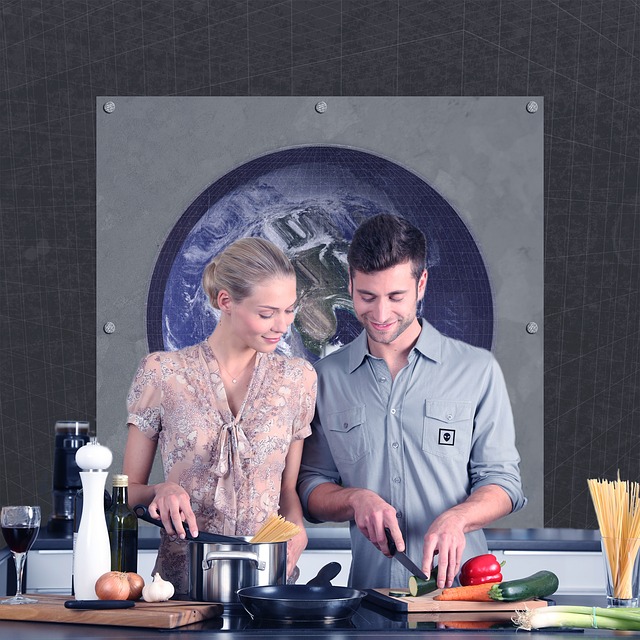 It’s been well-proven that “social dieting” makes weight loss more fun and successful—especially with programs that include elements like the spirit of competition, teamwork, encouragement, and, of course, gentle peer pressure. You don’t want to mess things up for your other half, after all. There are actually cash-and-camaraderie-fueled challenges that couples can partake in like those offered by HealthyWage.com, which are not only a powerful and effective weight-loss method, but also an exciting means to bring a couple closer together…and even subsidize their date night outings with monetary rewards realized for pound shedding success.”

Understanding the power and efficacy of dieting as a duo, HealthyWage.com recently announced the imminent launch of its “It Takes 2” Jackpot Challenge on February 14, 2021, through which the company will pay couples and other pairs of two a sweet $5,000 cash for losing a combined 6% of unwanted weight together, as a team. Winning pairs will share the tasty pot while celebrating their shared slimdown success—a Valentine victory!

Exactly why would one want to partake in a pound-shedding endeavor with another? Below, weight-loss gamification authority HealthyWage.com offers three reasons why it’s a sweet idea to “diet-for-dollars” with your loved one (or any other apt partner):

Some financially incentivized diet contests leverage the power of “social norms feedback” and other key behavioral economics principles, being strategically-designed to help couples and other team-based participants stay engaged in the positive new behaviors. In addition to making a couple’s weight loss effort more successful, it also makes it a lot more fun as they work together toward a common goal! In fact, not only can losing weight with a loved one in a competition format make weight-loss easier but also more likely since there is more accountability—one has a direct stake in the other’s success. The result is an elevated incidence of support and positive peer pressure. And, the desire to win both money and bragging rights adds to the exhilaration and motivation in a contest where cash prizes are at stake.

A Brown University study supports this paradigm, having concluded that social networks and teamwork play a significant role in enhancing weight loss outcomes in weight-loss interventions. The study found that team-based weight loss competitions significantly influenced each other’s weight loss, further substantiating the connection between social networks and health behaviors—particularly related to diet and exercise. Published in the journal, Obesity, lead study author Tricia Leahey remarked, “In our study, weight loss clearly clustered within teams, which suggests that teammates influenced each other, perhaps by providing accountability, setting expectations of weight loss, and providing encouragement and support.”

2. The money motivation model can sweeten the deal for both parties

Leading academics have repeatedly found that money enhances weight loss success, making dieters significantly more likely to lose weight. You’d think health and vanity alone would be strong enough motivators for weight loss, but financial incentives provide additional benefits that are critical to success. And in a couple of situations, those financial winnings can ultimately benefit both participants. Cash-based challenges are powerful tools that help couples not only commit to a specific starting point (eliminating pre-diet procrastination) but also avoid quitting before goals have been accomplished.

In fact, one related Mayo Clinic study on “Individual- Versus Group-Based Financial Incentives for Weight Loss” found that “financial incentives can improve results, and improve compliance and adherence.” Another widely cited study published by the Journal of the American Medical Association (“JAMA”) found those who have a financial incentive to lose weight were almost five times more likely to reach their target than dieters with no money at stake. In this study, it was further established that the “double-incentivization model” is highly effective. Like, you are more likely to succeed if both of these dynamics are at play: you stand to lose something if you fail and you stand to win something significant if you succeed.

In a Harvard study, as published in the New England Journal of Medicine, researchers found that social networks play a significant role in the incidence of obesity, including both its proliferation and its remediation. In other words, people with obese partners, other family members, and such are more likely to be obese themselves. The researchers concluded that social networks are closely tied to obesity, and examined the reasons why social networks affect people’s weight, including the fact that people “are influenced by the evident appearance and behaviors of those around them” and because “social contacts might change a person’s tolerance for being obese or might influence his or her adoption of specific behaviors.” The researchers also found that “weight-loss interventions that provide peer support—that is, that modify the person’s social network—are more successful than those that do not. People are connected, and so their health is connected.”

Ultimately, couples working together in a weight-loss gamification scenario can proffer many benefits. This includes each participant’s individual health, of course, but also the well-being of the relationship at large, as emotional bonds like respect, admiration, pride, appreciation, etc. are made stronger through the process.   Making hard work into a game tends to make participants more engaged and successful and programs like HealthyWage, which follow academic and industry research on gamification, provide users with thrilling challenges that remove pre-diet procrastination and help prevent co-dieters from giving up.

Pounds Shed are Proof Positive
HealthyWage is founded on research and a “double-incentivization” methodology that proves cash rewards triple the effectiveness of weight loss programs. As a case-in-point, HealthyWage payouts are proof positive. For their weight-loss achievements that collectively exceed an astounding 1,050,000 pounds for this year, alone—269 of which losing in excess of 100 pounds (and nearly 7.5 million pounds lost since the company’s launch), HealthyWage has reportedly paid more than 30,000 dieters over $13 million cash in 2020, specifically, and over $55 million cash since its inception in 2009.

A few notable HealthyWager success stories (both female and male) also exemplify the power of this approach. These include Jean N. who lost 71 lbs. and won $3,357.99 for her efforts, and Jeremy M. who also lost 71 lbs. and won $1,886.32 for his own slimdown success. From its website, HealthyWage.com shares yet more inspirational success stories of both women and men who gained financially for their pound-shedding achievements using the company’s unique gamification approach. This includes Kristin W. who lost a staggering 114 pounds and won $4,000 for her efforts, Anastasia W. who lost 41 pounds and won a whopping $10,000 in kind, and Blake S. who lost an impressive 151 pounds and won $4,670 for his own slimdown success. Figures that are tasty, indeed.

Studies Substantiate Efficacy
The efficacy of diet gamification is well-proven. For one, according to study findings published by JAMA Internal Medicine, behavioral economics-based gamification led to “significantly” increased physical activity among overweight and obese Americans. In this particular study, pairing a step-tracking device with social incentives led to sustained, long-term behavior change—prompting participants to take more steps than with a step-tracking device, alone. While the report explains that “gamification interventions significantly increased physical activity during the 24-week intervention,” with competition being the “most effective.”

“Studies show that monetary incentives serve to enhance the effectiveness of, and duly complement, weight-loss programs of any and all sorts, especially when paid out quickly like our various programs,” said HealthyWage co-founder David Roddenberry. “The average participant more than doubles their investment if they are successful at achieving their goal. The financial upside potential is impressive.”

Further validating HealthyWage’s well-honed approach, an additional study published in the journal Social Science and Medicine continues to prove that money is an effective motivator to “increase both the magnitude and duration of weight loss.” The same holds true in business for staff wellness initiatives. Results from one study published in the Annals of Internal Medicine indicated that “Loss Incentive’ Motivates Employees to Take More Steps,” finding that financial incentives framed as a loss were most effective for achieving physical activity goals.

“Throngs of studies reiterate the importance of the ‘stick’ in the design of a wellness incentive program, whether for individuals at home or for employee groups,” Roddenberry says. “Many studies have demonstrated that the threat of losing something of value is much more effective than the opportunity to win something of equal value. That’s precisely why we advocate that program participants ‘pay to play’ and make an investment out of their own pocket in order to win rewards—in our case large cash prizes—for losing weight and getting more active in the program.”

Also, a prolific corporate and group wellness purveyor, since 2009 HealthyWage has worked with an array of hi-caliber participants on workplace and staff wellness initiatives, including Halliburton, ConocoPhillips, and more than 25% of the largest school districts in the country. HealthyWage has, in fact, formally created competitive, money-motivated programs for more than 1000 Fortune 500 and other public and private companies, hospitals, health systems, insurers, school systems, municipal governments, and other organizations throughout the U.S., and their program has been more informally run at more than 7,000 companies and organizations seeking to bolster staff health and well-being, and boost bottom lines in kind.

Those interested in learning more about HealthyWage.com’s “It Takes 2” Challenge may do so online at https://www.healthywage.com/jackpot/it-takes-two-valentines-day-jackpot-challenge-feb2021/