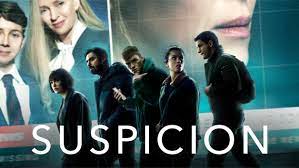 Showrunner, executive producer, and writer Rob Williams gives viewers a proposition; “If you were torn from your normal life and questioned about a high-profile crime in another country, what would you do? How would you react? How would you look? “We were fascinated by the idea that as soon as somebody is accused of something — and it is easier now than ever before to be accused of something given the role of the internet and social media — just how difficult it is to disprove?”

During the Apple TV+ Virtual Press Day THT had the opportunity to interview Marvel’s: Agents of S.H.E.I.L.D actress Elizabeth Henstridge, who plays the role of one of the prime suspects Tara McAllister.

VM (THT): How does your role as Tara differ from some of the other characters you’ve played?

Henstridge: There are certain qualities that attract me to characters, and I was attracted to Tara in that she is complicated and has achieved a lot in her life, but also very flawed. I was ecstatic, but also a little fearful and wanted to do the role some justice.

VM (THT): Are you familiar with the Israeli show false flag?

Henstridge: Before auditioning for my role, I was familiar with it, but I hadn’t watched it and I didn’t watch it while we were filming, in fact we were talking before like; Can I watch it now? You know we’re done with production. So yeah, I’m actually looking forward to sitting down and watching it. I just didn’t want to color my interpretation with anybody else’s brilliant work, you know I didn’t want to try to do it or try not to do it. I wanted to do something different. I knew the premise and to work with that caliber of production was really appealing.

VM (THT): Did you run into any filming challenges while filming Suspicion?

Henstridge: Oh, definitely I mean we started filming in February 2020 and then we got shut down as a lot of shows did, as the world did and then when we came back you know it was a whole new world and protocol. We felt incredibly lucky and grateful to be able to be working and have an outlet, a lot of fear and anxiety was omnipresent, but we were really well taken care of and watching the show now, I get a bit emotional because there’s so many people that really stepped up to the plate and pushed the boundaries and were really responsible and careful with each other. Everything that one person did affect everybody and so as a whole we kind of made an agreement that we were going to do this, and these were the rules and we’re going to be very careful and watch out for one another and it was an extraordinary time. Everybody got used to new ways of doing things and they weren’t always comfortable, but they were necessary, and I think that we’ve really made something, that for me, is very special because it represents a time in my life that was a huge period of growth for so many reasons and you know we did it, we got it done! It’s signed sealed delivered and just the gratitude that comes with that is just not lost on any of us because other people have not been as lucky to be in that position and certainly a lot of my friends in the arts in particular. It’s weird and still a struggle to get back to the place we were. I’m just filled with many emotions this week.

VM (THT): It’s very nice to virtually meet you and continue trudging on with your show and thank you again for your time!

Henstridge: Thank you so much!

Born in England, Elizabeth Henstridge trained classically and worked in theatre and film before coming to Los Angeles in 2012. Before she could unpack her belongings, Henstridge booked a starring role in a pilot produced by Bad Robot/JJ Abrams. Recently, Henstridge played Simmons on Marvel’s “Agents of S.H.I.E.L.D,” which just aired its 7th and final season. She has loved becoming a part of the Marvel family and cultivating a rabid fan base. Henstridge is also making headway on the directing path. She directed the Marvel’s “Agents of S.H.I.E.L.D” episode titled “As I Have Always Been,” and will be directing an episode of “Superman and Lois.”

In addition to acting and directing, Henstridge is passionate about working with the cleft lip and palate charity Smile Train, The Los Angeles Regional Food Bank and Teenage Cancer America in Los Angeles. 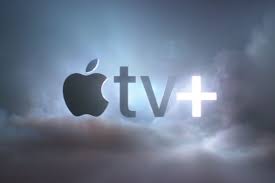 Apple TV+ is available on the Apple TV app in over 100 countries and regions, on over 1 billion screens, including iPhone, iPad, Apple TV, Mac, popular smart TVs from Samsung, LG, Sony, VIZIO, TCL and others, Roku and Amazon Fire TV devices, Chromecast with Google TV, PlayStation and Xbox gaming consoles, and at tv.apple.com, for $4.99 per month with a seven-day free trial. For a limited time, customers who purchase and activate a new iPhone, iPad, Apple TV, Mac or iPod touch can enjoy three months of Apple TV+ for free.

For more information, visit apple.com/tvpr and see the full list of supported devices.