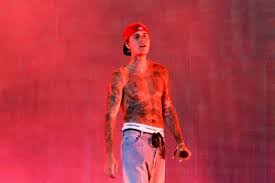 Indio, CA (The Hollywood Times) 4/16/22 – Coachella successfully returned Friday night, with two particularly fun surprise performances and all the delight of Coachella’s past. The seminal, annual music festival, located in Indio, California, is known for bringing some of the most talked about acts of the year to one place over two weekends.

Opening night, April 15th, brought all kinds of fun to the Colorado desert. To start with, headliner Harry Styles stunned audiences when he brought country sweetheart and 90s icon Shania Twain to the stage for an impromptu appearance. Wearing white platform boots and clutching a glittery black guitar, Shania sat next to Styles on a simple stool and sang her heart out alongside him.

Styles and Twain both wore appropriately sparkly getups; hers with pouffy long sleeves, and his a glamorous, mirrored, jumpsuit getup. They sang Twain’s unforgettable hit “Man, I Feel Like a Woman!” To the mad delight of the opening night crowd. 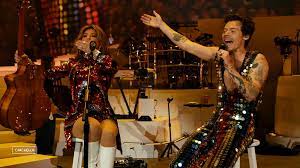 “Shania Twain taught me to sing; she also taught me that men are trash,” Styles hilariously quipped to the crowd. Styles created one of the festival’s famous “instantly iconic” moments when he appeared wearing  bisexual flag while performing “Treat People With Kindness.”

Styles has never made a formal statement about his sexuality, but the former One Direction singer has been appearing with LGBTQ flags for various performances.

Justin Bieber also wowed the crowds when he joined Daniel Caesar for a shirtless performance of “Peaches.” Though the surprise appearance was reported ahead of time by TMZ, the audience was still thrilled to see Bieber onstage.

Snoop Dogg rounded out the “surprise” guests by performing in the evening alongside a scheduled set by Anitta. Big Sean, YG, and singer/girlfriend Jhene Aiko also performed together.

The entire Friday schedule, spread across seven stages (Coachella Stage, Outdoor Theater, Sonora, Gobe, Mojave, Sahara, and Yuma) is nearly impossible to list, but you can check them out here. Notable moments included up and coming deejay Michael Milano (son of Senior Editor Valerie Milano) being filmed rocking out from the front row of The Avalanches late night set on the Gobi stage. 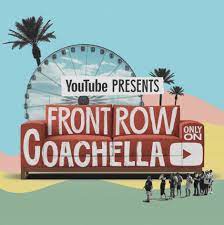 YouTube live streamed the action via their official channel. The Hollywood Times is officially credentialed at Coachella; check in with us for ongoing coverage throughout the festival’s run.