Los Angeles, CA (The Hollywood Times) 2/22/21 – Premiering Tuesday, February 23 at 8/7c on The CW, Superman & Lois provides a modern twist on an American classic. Starring Tyler Hoechlin as Clark Kent and Bitsie Tulloch as Lois Lane, Superman & Lois paints a portrait of how the superhero juggles life as his alter ego, Clark Kent, and his true identity, Superman, complete with superhuman powers. However, given CW’s penchant for retelling classics with a social justice edge, Superman must now navigate the pitfalls of parenting, mental health struggles, and predatory lending. When explaining the context of the show, cast member Adam Rayner states, “You’re aware of the Elon Musks and the Jeff Bezoses and people that use the media and also represent both an opportunity and a threat to small-town America. They would claim they’re bringing opportunity, but of course, it could be considered exploitative, when you see on the ground what that opportunity actually looks like.”

Clark and Lois navigate the pressures of foreclosure in the pilot, which introduces Superman & Lois’ main plot point: moving to Smallville and paying off a loan. The first episode details a conversation with a loan officer about how Clark’s mother took out a loan against their house to help community members. Lois spends time investigating this loan. Bitsie Tulloch mentions, “Lois’ sort of arch-nemesis in the season is a billionaire entrepreneur who is trying to destroy journalism. He would probably use a different word for it, but you know, it’s very timely. And a lot of what she is writing about is what capitalism is doing to these small towns all over the United States and Smallville in particular.” While Clark will spend time throughout the season paying off this debt, it is another conflict that Clark and Lois did not realize they had to navigate.

The first episode introduces Clark and Lois’ sons, Jordan and Jonathan. Jordan has a social anxiety disorder, and throughout the episode, Jonathan has to remind Jordan to take his medication. Additionally, Jordan’s love interest prevents him from mixing alcohol with his medication; they then bond over their mental health struggles. While mental health struggles were possibly alluded to in previous incarnations of Superman, this iteration centralizes these issues, as Jordan’s mental health strains his relationship with Clark and Lois. When the couple discusses having their kids, Lois comments that “kids with anxiety” was not something they planned on navigating. This bridges a previous generation’s Superman with one that must now navigate what was once an invisible health crisis. 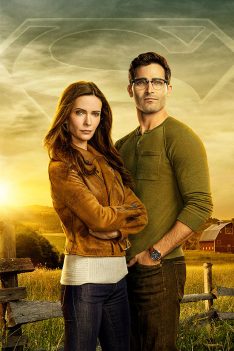 Thus, Superman & Lois offers an examination of capitalism and mental health concerns as Clark Kent and Lois Lane navigate a potential predatory lending scheme as well as an estranged relationship with their son, Jordan, who is struggling with his mental health. Ultimately, viewers will be excited to see how these conflicts play out.