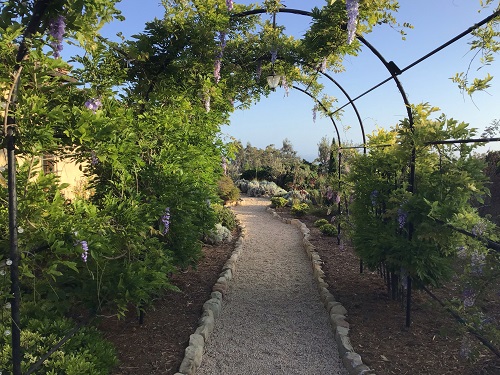 A perfect Spring evening in Summerland was the setting for a fundraiser for the Polo Training Center, Santa Barbara.  Celebrities including actor and model Kelly “The Woman in Red,” Lee Brock, also known for “Weird Science,” amongst other roles, almost hidden under a big hat, mingled with polo players and high profile guests at a local mansion.

Royalty was rumored to attend but a certain Prince (who resides in Montecito) had already played polo earlier in the day. “He doesn’t fancy these types of things,” said an event representative. Local resident Oprah and Gwyenth Paltrow were also on the guest list. A wine tasting featuring La Lieff, from “Funk Zone” in S.B. (Santa Barbara) drew a lot of attention. And no wonder! 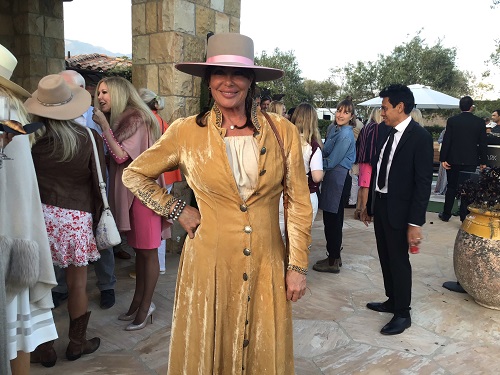 The evening was punctuated by live music and a silent auction with donors from local businesses and organizations. A blingy man’s watch was impressive, but was “bid shy.” 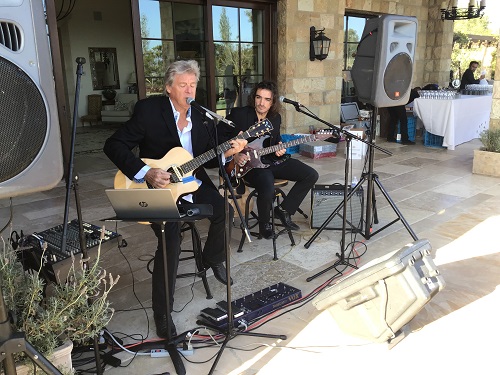 The ambience was enhanced with the lavish home’s outdoor fireplace, fire pit and an ocean backdrop. An al fresco reception was followed by a sit down dinner. Food?  California barbeque, which made for even more fun along with the socializing and more. 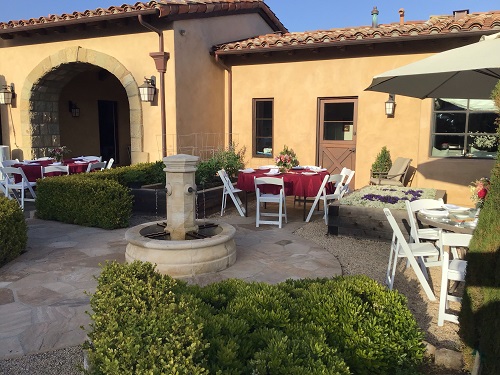 The event boosted volunteers for students who may not otherwise have access to play polo on the highly competitive Westmont and U.C. Santa Barbara teams. Also subsidizing expenses for lessons, horses, facilities and so on.

P.T.C.S.B. a charitable organization that encourages the growth of polo by operating and supporting programs for players at all levels.

The next event, Polo Vs Tennis Golf Tournament and Dinner (there’s a trifecta!) is on August 22 at Glen Annie Golf Course, Santa Barbara.