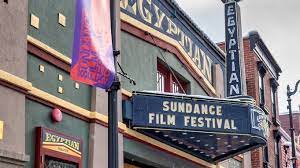 Los Angeles, CA (The Hollywood Times) 1/5/22 – SUNDANCE has canceled plans to hold its 2022 edition with physical screenings in Park City. The festival will instead adopt a form similar to last year, with online programming and select screenings at arthouses around the country. The decision was made on Wednesday, after the article below was published, as more talent and industry expressed skepticism about the viability of an in-person Park City event and some canceled their plans. Stay tuned for more updates on this year’s virtual offerings.

The Sundance Film Festival has decided to forgo the in-person portion of its hybrid event in Park City, Utah, which was scheduled to run Jan. 20 to 29, and continue with the virtual portion of the program only, from Jan. 27 to Feb. 6. The new start date, a week later than planned, gives the festival time to shift to the online format.

As Hollywood heads into the peak of Academy Awards season, season, live events are in limbo amid a worldwide surge of COVOD-19 cases linked to the omicron variant.

The Hollywood Critics Association and Critics Choice Awards soon followed, each deciding to postpone their events (the 5th Annual HCA Film Awards ceremony until Feb. 28), citing the rising number of positive cases linked to omicron. The 12the annual Academy Governors Awards, which was set for Jan. 15, has also been postponed, while Fox became the first network to cancel their planned New Year’s Eve show.

Live theatrical productions, including those in London’s West End, New York City’s Broadway district and throughout Los Angeles, have been hit particularly hard with shows going dark. Several Broadway productions cancelled performances until after Christmas, with Jagged Little Pill and off-Broadway’s Is There Still Sex in the City? closing their curtains for good. Eddie Redmayne’s Cabaret revival in London took a temporary break, with performances having resumed in late December.

Below is a list of events that have been impacted by COVID-19. The list will be updated as the situation evolves.

Under the Radar Festival at New York City’s The Public Theater
Scheduled to run: Jan. 12 through Jan. 30
Status: Canceled (Dec. 31)