WHAT:           Eileen Dietz who plays Jane Patterson in LAKE ALICE will be of attendance at the World Premiere of this indie thriller at the IndieLounge of the Sundance Film Festival.

WHO:             Eileen Dietz (actress) will be in attendance for photos and interviews. She is also available to do the interviews remotely.

WHERE:         IndieLounge of the Sundance Film Festival, in Park City, UT 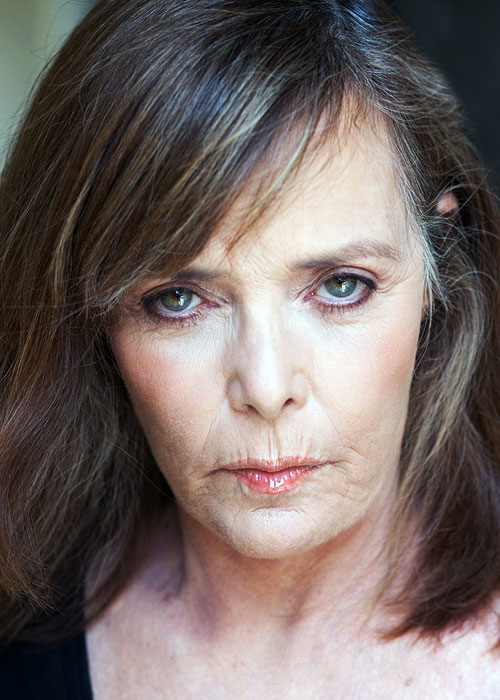 Eileen Dietz was born in New York City along with a twin sister, named Marianne. While Eileen went on to be an actress Marianne lives in Florida with 3 terrific children. She also has a sister named Denise who is a novelist and has more than 19 Comedy Mysteries to her credit and a husband and best friend known as Thomas Albany.

Eileen has acted in many award-winning projects. She was in the original Tony winning Steambath with Tony Perkins which was immediately followed by her portrayal of the Demon, popularly known as Captain Howdy or The Face Of Death who possesses Regan in the Oscar winning The Exorcist the character who has became the Icon and the most popular character in the film.

Eileen came to California at Warner Brothers invitation and was immediately cast as Julia in the TV Series of Planet Of The Apes. Following her penchant for wearing lots of special effects Makeup Eileen was in the vastly popular Kids animation series: Korg: 10,000 BC.

Loving playing roles of women on the edge as well as Demonic, Eileen was cast as a member of the murderous Charles Manson Gang in Helter-Skelter where she sported a bald head. Then came the Emmy-winning Daytime Series, General Hospital where she portrayed one of her favorite roles ever,  as Sarah a patient in a mental hospital. (do we see a pattern here?)

Eileen has been blessed to continue working on many other projects specializing in Thrillers and Horror; Another of her favorite roles as Eleanor Maxwell, in The Queen Of Screams, directed by Margo Romero, (Norma Desmond meets Carrie in a fiery finish).

Throughout the years Eileen has appeared in almost a hundred projects, along with the aforementioned projects,  Rob Zombie’s Halloween 2, Constantine with Keneau Reeves, Tim & Eric’s Awesome Show, Night Tales with Jamie Fox and indy projects Lake Alice, Grim, Kids & Monsters with Malcolm McDowell, Butterfly by Edward Romero, 100 Acres of Hell and the short film, also winner of many awards: Hag.

Eileen is also so blessed to participate  in Horror Conventions and Film Festivals throughout the United States and Europe. 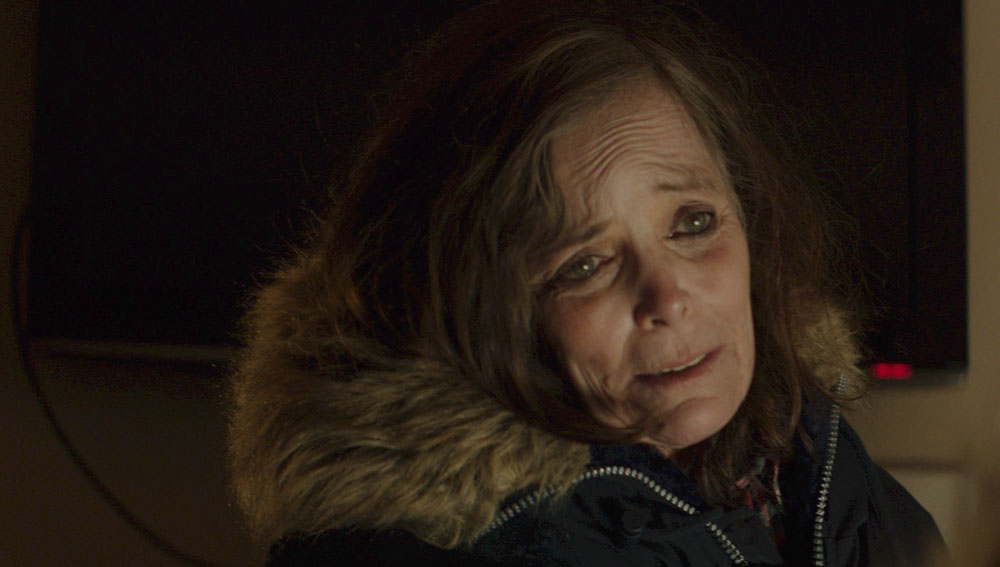 LAKE ALICE is set during Christmas at an isolated cabin in the subzero temperatures of northern Wisconsin where the days are short and the nights last forever.

Meeting the family for the first time, Ryan Emerson (Schmidt) must prove his intentions with the Thomas’ daughter, Sarah (Tudor), and win the approval of her father, Greg (O’Brien), while he masks his jealousy for Sarah’s ex-fling,

Tyler (Eaton). As the Thomas family settles in, things start to happen around the cabin; strange footprints by the windows, noises from outside, and a bitter animosity from the locals, including the law enforcement.

As a blizzard descends on Lake Alice, so does the evil from behind the camera, as the Thomas family is hunted down one by one. The family struggles to stay alive as their power in numbers slowly dwindles.

With elements from Psycho, Scream, and The Strangers, the macabre labyrinth of Lake Alice will tingle your soul, and make you wonder who’s really climbing down your chimney this Christmas!

Below: BTS photos from Lake Alice. 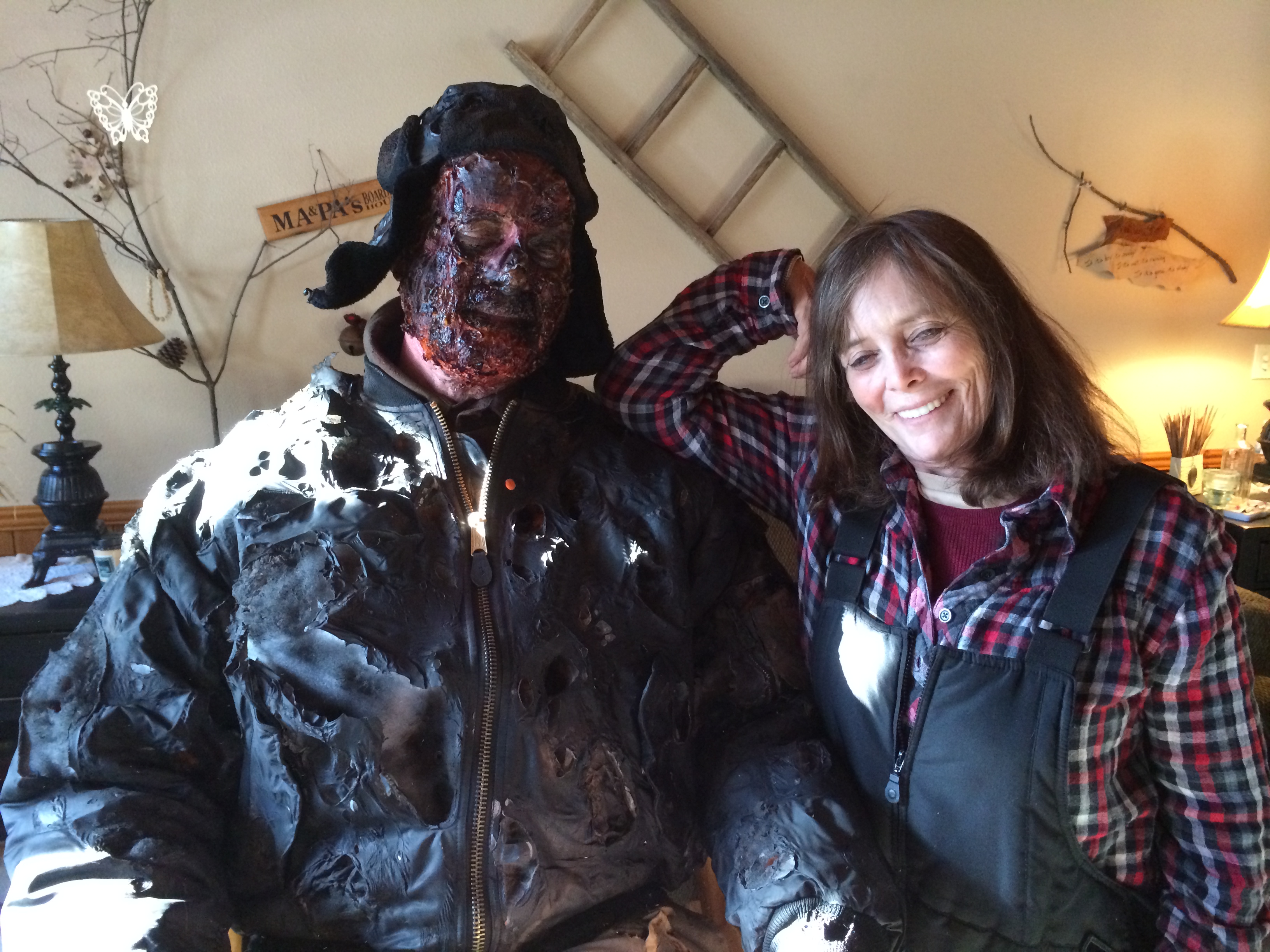 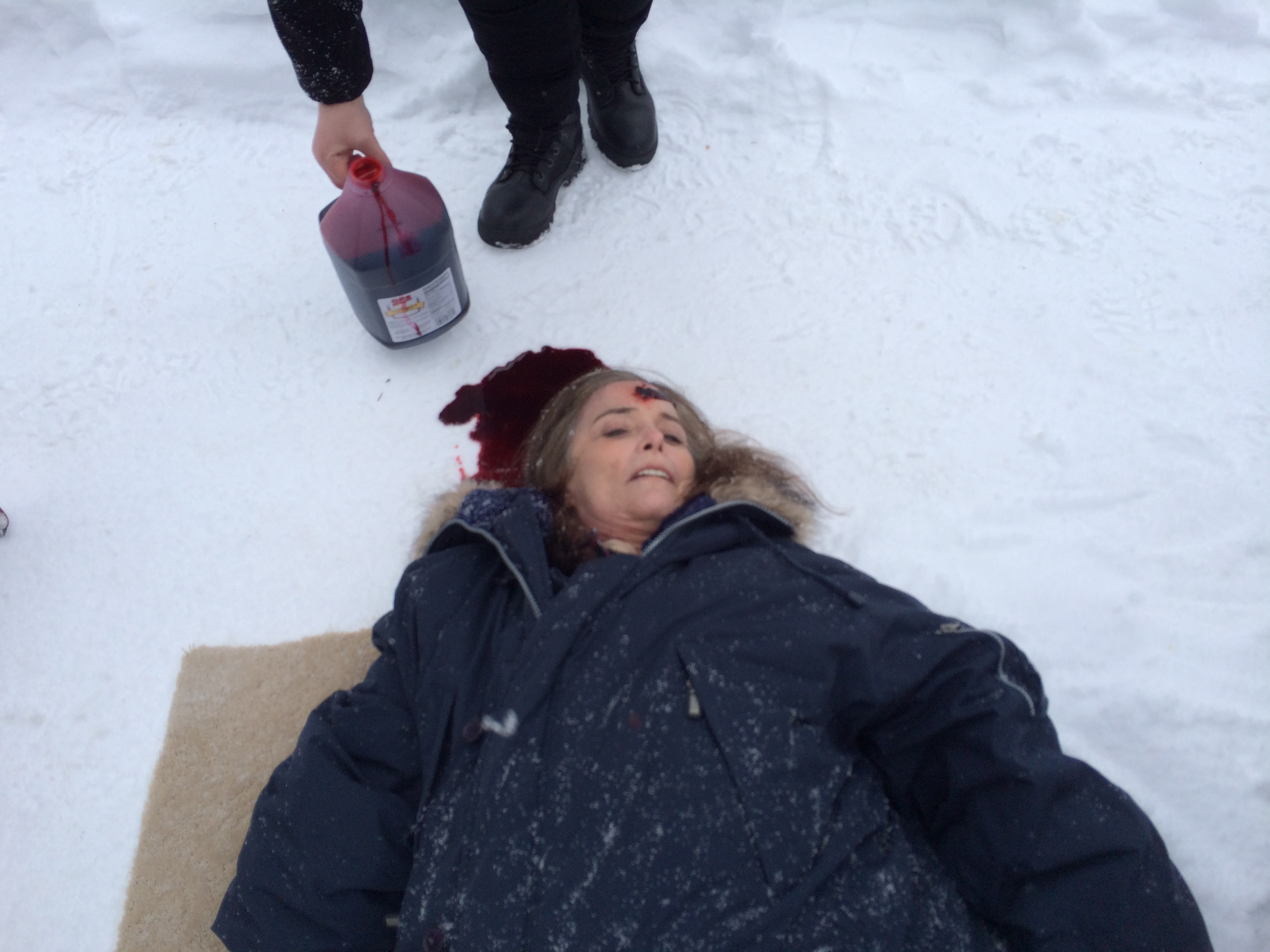