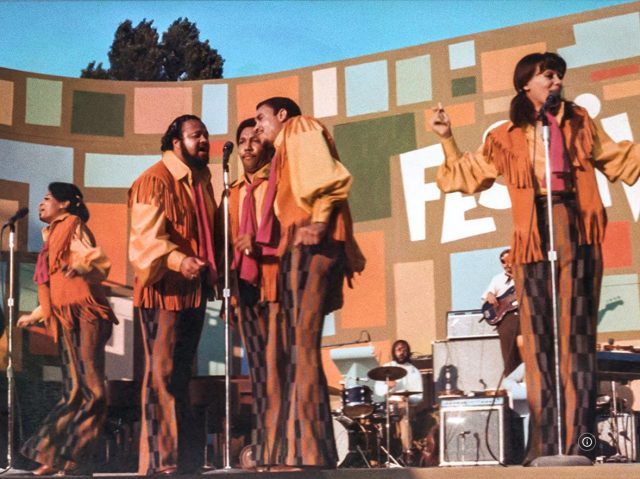 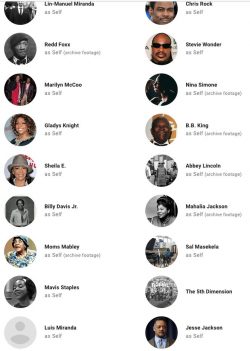 Pasadena, CA (The Hollywood Times) 7/11/21 – Currently showing in selected local theatres and on Hulu is “Summer of Soul” (…Or, When The Revolution Could Not Be Televised),” Ahmir “Questlove” Thompson’s fine documentary film about a series of summer concerts in Harlem’s Mount Morris Park (now known as Marcus Garvey Park) in 1969, the same year as the well-known rock concert in upstate New York known as “Woodstock.” “Summer of Soul” is Questlove’s directorial debut and his film was awarded the Grand Jury prize at Sundance in January 2021 as well as the Audience prize in the nonfiction category. The significance of the story of the “Summer of Soul” cannot be under-estimated. This extraordinary music event in the black community of New York City was a defining moment in African-American history and almost forgotten until the footage shot at the six weekend concerts was found collecting dust in a basement. In 1969, a club singer, concert promoter, raconteur and very sharp dresser named Tony Lawrence convinced the New York City parks department to allow him to produce a series of summer concerts in Harlem’s Mount Morris Park. He found a sponsor in Maxwell House coffee and had an advocate in John Lindsey, the progressive-for-his-time Republican mayor. The thinking behind the funding of these free concerts on six consecutive Sundays in Harlem was to avert the political tensions that saw riots in Harlem after the killing of Martin Luther King, Jr. the previous summer of 1968. 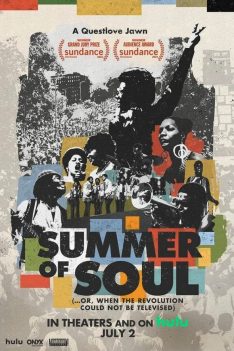 The shows, officially called the Harlem Culture festival, were a revelation. They were marvelously programmed to highlight different avenues of black music, from Motown pop to jazz to Afrobeat to gospel to psychedelic funk. The performers were all thrilled to play in the heart of Harlem, and witnesses reported that they had never seen such a large gathering of black people in one spot before. At least 300,000 people attended the Harlem Culture festival. The NYPD presence was minimized, and Black Panthers provided security for the talent. The list of musical talent was unbelievable: BB King, Stevie Wonder, the 5th Dimension, Sly and the Family Stone, Nina Simone, Max Roach and Abbey Lincoln, Hugh Masekela, Edwin Hawkins Singers, Mongo Santamaria, Gladys Knight and the Pips, Babatunde Olatunji, David Ruffin of the Temptations. There was not enough money for lights, so the stage was built to capture the afternoon sun. Tony Lawrence found the money for a film crew and most of the film footage that makes up “Summer of Soul” was actually shot by Al Tulchin and his crew. Tulchin explains that he tried to sell the 40 hours of footage for broadcast afterward, billing it as “Black Woodstock” to explain what the event had been, and found no takers. “Nobody cared about Harlem,” he says. Then, in 2017, producer Robert Fyvolent found out about it and bought the rights from Tulchin. Now, we have “Summer of Soul.” 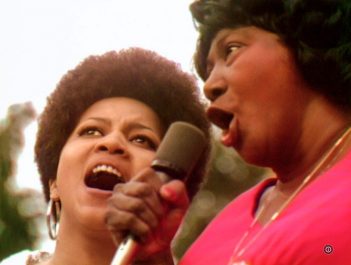 Questlove’s film is more than just archival footage. Different performances work as a conduit to different aspects of black musical tradition, ranging from blues and gospel to Berry Gordy-produced pop, and with each one we get a short, illuminating history. Questlove turns to some of the surviving musicians (and other celebrities) to offer commentary while looking at the material again all these years later, but the most touching moments come from concertgoers who were simply kids from the neighborhood reflecting on a transformative summer. Watching Sly and the Family Stone tear up the stage with their closing number “Higher,” witness Musa Jackson (the actor and male model from Harlem who was there at age 6) is moved to tears. Archival footage is only part of the story told by Questlove in his film. He has captured a moment in American history when “black” emerged as an identity of which to be proud and a realization on the part of many African-Americans that “black is beautiful.” 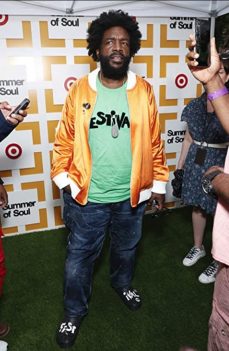 The presence of the Reverend Jesse Jackson at the concert was electrifying, as he eulogizes the late Dr. Martin Luther King. Jackson had been present at the motel where the assassination of Dr. King occurred one year earlier and his church-inspired eulogy backed by organ riffs finally breaks into the gospel song, “Take My Hand, Precious Lord” which was the slain leader’s favorite. Mahalia Jackson asks Mavis Staples to start the song which brings the crowd into a state of rapture and, after handing the microphone to her mentor, Mahalia Jackson explodes with cathartic, full-bodied emotion. This cathartic moment leaves one without words. “Gospel was more than religious,” Al Sharpton explains. “Gospel was the therapy for the stress and pressure of being Black in America. We didn’t know anything about therapists, but we knew Mahalia Jackson.” 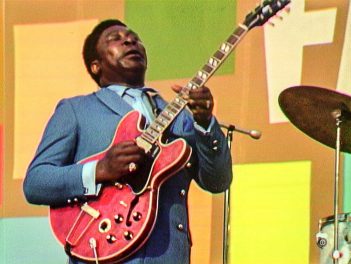 Ahmir “Questlove” Thompson is the drummer and joint frontman for the hip-hop band the Roots and he is known as a songwriter, disc jockey, author, music journalist, and university professor. Questlove is also one of the producers of the cast album of the Broadway musical “Hamilton.” In 2013, Questlove released a memoir, “Mo’ Meta Blues: The World According to Questlove” as well as his book, “Soul Train: The Music, Dance, and Style of a Generation.”