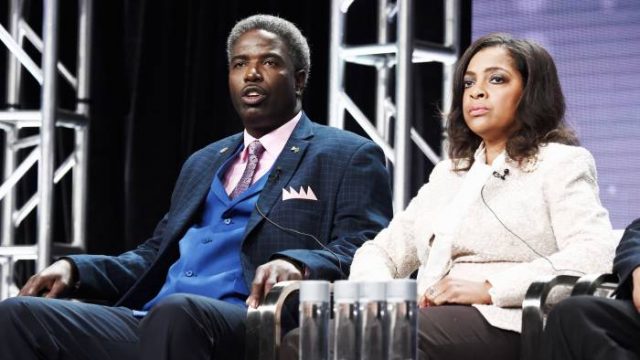 Hollywood, CA (The Hollywood Times) 7/29/18 – Was it suicide, or murder? The question may be more like, “Did the baby change its own diapers?” when police brutality takes center stage down South according to Investigation Discovery’s new two-hour documentary SUGAR TOWN set in New Iberia, Louisiana. 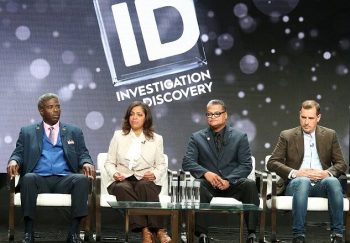 The racial divide in New Iberia that predates the American Civil War is symbolized by the railroad tracks bisecting the region. Residents to the north of the tracks are predominantly white while residents to the south of the tracks are predominantly black. The different socioeconomic circles have their own racially segregated celebrations in this small town built on sugar cane production.

On March 2nd, 2014, 22-year-old Victor White III, an African-American resident of New Iberia, was fatally shot in the back of a police car while being taken to the station. The officers claimed that White shot himself in the chest despite being handcuffed behind his back in the rear seat of the patrol car. 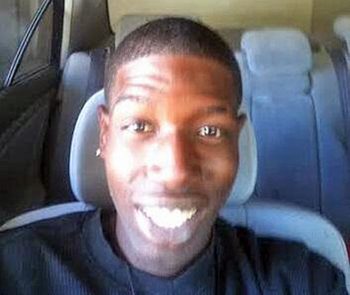 SUGAR TOWN chronicles the White family’s search for justice for Victor’s suspicious death while in police custody. Their investigation gradually reveals a larger and even more tragic story of power, corruption, and racial injustice with Iberia Parish Sheriff Louis Ackal – a man shrouded in controversy – at the center.

“Investigation Discovery often honors police officers who have put themselves in harm’s way to protect and serve their communities. But I think we also have a duty to explore those stories where police actions are called into serious question,” said Henry Schlieff. Victor White had nothing to do with the crime for which he was arrested, as it turned out.

SUGAR TOWN is a story about a potential coverup, about how power and corruption continued to divide a small, southern town, about a family’s crusade for answers. About Dr. Martin Luther King’s admonition that the arc of the moral universe is long but it bends towards justice.

“Can you comment on racial injustice in the Deep South?” asked one audience member.

“Absolutely!” said Tony Brown. “Particularly in Louisiana, we have a big problem. We have a two-tiered judicial system that’s unfair to African Americans. We have rural areas unlike some of the heavily populated areas like New York or LA, where we can get some exposure and where the press is really active and adamant about getting to the truth. In Louisiana, it’s a different story. We have the media that are many novice people, right out of college. They don’t have investigative skills. Those media outlets don’t have the resources to cover them adequately and as a result, we have lawmen who have become lawless and it’s problematic, not only for Louisiana, but for America.”

Per capita, Louisiana has the highest mass incarceration rate in the entire world. Although in Louisiana black men make up less than a third of the population, in most prisons, whether they’re state prisons or local prisons, black men make up 80% to 85% of those inmates. “So we have gone from being traded like cattle on Main Street in places like New Iberia or New Orleans to being treated like stock on Wall Street with the privatization of prisons, and that has escalated the problem,” said Tony Brown.

How much forensic evidence exists in the Victor White case and how much have they made available for legal discovery? Quite a bit, according to Carol Powell Lexing. She herself sent investigators to the crime scene at the Hop-In convenience store. Lexing named this the Houdini Handcuff Case owing to its sheer absurdity. 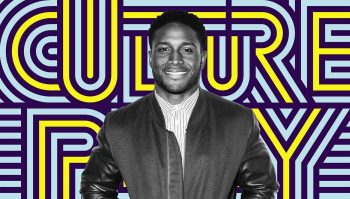 Reverend Victor White was a consultant for the Iberia Sheriff’s Department charged with bringing the department and private citizens into closer communication. Louis Ackal decided that he didn’t want that any longer. He said the people in the West End — which was the poorest end of New Iberia — just lived that way and he did not want to change any of that.

If you live in the South, you know what “taking a ride” means. Miscarriages of justice and cover-ups are unfortunately all too frequent.

Should family and friends should take matters into their own hands when the existing legal system seems so corrupt as they do in SUGAR TOWN? “I really believe that they should,” said Reverend Victor White. “If we see injustice, and we just fight to the end, until we can actually see a difference being made. And if we don’t, then we should make a difference. We should be the change that we want to see.”

No one in the US should ever forget they have voting rights! Change can also come from within.

Reverend Victor White was not unfortunate enough to live in poverty like so many of the parents in wrongful death cases like this. He is an exception rather than the rule for his willingness to stand up and fight the justice system–peacefully.

Coalitions can form around dramatic cases like this and facilitate cultural change. Every family who experiences violent crime feels the same pain. But African-Americans are disproportionately affected by crime and their issues get swept under the rug more often according to Reverend White.

Jesse Jackson, who ran for the US Presidency in 1984 and 1988, has gotten involved with similar cases. Slowly, the cycle of crime and poverty is being broken. But rural areas of the South often don’t have media resources like the ones we have in LA to expose racial injustice and corruption. “There’s always power in numbers,” said Carol Powell Lexing.

New Orleans is the cosmopolitan and colorful face of Louisiana for many who live outside the state. But within it, there is a whole world of mass incarceration involving voiceless innocents. Many of them are unemployed, and the high school dropout rate is abnormally high (the number one in the country).

“So it’s a big issue when you live in rural Louisiana and you have a sense of hopelessness and no one is telling your story. And we’re glad that Shan [Nicholson] did a wonderful job in helping us tell the story — a remarkable film. And we really are most appreciative of what you’ve done,” said Tony Brown. “I’m honored,” said Nicholson.

This seems like a perfect case to be referred to the Attorney General of the State of Louisiana in violation of RICO Act. Why wasn’t it? In fact it was, according to Carol Powell Lexing.

The case indirectly exposed other cases so that it led to at least 11 convictions of the Iberia Parish Sheriff Deputies. And it also led to the indictment of Louis Ackal. Unfortunately, he didn’t get convicted.

Reverend White’s group wanted to skip the local politics because they knew how that was going to go. Louis Ackal had been a State Trooper, and State Troopers are connected to the higher authorities.

So they wanted an independent body like the Justice Department to come in and conduct the investigation. And it did. But some of the investigators had their own political aspirations and didn’t focus on the specific aspects of the case sufficiently.

Shan Nicholson first discovered the Victor White case through Hannah Rappleye’s story on MSNBC, as is shown in the film. And the team at Stephen David Entertainment took the time to develop a relationship with Reverend White and his family. It was a long but fulfilling process to keep conducting interviews and uncovering more and more shocking facts.

“This happens not only in Louisiana, or the South, but all across the United States,” said Henry Schlieff in closing. “So we really do appreciate your coverage of stories like this. What is the quote? Go without hate, but not without rage? This is the kind of story that needs coverage. So, thank you.”