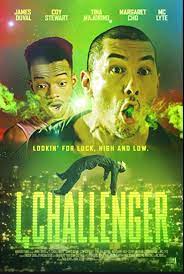 Los Angeles, CA (The Hollywood Times) 1/11/22 – I, Challenger is an up-and-coming comedy thriller written and directed by acclaimed music video director Paul Boyd. The film follows Sid (James Duval), a guy who never grew up, spending his days playing video games and selling weed. Unfortunately, his immature ways have him facing eviction. Looking for ways to turn his life around, Sid decides to involve his gaming buddy Logan (Coy Stewart), making him champion to his elaborate scheme to be buried alive via live stream. All seems well until the self-burial misfires, changing everything! 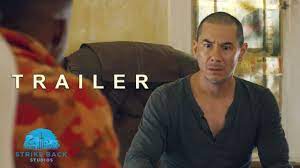 “Few films have so seamlessly blended hilarious stoner comedy scenes, with wild thriller moments, and a psychedelic surreal climax like “I, Challenger.” Having worked with the director a decade ago on his first feature film, “Vicious Circle,” I was thrilled to reteam with him on his latest project” said Noor Ahmed President of Strike Back Studios. 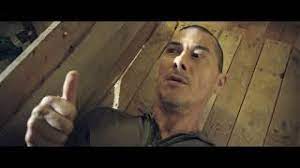 “I, Challenger is a hybrid buddy comedy with a love story at its core. Irreverent stoner antics lead to a dangerous internet challenge that delivers thrills and chills as the characters embark on a wild ride,” said Boyd.

“I, Challenger” was directed by Paul Boyd; written by Paul Boyd & Kara Scobey Brown; produced by Eric Barrett who previously produced and written “Echo in the Canyon,”; with an original score from composer Misha Segal (“The Last Dragon,” “the Phantom of the Opera”). 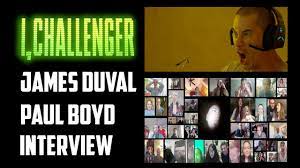 About Paul Boyd:
Born in Scotland, Paul has been a film-maker since he was a teenager. He graduated from St. Martins School of Art in London with a BA in Fine Art Film and made a name for himself, early on, directing award winning music videos and commercial campaigns. He wrote and directed his first feature film ‘Vicious Circle’ in 2007 which received multiple awards, including Best Picture at the 2008NYLIFF HBO. Paul has directed commercial campaigns in Europe and the United States for L’Oreal, Revlon, Jaguar, Dodge, Chanel and Volkswagen and famous music videos for Sting, Seal, Tina Turner, Mick Jagger, Celine Dion, Lenny Kravitz. Paul helmed seven music videos from Shania Twain’s hit album ‘Come on Over,’ the biggest selling female album in history. He is a Guinness world record holder whose music videos have been viewed over a billion times. Former Head of Production at ‘Dave Stewart Entertainment,’ where Paul oversaw all aspects of film production from 2012 to 2016. Paul has written over ten screenplays to date and has recently completed two feature films ‘I, Challenger’ and ‘We Are Gathered Here Today’ in 2020 which are set for release in 2022. Paul resides in Los Angeles, CA and has two children, River and Luna. 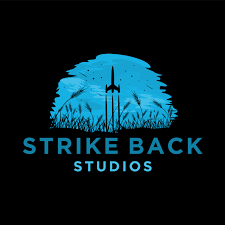 About Strike Back Studios:
Strike Back Studios has been steadily creating/releasing incredible independent film success stories. Strike Back Studios is a unique company formed in 2019 who will first look to partner with other distributors on projects they are producing/financing. They will also be able to distribute projects themselves directly to all major exploitation platforms. The goal is to work with producers from the earliest stages of development and production on up. They are embracing the true tenants of film collaboration and are bringing them to global audiences.  Strike Back Studios is focused on addressing the growing concerns from producers with regard to the distribution of independent features. The company will work with producers early on in the production process to develop unique and innovate marketing and promotional strategies for their release. This will save producers from having to rely on taking their project to a film festival with the hope of a major sale to make them financially whole. Strike Back Studios still wants to screen projects at film festival but make the screening part of the distribution release strategy vs sales strategy. Current Strike Back Studios titles available for global audiences can be found at strikebackstudios.com