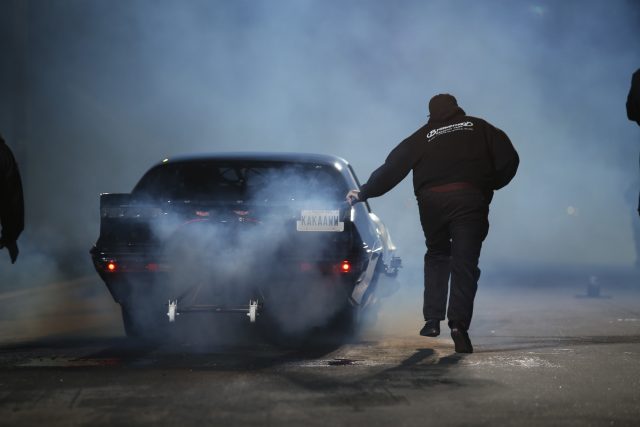 “Street Outlaws” Gears Up for New Season in Oklahoma

Oklahoma City – Pilgrim Media Group, in association with the Oklahoma Film + Music Office (OF+MO), is pleased to announce that production is underway in Oklahoma for the Discovery Channel series “Street Outlaws”.

Discovery’s hit “Street Outlaws” continues to take viewers on a wild ride through the underground world of street racing in Oklahoma with fan-favorite local racers like Farmtruck and AZN. The successful series has been a staple of programming for the Discovery Channel since first premiering in 2013. “Street Outlaws” is produced by Pilgrim Media Group, a Lionsgate Company, a leader in the unscripted space with credits including “American Chopper”, “Dirty Jobs”, “The Ultimate Fighter”, and “Ghost Hunters”.

“Oklahoma has been the perfect home for the “Street Outlaws” world since the show’s inception six years ago. Communities across the state have embraced us and made it possible to produce this phenomenal, high-quality series. We’re looking forward to expanding our relationship with the Oklahoma Film + Music Office and continuing to make great television,” said Sean Alvarez, Pilgrim Media Group’s SVP of Production.

“It’s been wonderful to build a relationship with Pilgrim Media Group, and we look forward to their commitment to continue filming ‘Street Outlaws’ in Oklahoma, as well as future shows for which Oklahoma can help set the scene,” said OF+MO Director Tava Maloy Sofsky.

“Street Outlaws” will utilize the Oklahoma Film Enhancement Rebate Program administered by OF+MO for the first time with the filming of its latest installment. Principal photography began on July 24, 2019 and will intermittently film through next year.