One Day Before Valentine’s Day 2020 at the Saban Theatre, Stone Temple Pilots (STP) will defy the dark shadows of the past by celebrating the music of a revitalized future.

Beverly Hills, California (The Hollywood Times) January 22, 2020 – On February 13 th at the Saban Theatre, a special show celebrates the resiliency of Rock and Roll. Back with a new lead singer, Stone Temple Pilots will take the stage and play the music their fans have loved for close to thirty years. Indeed, the concert represents a refusal to surrender to the tragedy of losing two lead singers to the demons of addiction and mental illness. Instead, like the beating heart of creativity at the center of the band’s success, the music remains the name of the game.

As a band that rose to stardom in the early 1990s, Stone Temple Pilots exemplifies the musical success of the Grunge generation. However, with the drug overdose death of founding lead singer Scott Weiland in 2015 and the suicide of Chester Bennington,
Weiland’s temporary replacement, in 2017, the band was left shrouded in the darkest of shadows. Wanting to continue to play the music they loved, drummer Eric Kretz, bassist Robert DeLeo, and his brother, guitarist Dean DeLeo came together to save the band.

Since both Scott Weiland and Chester Bennington had been incredibly charismatic lead singers, the band knew they needed to find someone special. In 2016, the band launched an online audition for a new lead vocalist. They announced on their website: 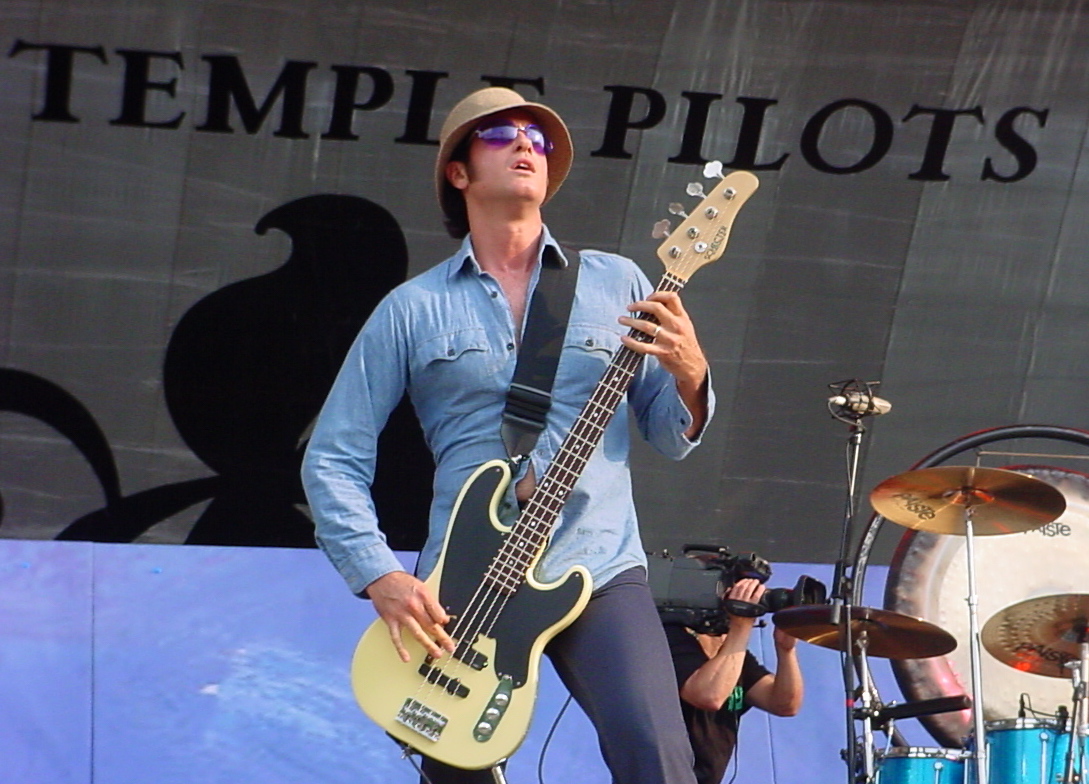 “We are officially announcing that we are seeking a new vocalist to front Stone Temple Pilots. We’ve already heard from many talented people, but want to make this an opportunity for many more so we’ve set up a way for you to do just that.

If you think you have what it takes to front this band, record with this band, and tour with this band, we would dig hearing from you. No one will ever ‘replace’ Scott, that was never the intent. The intent is for Stone Temple Pilots to continue on, to evolve, and to do what we do… make music!” After being discovered in the depths of the band’s website by Alt Nation, the announcement was picked up by Spin, Rolling Stone, Alt Press, and Stereogum. Given such publicity, the band were flooded with requests by vocalists nationwide to audition, and they listened to the recorded submissions of hundreds of wannabee stars. Although they heard more than a handful of talented singers, nobody fit the bill right away. After all, as they said, nobody could replace Scott. It was hard to pick someone new.

However, they saw a new future arrive when they heard a submission by Jeff Gutt. The former lead vocalist for the nu metal band Dry Cell, he had appeared in two seasons of the American reality television series The X Factor, coming in second in Season 3. In 2014, Fox Weekly dubbed Gutt as one of the most influential; X Factor USA contestants of all time. In truth, Gutt is a good guy, playing music not just to be famous, but to support his family and make his son proud. Realizing they had their man, Jeff Gutt was named the new lead singer of the band on November 14, 2017.

When asked in a radio interview if there were any old STP songs that he would not perform, Gutt considered his answer, then said with conviction, “I have a particular thing with Sour Girl’ just because I feel its written as a personal message, so I don’t know…To me, that one is a little off limits. But other than that, I’m game & A rock radio hit for
STP in 1999, ‘Sour Girl’ was a very personal song for departed lead singer, Scott Weiland. In his autobiography, Weiland wrote that the song was about the failure of his marriage to his his first wife, Janina Castaneda, and their subsequent divorce. Showing the respect of a good man, Gutt won’t sing that song.

However, if you choose to come out to the Saban Theatre on February 13th , the dark shadows of the past will be replaced by a celebration of the music of the future. Led by Jeff Gutt, a good man who revels in the opportunity to perform with the band, Stone Temple Pilots will rock out once again. After all, the essence of being human is not to surrender to tragedy and give up, but to celebrate life and rock on.