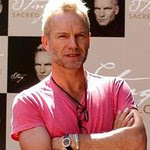 Hosted by Oceana Board President Keith Addis, the event raised $750,000 for Oceana’s Save the Oceans, Feed the World campaign. Oceana seeks to restore the biodiversity and abundance of the world’s oceans to support a growing global population. With the right policies in place, a fully productive ocean could provide a meal a day for a billion people forever.

Sting, a longtime supporter of Oceana and a dedicated oceans advocate, gave an intimate performance featuring many of his greatest hits. Sting and his world-class band opened with the iconic “Message in a Bottle.” The following hour was filled with hit after hit including “Every Little Thing She Does is Magic” and “Fields of Gold.” As dancing guests gathered at the front of the stage, Sting closed with The Police’s 1983 number-one hit “Every Breath You Take.”

“Tonight was a truly special event. It is wonderful to have the opportunity to enjoy the music of a world-class musician like Sting while supporting Oceana,” said Oceana board member Ted Danson. “Oceana is winning significant policy victories for our oceans, and tonightwe came together to celebrate that work and support their continued efforts.”

Guests also received an exclusive preview of Global Fishing Watch, an interactive digital platform built by Oceana in partnership with Google and SkyTruth that uses satellite data to visualize the history of commercial vessels’ fishing activities worldwide. The platform will be available to anyone in the world with internet access following its public launch later this year.

“With Global Fishing Watch, we will let anyone see where and when fishing is taking place around the world in near-real time,” said Oceana President Jim Simon. “This platform will deter illegal fishing and advance sustainable fishing. Scientists, governments, other nonprofits, fishing companies, fish buyers and interested members of the public will be able to ask and answer their own questions about what is happening on the oceans that belong to all of us.”

“On behalf of Oceana, I want to thank Sting and everyone who attended,” said Oceana Board President Keith Addis. “Because of our supporters, Oceana will continue to win important victories – victories that protect the oceans, the amazing creatures that call them home, and the people who depend on them for sustenance and survival.”

Throughout the night, guests were treated to specialty cocktails provided by Nolet Silver Gin, Ketel One and St. Raphael Aperitif. The event was sponsored by Panerai Watches. 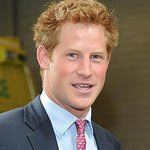 Yesterday, Prince Harry took to the stage for a special lunchtime session at the 21st International AIDS Conference in Durban.

The session was to raise awareness of the issues faced by young people living with HIV, particularly those adolescents living in sub-Saharan Africa.

They were joined for the session by a panel of young advocates – Loyce Maturu, Carlo Oliveras and Brian Ssensalire – who discussed the HIV response among young people, and what needs to change to truly address the needs of youth with HIV.

During the session named “Ending AIDS with the Voices of Youth”, Sir Elton said; “Young people are being left out and left behind in the AIDS response and it needs to stop. It needs to stop here and now.”

The special session was moderated by Kgomotso Matsunyane (South African director, writer and activist) and was introduced by Prince Seeiso, co-founding patron of Sentebale, who explained the situation in Lesotho, a small, landlocked country with the world’s second highest HIV infection rate.

Prince Seeiso said: “UNAIDS reports that there are an estimated 21,000 10 to 19 year olds living with HIV in Lesotho and only 30% of them accessing treatment. Stigma remains the main reason youth fail to access medication. It is our ambition to change the tide of this epidemic by ensuring more young people know their status, access treatment and are empowered to play there part in bringing the AIDS epidemic to an end.”

Prince Harry and Prince Seeiso spent the morning together at the conference, taking time to visit Sentebale’s Global Village session about the model of psychosocial support the charity provides to adolescents in sub-Saharan Africa. They observed as the Sentebale staff and youth volunteers explained how residential camps, monthly Saturday clubs and caregiver days help educate families and communities on supporting young people in their care with HIV. The delegates were invited to take part in an activity about identifying their circle of supporters, normally delivered to the children at a camp. This activity is one of many which help youth to understand how to cope with their virus and encourage peer-to-peer communication about HIV.

Camp is currently being delivered for adolescents living with HIV in Lesotho at the newly- built ‘Mamohato Children’s Centre. Prince Harry and Prince Seeiso visited Sentebale’s projects in Lesotho earlier this week, and took part in some of the camp activities with the children there.

On their tour of the Durban AIDS Conference, Prince Harry and Prince Seeiso met withIAS youth ambassadors before stopping to sign the UNAIDS ProTEST HIV wall with Sir Elton John to encourage young people to address the stigma around HIV testing and encourage
them to know their status.

Prince Harry and Sir Elton John were also interviewed by young journalists from the Children’s Radio Foundation. The Children’s Radio Foundation is a platform to amplify youth voices across Africa. With seven million listeners weekly, young people are shown that what they have to say does matter. Prince Harry said; “The most important thing is being able to give young people a voice,” and emphasised the importance of listening when young people speak. Elton John said, “You are the future of the world.”

As well as spending time with the Sentebale volunteers and other young advocates, Prince Harry and Prince Seeiso attended official meetings with leaders at the conference, including Mark Dybul, CEO of The Global Fund, and Ambassador Deborah Brix, US Global AIDS Coordinator and Head of PEPFAR.

This is the latest in a recent upsurge of advocacy work Prince Harry has undertaken to raise awareness of issues surrounding HIV/AIDS. Last week, he took an HIV test at Guys and St. Thomas’ Hospital, London, to show how easy it is to get tested, and at the end of June, took part in the Sentebale Concert at Kensington Palace, London, headlined by Coldplay. The aim of this work is to get AIDS back on the public agenda and encourage the world to speak out against the stigma towards those living with HIV. 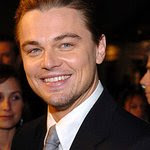 The Leonardo DiCaprio Foundation held its third annual gala this week in Saint-Tropez, and raised $45 million to go towards its aim of protecting vulnerable wildlife and stopping climate change.

Leonardo DiCaprio honored Prince Albert II of Monaco with the first ever New World Leadership Award at the event.

Part of the evening’s proceeds was donated to GiveForFrance.org. 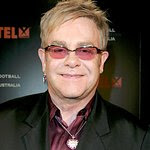 The International AIDS Society (IAS) has launched a new campaign to celebrate doctors, nurses, and other frontline health workers who deliver quality integrated HIV prevention, care, and treatment services to key populations, often in the face of discriminatory laws, traditions, and belief systems.

Supported by the Elton John AIDS Foundation, the Me and My Health Care Provider campaign gives members of key populations, including men who have sex with men and transgender populations, the opportunity to publicly acknowledge their health care workers for their efforts to provide inclusive health care services and create safe, secure, and supportive environments.

“The relationship between clients and their health care providers should be a sacred one, based on trust and mutual respect. But many men who have sex with men and transgender people visiting health care clinics are met with disdain, overt discrimination and, at times, even arrest,” said Elton John, singer, songwriter, and Founder of the Elton John AIDS Foundation. “These are the attitudes that fuel the HIV epidemic and prevent those at the forefront of the epidemic from accessing life-saving HIVprevention, care, and treatment services.”

The launch of the campaign at the 21st International AIDS Conference (AIDS 2016) in Durban featured health care providers from around the world who had been nominated by their clients for their outstanding work. In addition to being featured at the launch ceremony, the nominees will also be highlighted on social media, under the hashtag #DoingTheRightThing.

“Community health workers, nurses, and doctors working on the frontlines of the HIVepidemic are critical to our success in meeting the needs of key populations. But the efforts of these local champions are often overlooked,” said Chris Beyrer, AIDS 2016 International Chair and President of the International AIDS Society. “There is no greater honour than to be able to celebrate these individuals today who are ‘doing the right thing’ as it is in ways like this that we can really tackle stigma and discrimination in healthcare settings.”

The campaign was developed under the auspices of IAS’s “Nobody Left Behind” initiative, which highlights the importance of addressing the HIV needs of all key populations to help end AIDS. By acknowledging and celebrating health care providers delivering exceptional service in the face of extraordinary challenges, the campaign hopes more service providers will begin replicating these efforts.