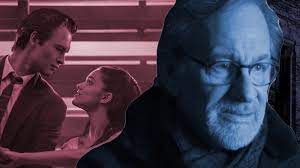 His latest offering, West Side Story, has emerged as yet another beloved movie. It continues his tradition of making movies everybody wants to see, and critics want to adore. In fact, It generated Spielberg’s customary unanimous vote of perfection by the general public and critics, who anointed it with a critical 92% Rotten Tomatoes aggregate score as of this writing.

It was moderated by Deadline’s Pete Hammond, who declared that the full-house screening was the way to experience the film. “You’ve seen it in the theater, and one of the best in town, so that’s the way to see it,” Hammond said just ahead of introducing the panel’s distinguished guests. 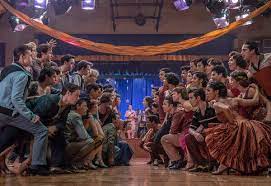 It’s worth noting that Spielberg and DeBose, (who plays Anita in the musical,) both received standing ovations for their introductions. Hammond kicked off the questions by admitting that he originally asked himself why Spielberg decided to tackle an update of the classic.

Spielberg admitted that bringing it into the modern world was part of the reason. However, he had a more personal motivation, which was “unadulterated love for the original 1957 Broadway musical,” Spielberg told the audience. “Which I listened to ad nauseum as a kid, as a ten year old when I first got the album. And I memorized every song, and it was my favorite musical. And today it still is my favorite musical.”

The director admitted to feeling trepidation about the inevitable comparisons to the 1961 film version starring Natalie Wood as Maria and Richard Beymer as Tony. “That was always worrying me,” said Spielberg. But, he said, it soon became an inevitability.

“When the era that we live in started to echo the themes of West Side Story; love and hate, war and peace,” he added, he knew it was time to go ahead and tackle the project.

Spielberg and screenwriter Tony Kushner felt that the unrest “especially along the borders” made it critical to remake the film “as it would have some relevant meaning today.”

The screening and panel was a rare opportunity for members of the press and select members of the public to hear directly from Spielberg. West Side Story boasts seven 2022 Oscar nominations.