Palm Springs, CA (The Hollywood Times) 2/10/18 – Now in its 24th year, the Steve Chase Humanitarian Awards Gala has raised millions of dollars to care for people living with HIV.  First organized by and named for famed interior designer Steve Chase – a former D.A.P. donor, volunteer, and board member – the gala is a highlight of the desert social season and preceded by an exclusive VIP pre-party honoring major donors and celebrity guests.

This year Tony Marchese, owner of Trio Restaurant, will receive the Partners for Life Award.  The awards are set to kick off at 7 p.m.on Saturday, February 10th at the Palm Springs Convention Center.  They will feature En Vogue as headline entertainment and Thelma Houston at the after-party.

Steven Henke, Director of Community Development at Desert AIDS Project, was kind enough to answer the following questions about the gala for THT as event planning was still in progress.

1)  Do you have any plans for a special version of these awards in 2019 when they celebrate their 25th year?

Planning for the 25th Steve Chase Humanitarian Awards will begin very soon! We expect to look back at our rich history of community in action and at Steve Chase himself to mark the occasion in a meaningful way.

2)  How are the recipients for the awards chosen?

The leadership team at Desert AIDS Project selects honorees in partnership with the event co-chairs.

3)  What made Tony Marchese of Trio Restaurant stand out this year for the Partners for Life Award?

Tony stands out because of his continued focus on philanthropy in each of his new business ventures.  Trio Restaurant continues to rank in the top three fundraising restaurants in North America during our annual Dining Out for Life event benefitting Desert AIDS Project.

4)  What are typical challenges that people living with HIV face day to day?

Day to day, people with HIV live with stigma and may choose to shut off from work, friends, and family.  They may remain single because they don’t believe anyone would want them.

They face barriers to access to help, either because they have no medical insurance, or because where they live lacks infectious disease specialty doctors.  And sometimes doctors themselves can stigmatize those with HIV due to cultural or religious bias.  For example, one in three doctors in the U.S. still do not talk to their patients about PrEP and PEP, either because of ignorance or due to discrimination. 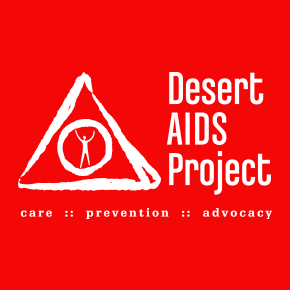 Even with the right medication, an aging HIV-positive population cannot thrive without access to the essentials to live such as employment, food, housing, transportation, and emotional counseling if necessary.

5)  What signs of progress in the treatment of HIV have emerged over the course of the past 25 years?

Over the past 25 years, progress in the treatment of HIV has been monumental.  Thanks to pharmaceutical advancements, anyone on treatment now can expect to live just as long a life as anyone else without the debilitating side effects that previous medications caused. 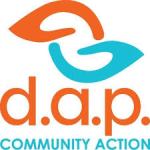 These advancements would not be possible without the gradual chipping away at stigma, which some believe started when Magic Johnson had the great courage to come out as HIV positive in 1991.  We still have an incredibly long way to go in getting rid of stigma, however.