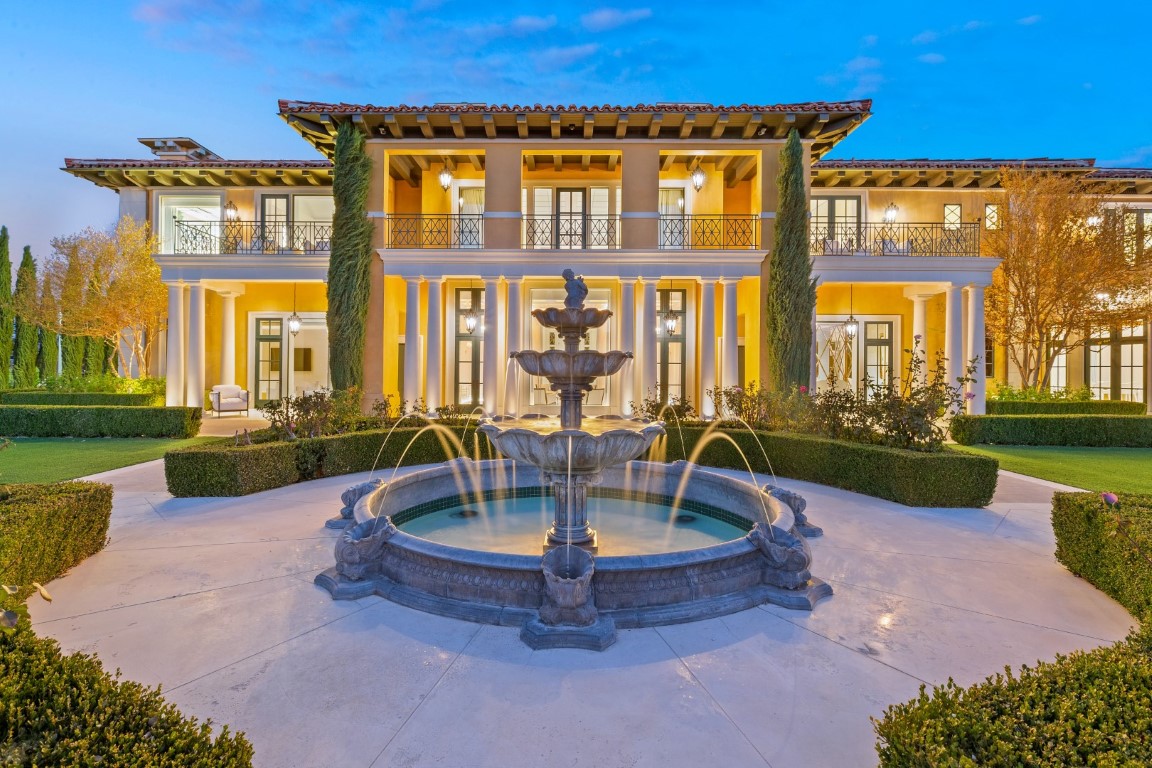 Having developed many of the world’s most successful casinos, Steve Wynn has a net worth of about $3 billion, a priceless art collection and a home appropriately named “Museo,” a mansion/museum on the Las Vegas Billionaire’s Row. A combination of Vegas fashion, European sophistication and a luxury golf resort, Museo is for sale, priced at $25 million.

Wynn has been involved in the gaming industry since the death of his father when he took over the management of his dad’s Maryland bingo parlor. He soon moved the family to Las Vegas and segued into the world of building and managing casinos. Better than almost anyone else in the business, Steve developed the Las Vegas casinos Golden Nugget, Mirage, Treasure Island and Bellagio, and later expanded to Atlantic City, Boston, Mississippi and China. The wealth he has accumulated has allowed him to fulfill his passion for art and expand his extensive collection that includes rare Picassos, a record price for Rembrandt’s Man with His Arms Akimbo, Claude Monet and the purchase of the first Johannes Vermeer painting that has changed hands in 80 years.

Museo spans approximately 13,500 square feet on 1.5 acres at the edge of the Las Vegas Country Club Golf Course in a secured community of similar homes. Built in the style of Old World European elegance but adapted to the outdoor lifestyle, the home was recently redesigned and updated at a cost of $16 million, in addition to the $13 million he paid for the home in 2018. With Wynn’s valuable art collection in mind, the home’s security features include a gas suppression system that goes into operation at the first sign of smoke, a display hallway with automatic doors that drop out of the ceiling and lock in an emergency, and infrared cameras on the exterior of the home.

A friend of Hollywood stars, Fortune 1000 CEOs and President Trump, Wynn’s home was renovated for grand entertaining with a chef’s kitchen featuring double appliances and a large butler’s pantry that also adds a second kitchen. Included in the six bedrooms and nine baths is a master suite with his-and-her baths, dressing room and hair salon. Additionally there are his-and-her executive offices, family room with wine closet, media room and den. All are dressed in elegant finishes such as gilded doors, silk carpeting and mohair-covered walls. One wing is the caretaker’s apartment but also with a full gym with wet bar, caretaker’s office, laundry room with double Bosch washers and dryers, and climate-controlled garage with skylights and arched entryways. Museo has its own power plant that can independently run the home for 36 hours. Just as impressive on the outside, the pool terrace overlooks the golf course and the La Madre Ridge Mountains with an oasis of Italian Cypress trees, palms and other plantings. The European-style outdoor sanctuary features an extravagant four-tier fountain, charming Roman gazebo, pool, spa and extensive gardens.

Steve Wynn is selling his lavish Las Vegas mansion that has exceptional safety and security measures and its own power plant. New to the market, it is priced at $25 million. The listing agent is Ivan Sher, The Ivan Sher Group, Berkshire Hathaway Home Services Nevada Properties | Luxury Collection, Las Vegas.

World Golf Hall-of-Famer Greg Norman’s name is best known for his championship golfing, but during his golfing years he might have been busier honing his entrepreneurial skills than his golf game.  His net worth of around $400 million today has been earned mostly through his numerous businesses enterprises where his golf winnings were poured into their expansion. Not surprising that for the last 20 years he has owned one of the most popular big-game-hunting-and-fishing ranches in Colorado. Greg’s Seven Lakes Ranch is now on the market, priced at $40 million.

Designed to accommodate and entertain large groups of sporting friends and their families, the 13,907-square-foot lodge has eight guest suites that are complemented by a saloon/dance hall. Huge logs, stone fireplaces and glass walls embellish the interior with captivating views of lakes, the river and stunning sunsets from inside or from the terraces.

After 20 years of ownership, golfing-great-and-consummate-entrepreneur Greg Norman is selling his Seven Lakes Ranch in Colorado. Priced at $40 million, the listing agent is Brian Smith with Hall & Hall, Steamboat Springs.