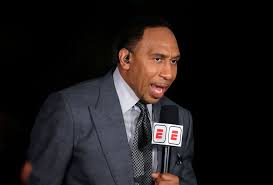 (The Hollywood Times) 7/14/21 – Yesterday, I was interviewed on local Fox 11 on the recent Stephen A Smith controversy regarding his comments on Shohei Ohtani’s use of a translator. Stephen asserts that in what should be an “American” sport, we should have someone that can at least speak English and that Shohei shouldn’t be a standard bearer for the sport of baseball, even if he has attained a level of skill, no player has since Babe Ruth.

There are a few things going on. First, as an avid baseball fan and loyal Angels fan who, pre-pandemic, donated hundreds of tickets to the community, I’m loving the publicity Shohei Ohtani is getting. A win for meritocracy here. Shohei has worked so hard to get to this level. Most baseball players are known to either be great hitters or great pitchers. Shohei’s talents in both are a result of a laser-like focus and dedication in being the best he can be, culminating in one of the best seasons ever and his position as the first Japanese born participant in MLB’s Home Run Derby and the first player ever to be a pitcher and a position player at the All Star Game. For that, he is a role model and inspiration to many.

Shohei is a Japanese national. It is a win for both America and Japan, and especially America, for exporting a traditional American pastime to Japan, after a World War and a subsequent adaptation of the sport into Japanese culture, to produce an athlete like Shohei. Shohei represents the marriage of two cultures after war and the culmination of several decades of nurturing the talent and the sport to produce the legend that is Shohei. His success is the cherry on top of a 40 year friendship and melding of American and Japanese cultures through my favorite sport.

Now, to the controversy. Stephen A Smith may not see the elephant in the room as he is probably so myopic in his vision of the world and sports, that he missed everything else going on with #StopAsianHate and #BlackLivesMatter, where, for right or wrong, has heightened people’s sensitivities about race. This is what the society is going through. But attacking the heritage of those who were not born in this country is kinda ugly, no matter which way you cut it. And that’s what happened when he gets so into the competition of things that he insults the heritage of another athlete. It’s racist to his fellow blacks, xenophobic and he then had to apologize to Nigeria. It is flat-out disrespectful to demand someone speak English as a prerequisite to being an icon.

Asian culture usually has us stay quiet in the face of attacks. Shohei handled this like a champ: the same discipline that has led him to succeed in his field and to be the best. I am glad that today, in 2021, our overall American society is understanding enough to speak up. For many years, Asians are constantly bullied and we are encouraged to stay silent and “above the fray”. The result? Unanswered attacks can lead people to continue their negative behavior unchecked and it does have an impact on people, especially kids. As a young child, I had less Asian role models. Growing up in the 90’s was actually a departure from the 80’s when there was more Asian representation in film. The invisible minority was being shut out of everything and certainly I didn’t have a Shohei to look up to in baseball. Now that is changing and it’s good to actually address how things were different in the past. There is no sin in identifying that things were very subtly racist against Asians, because we have heard this in private conversations, in the subtle ways Harvard and Yale put “personality scores” on Asians, saying we’re somehow “less than”, or when Asians are targeted for crime because there is a perception we don’t fight back. Yes, racism is there and exists.

But what shocked me was certain voices, who I had considered friends, decided that it was outrageous for me to even say that it was racist. I’ll say it again, it was xenophobic and racist. If you want to put emotion in that, that’s on you. Sometimes it’s just a matter of fact. My white friend, Jim, who I discussed this issue with, said, “Racism is not a big deal. I’m white and I lived in Ethiopia, and I’m humble enough to say, the way I see the world sometimes is racist. I am not afraid of being called one and I can check myself on any troubling behaviors, but I’m a better person today because I test my assumptions”. I feel the same way. I have become a less racist and more inclusive person as I grow older, because I can say, “maybe how I used to see the world was wrong and I’m willing to explore the discussion”.  But to be so arrogant as to believe racism doesn’t exist, period, is some serious delusion and moral superiority.

Maybe you can get your head out of your rear and see things from a different perspective, or at the very least, give others the space and respect to agree to disagree and explore the finer points, privately. This arrogance, in political debate, especially from a person who considers themselves a California activist leader (they relinquished certain titles by leaving the state), is the last thing I want in anyone claiming leadership. Thank goodness they moved out of state but have now devolved into keyboard warriors fighting on the Internet, making former friends into enemies. In their persistent desire to be right, they turn off more people than they convince to come to the light, and polarize people even formerly on their side.

Not reacting is now a lost art. Every debate, political or non-political, on both sides, seems to devolve into drawing your line harder in the sand and destroying any relationship that could have occurred. How ugly and unproductive. While I find Stephen A. Smith’s initial “doubling down” absolutely ridiculous, I actually applaud him for showing humility in the end.

This is why on this issue, I felt what happened to Stephen was enough. He got a public flogging. If Jeffrey Toobin can get his job back with CNN and that’s the standard today, throwing hate at Stephen is not going to make the world a better place. It was a teachable moment and he can learn.

Similarly, I get sarcasm. I get “tongue in cheek”. Stephen should not be fired. The market spoke. It forced a written apology, no matter how sincere or insincere it was – I don’t care to psychoanalyze people I don’t know. From a community perspective lens, this is a win. Like I said on Fox, which was paraphrased, Shohei remains winning and this actually gives his success more promotion. What Shohei accomplished is quiet, consistent and beautiful. So thank you, Stephen for striking that contrast!

I think part of what makes America unique is that we can exercise our First Amendment rights, look stupid in the process, and learn from it to become better. Robbing someone of that by overly harsh consequences to limit free speech will truly destroy American tradition at its core and that is the tradition we should really be hell bent on preserving, not the shallow nonsense Stephen Smith chose to make a big deal out of. Shohei certainly didn’t. He moved on, and remains winning.

Marc Ang (marc@aib2b.org) is the President of the Chinese American Citizens Alliance in Orange County, a community organizer in Southern California and the founder of AsianIndustryB2B who specializes in race relations and the minority conservative experience. His book “Minority Retort” will be released in late 2021