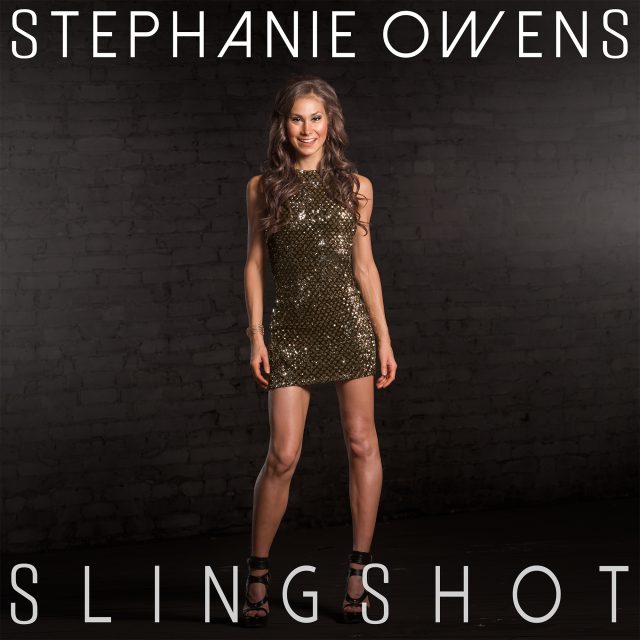 NASHVILLE, TN. – (August 21, 2019) –  Lynchburg, Virginia native, Stephanie Owens, has announced an advance opportunity for her fans to be the first to get the new music in anticipation of her upcoming single “Slingshot,” which is scheduled to be available Sept. 13 on all digital platforms Apple Music, iTunes, Spotify, Google Play and Amazon. Pre-order, pre-save and pre-add the single on Spotify,  iTunes or Apple Music here.

“I’m really excited about ‘Slingshot’ because it lyrically communicates what I’m passionate about and musically taps into new vocal territory for me.  I believe this song will really resonate with people because we all face struggles and go through times when we feel like the underdog.” Stephanie continues, “Hardships in life are inevitable, but we can choose to let them be setbacks or setups.  In my own experience, fighting through trials has always made me stronger. My vision for ‘Slingshot’ is that it will inspire others to have this same comeback mentality!”

The single is a high-energy tune that rallies listeners to view life’s difficulties as launching pads toward future accomplishments.

“Stephanie is always great to work with and makes my job easy,” exclaimed Producer, Brad Hill. “She has a powerful message that people need to hear!”

“It’s easy to see why Stephanie is continuing to create buzz around Nashville. She is organized, and she knows what she wants as an artist,” stated Producer, Evan Cline. “Coming off of Stephanie’s EP, I felt like she had a place for this anthemic, power-driven song.  I think this is going to be a big song for her – literally and sonically.”

About Stephanie Owens:
When Stephanie Owens was only seven years old, she landed her first professional recording gig. She made her film debut when she was chosen to play the starring role of Faith Garrett in Finding Faith the movie, co-starring Erik Estrada. Stephanie moved from Lynchburg, Virginia to Nashville in 2013 to pursue her dream of becoming a country recording artist. In 2017, Stephanie felt that she had the right songs to release and began gathering a production team for her debut EP, released on May 18, 2018.  October 2018, she made her national television debut on The Huckabee Show, where she performed and shared her eating disorder recovery story. Stephanie’s music, official music video, and story are receiving interest from national sources and have been highlighted by a number of websites and blogs. Her music video is featured on CMT.com. Stephanie has also launched a School Assembly Program, in coordination with the National Eating Disorders Association, where she sings, shares her story, and talks about body positivity and social media pressures. Her new single, “Slingshot”, is scheduled for release on Sept, 13, 2019.

“I believe that every person has been given a unique story and gift that, when shared, can leave a legacy that echoes into eternity.  I will always write and release songs that communicate what is important to me and give a glimpse into my true story. I definitely want my music to be entertaining, but, more than anything, I want it to be an inspiration to those who hear it.” Enthusiastically-embracing the journey ahead, Stephanie is committed to using her God-given talents to impact the world. Stay current on her website https://www.stephowensmusic.com/