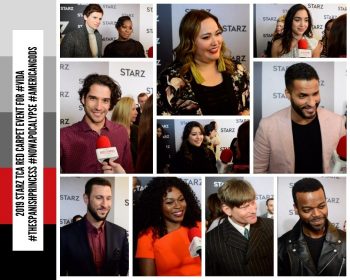 Embodiments of masculinity and femininity are central concerns for the show. The new format of VIDA with ten episodes per season rather than six should expand the playing field for the battle of the sexes! “It was like the whole [first] season was a pilot,” said Carlos Miranda. “Yes–a three-hour pilot!” confirmed Tanya Saracho.

The local East LA community seemed to take a liking to VIDA’s vibrant cast during filming since they knew that the show was being made with love and respect, especially for the neighborhood. The Latino audiences were able to pick up on the little culturally-driven in-jokes as well as the bigger and broader ones.

Gentrification is happening all over the country every day. Shows like VIDA can depict the process and its socioeconomic impacts without being documentaries and create a dialogue with their viewers.

The human aspects of displacement can be a powerful call to action. Television shows also bring jobs and support for local businesses to the areas where they are filmed, of course.

The back stories of VIDA’s many and varied characters will be fleshed out further during the next season. One of the female characters (Eddy) experienced a homophobic hate crime at the end of Season 1. The aftermath of this trauma will play out in Season 2 beginning from Eddy’s hospital bed.

“As an artist, I’m attracted to work that’s socially conscious,” said Roberta Colindrez. It looks like the second season of VIDA will certainly fill the bill!