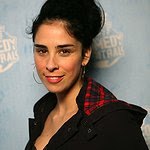 Get ready for a night of laughter next month honoring weSPARK founder Wendie Jo Sperber.

In celebration of the 15th anniversary of weSPARK Cancer Support Center and to honor the memory of its founder, actress/comedienne Wendie Jo Sperber, many of her former cast members of Bosom Buddies, 1941, Back to the Future and I Wanna Hold Your Hand are participating to honor her memory. weSPARK provides free services to cancer patients, survivors and their families and friends.

Tickets are $200 with table sponsorships starting at $2,500. To purchase or for more information, visit www.wespark.org, call 818.906-3022 or email Marlene@wespark.org. weSPARK Cancer Support Center is a non-profit organization.

WE Day To Be Broadcast On ABC Next Week

WE invites Americans to tune in to the second annual US national broadcast of WE Day on August 28, 2016 at 7 pm/6 pm CT.

Charlize Theron, Demi Lovato, Seth Rogen and Lauren Miller Rogen, Selena Gomez,Natalie Portman, Common, Big Sean, Jennifer Hudson, Ciara, Jacob Tremblay, Zooey Deschanel, Tyrese Gibson, Joe Jonas, Nick Jonas, Paula Abdul, Hannah Simone,Rico Rodriguez, Raini Rodriguez, Kermit the Frog along with other Muppets and more will come together to lend their voices to WE Day, part of the WE Movement that brings people together and gives them the tools to change the world locally and globally, achieving transformative outcomes for themselves and others.

The WE Day broadcast will bring families across America together for an evening of empowering conversations about important social issues, sparking ideas and inspiring action. Featuring high-energy performances combined with motivating speeches and documentary-style features highlighting young Americans making a difference, the WE Day broadcast is the manifestation of the WE Movement–inspiring people to live WE by taking action on issues and creating change in communities around the world.

WE Day events bring people together, filling stadiums around the globe to experience the world’s greatest classroom for a full day live event. Youth can’t buy a ticket to WE Day — they earn their way through service by taking action on one local and one global cause. WE Day engages students of all socioeconomic backgrounds through WE Schools, an educational program that helps to further students’ learning and develop life skills. Globally over 2.4 million students are part of the WE Movement, taking part in service learning programs and campaigns.

“I’m proud to be a part of the WE Movement—part of a community made up of world-changers who are coming together to make a lasting, positive impact across America and the world,” said singer, songwriter and actress, Demi Lovato. “WE Day will unite and inspire Americans, reminding them that there is so much good and love in the world. I live WE every day and believe that by supporting one another we can truly change the world together.”

To support the WE Movement and share their commitment to living WE, iconic celebrities including Natalie Portman, Kate Winslet, Jennifer Hudson, Common and others, make appearances in the WE Day broadcast and take the WE Pledge. Americans can join this star-studded lineup and become part of the WE Community by taking the pledge at WE.org, demonstrating their commitment to make a deeper impact in their communities and around the world.

For every pledge taken, $10 will be donated to WE Charity, the charitable division of WE that empowers change with resources that create sustainable impact. Through the pledge, up to $1 million will be donated to support WE Charity’s domestic empowerment programs and sustainable development programs in communities overseas. By taking the pledge, people will receive valuable information and opportunities to help them live WE in their daily lives.

“I pledge to live WE — working to ensure that every girl around the world has access to an education,” said Natalie Portman, Academy Award-winning actress and WE Ambassador. “We can all make a difference by the choices that we make, our actions and intentions, and by the way we treat and support others. By pledging to live WE, Americans are committing to join a collective community that is making better choices, spreading love, not hate, and working together to make the world a better place. I am honored to be a part of the WE Movement and believe that change is within each of us and that together we can change the world.”

“Everyone is invited to take part in the WE Movement and take the WE Pledge, whether you’re a parent looking for support in raising caring and compassionate children, or a young person looking to take action in your own backyard,” said Craig Kielburger, co-founder of WE. “Being empowered to change the world is what WE Day and the WE Movement are all about, and taking the pledge is where it all begins — encouraging everyone to join together and make a lasting impact on issues they care about.”

WE Day is made possible by national title sponsor Allstate, presenting sponsors Unilever, Walgreens and Microsoft. Click here to watch the PSA.

Join the WE Movement and take the WE Pledge today at WE.org.

Innovations In Care With Soledad O’Brien Premieres On WebMD

Innovations in Care explores the daily lives of two remarkable individuals in search of the best treatment options for potentially devastating health conditions: diabetes and high cholesterol. Told from their unique perspectives, the new signature series looks at the struggles faced by two patients who are proactively changing their lifestyles in an effort to win the constant battle to keep their illnesses in check.

To view the exclusive video series and related programming, please visitwww.webmd.com/diabetes-innovations or www.webmd/cholesterol-innovations.

In this new signature video series, WebMD and O’Brien share the stories of Paige and Jonathan. Paige is a working mother of two who developed Type 2 diabetes after the birth of her first child. Jonathan suffers from familial hypercholesterolemia, a genetic disorder characterized by extremely high cholesterol levels. Because of this, he suffered a nearly-fatal heart attack at the young age of 28 and has since had to adapt his life accordingly.

“Utilizing the most advanced technologies available, today doctors are able to successfully manage, treat, and sometimes reverse conditions that have long plagued huge numbers of people,” said Soledad O’Brien, producer and host of Innovations in Care. “Although we are living in the golden age of medical advancements, many are still struggling to manage debilitating illnesses. This new series, developed by Starfish Media Group and WebMD, shares the inspiring stories of individuals and their families who are showing extraordinary resilience in the face of incredible health challenges.”

“WebMD is committed to providing our audience with crucial, informative, and humanizing stories about the latest advances in medicine. Our mission is to broaden access to important healthcare information, and video is a powerful way to do this,” said Kristy Hammam, WebMD Editor-in-Chief. “We are excited to partner with Soledad O’Brien on this latest series, and we believe that these stories will give hope and provide health information to the legions of people who live with these diseases every day.”

Innovations in Care marks the second collaborative effort between WebMD and the Starfish Media Group. WebMD and Soledad O’Brien first partnered to develop original digital video programming in early 2016. The initial collaboration between WebMD and Starfish Media Group, Teens and Stress, documented the experience of teens, as well as the efforts of educators, influencers and administrators, to reduce the record levels of stress impacting kids in schools and homes across America. 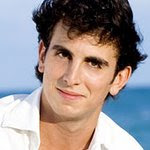 UNICEF has appointed world famous Jordanian pianist and composer, Zade Dirani, as Regional Ambassador for the Middle East and North Africa with a special focus on advocating for the most marginalised children especially those caught in conflict, violence and poverty.

“We are deeply honoured that Zade Dirani has accepted this role. His appointment will be a strong contribution to furthering the rights of children. His amazing talent is critical at a time when the region is in dire need for peace, tolerance, and cultural understanding” said Saad Houry, UNICEF Regional Director for the Middle East and North Africa.

The founder of the Zade Foundation for International Peace and Understanding, Dirani is known for his work to help young musicians promote peace and cultural understanding. Over the past years, he has worked with aspiring and world renowned musicians to spread the message of peace and co-existence, including a much acclaimed concert for peace “One Night in Jordan,” where he was accompanied by musicians from some 40 countries.

“I am delighted to be a Regional Ambassador for UNICEF,” said Dirani. “I firmly believe that music transcends borders and is a powerful tool for peace and mutual respect. As we look around our region, we are reminded how critical it is to continue to raise our voices for the protection of children, especially the most vulnerable. History will judge us harshly if we fail them.”

Referred to by some as a ‘piano prodigy,’ Dirani has released several billboard charting albums, and performed around the world, including by invitation of the Jordanian Royal Family. He has also performed for Her Majesty Queen Elizabeth, the Dalai Lama and the late Nelson Mandela. 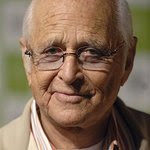 In it Lear speaks about how he discovered what he calls “the foolishness of the human condition” and how it led him through his outstanding television programming career.

One of the reasons his shows of decades past were so popular is because they gave a voice to underrepresented segments of society of the time. Those people were his audience ‒ think: All in the Family, Sanford and Son, Maude, The Jeffersons ‒ and the shows had a profound influence on many. Lear cites one young man who learned from watching George Jefferson on The Jeffersons that it was actually possible for a black man to write a cheque.

Although the sitcoms’ stereotypical Jewish mother was based on his own mother, his childhood history was not a happy one. His mother is described as someone for whom Lear was never good enough. It was also during his childhood that he learned that there were people in the world that hated him because he was born to Jewish parents. These things, along with an absentee father, Lear believes were influential in his later years during his search for a voice that would be listened to.

But the most important seed was planted on the day that nine-year-old Lear was crying while his father was being carted off to jail and another man put’s his hand on Lear’s shoulder and said, “You’re the man of the house now, and men of the house don’t cry.”

“I think that was the moment,” says Lear, “that I began to understand the foolishness of the human condition,” which became the springboard to his soaring career, giving voices to those who had none.