Los Angeles, California (The Hollywood Times) 05/30/2020- CARGO Films & Releasing presents, STAGE: THE CULINARY INTERNSHIP featuring Chef Andoni Luis Aduriz just released theatrically virtually nationwide. STAGE, directed by Abby Ainsworth  follows a group of aspiring chefs during a nine-month apprenticeship at one of the best restaurants in the world: Mugaritz, nestled in the hills outside San Sebastian. While the twice Michelin starred restaurant’s notorious avant-garde cuisine elevates these young hopefuls to think outside the confines of a kitchen, can they handle the heat of its intense creative environment? STAGE features Chef Andoni Luis Aduriz (judge on Netflix’s Final Table).

You founded Butternut Productions as a means to create a new perspective on how we understand and engage with the food culture. Share a few of your recent projects.

Abby Ainsworth: Around the time I began creating my own content, the rise of competition and gluttony was on the rise in food TV. When pitching my concepts to networks I constantly heard “great idea, but can you make it a competition??” I was more interested in how food connects us culturally and environmentally. About six years ago we created a series called In The Weeds, a foraging food show where chefs are taken out into the wild with a foraging expert and have a cookout. Selfishly, I wanted to also learn about identifying wild edibles and hang around a bunch of chefs. During the filming I ate some of the most amazing meals I’ve ever had, better than any Michelin star could serve. French Chanterelles in northern Quebec, grilled moose in St John’s Newfoundland and wild grouse with wild blueberries in Northern Ontario.

I had another amazing experience filming across the arctic of Canada, which was absolutely incredible. I guess I have a thing for cooking and eating in the outdoors!

IN THE WEED SCREENER:

Porzia, Fiddleheads – In The Weeds

ACROSS THE TOP SCREENER:

STAGE follows a group of aspiring chefs during a nine-month apprenticeship at one of the best restaurants in the world. How are individuals selected?

From what I know they are looking for a diverse group that range in background, cooking skill level, and interests outside of the culinary world. They want a group of people who are curious and malleable. In past years they have had scientists and botanists stage. They aren’t looking for a perfectly polished culinary resume. 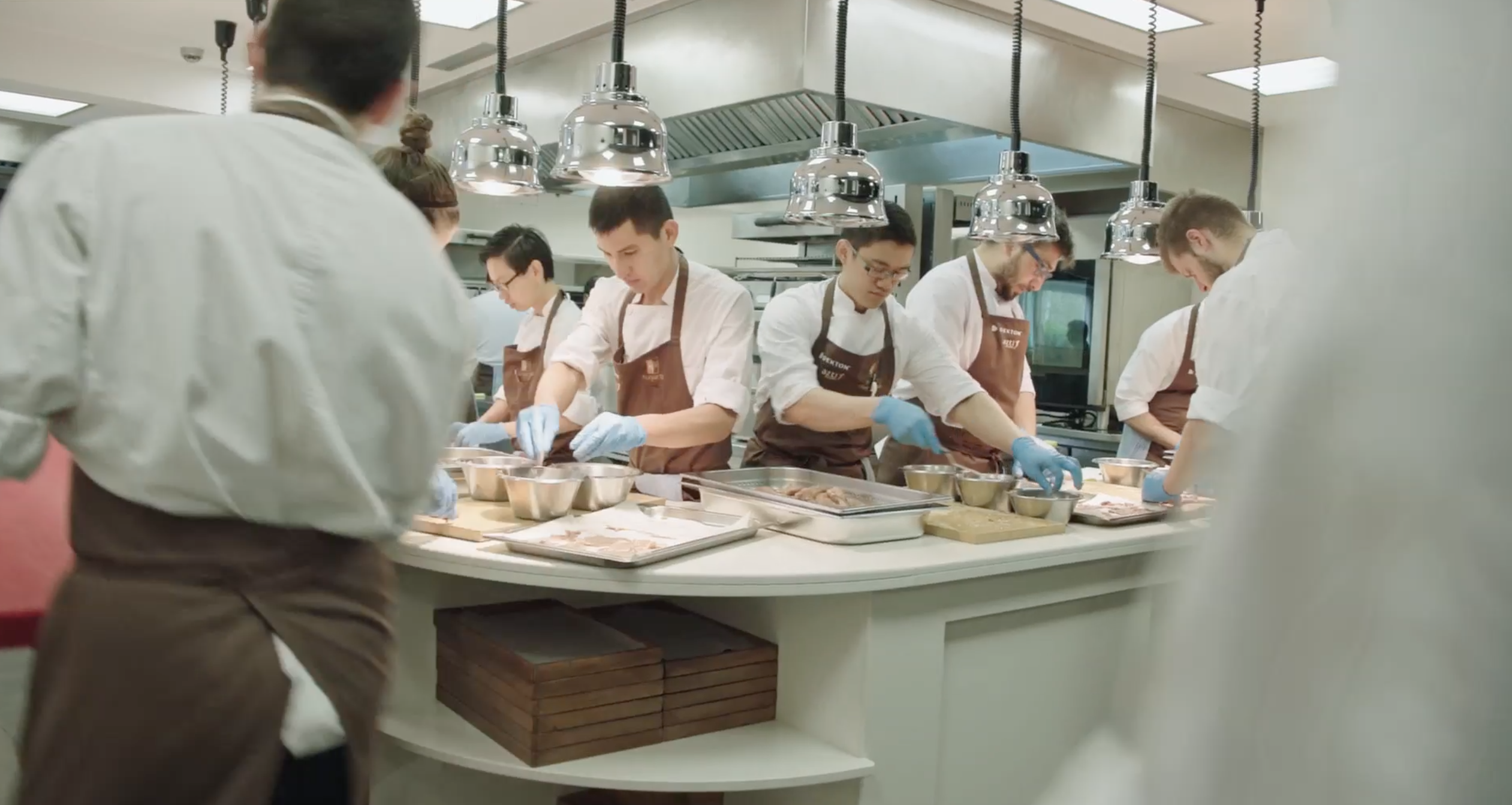 What excites you about STAGE: THE CULINARY INTERNSHIP?

I absolutely loved filming the kitchen scenes, they were the most thrilling. I used to work at a high end restaurant so the rush of service would bring me back to my serving days and the performance of it all. They were also very difficult to film because we didn’t want to get in the way and we only had one camera to capture the action of 25+ cooks. More than any other restaurant I’ve been to. The kitchen is also super quiet so our director of photography had to rely on our audio recorder to tell him through a walkie talkie if anything was happening with our characters.

You are known for working in the realm of unscripted and live content. What are some of the challenges you faced during filming?

There were so many challenges with the film and I think the beauty of documentaries is that you have an idea of how it will go and then real life takes over. I live in Toronto, Canada so not being in the same country as our subject was extremely difficult. So much happened while we were not there for example Sara becomes Chef de Partie (head of her station) we were not there, so trying to figure out how to tell that story visually was a big challenge. 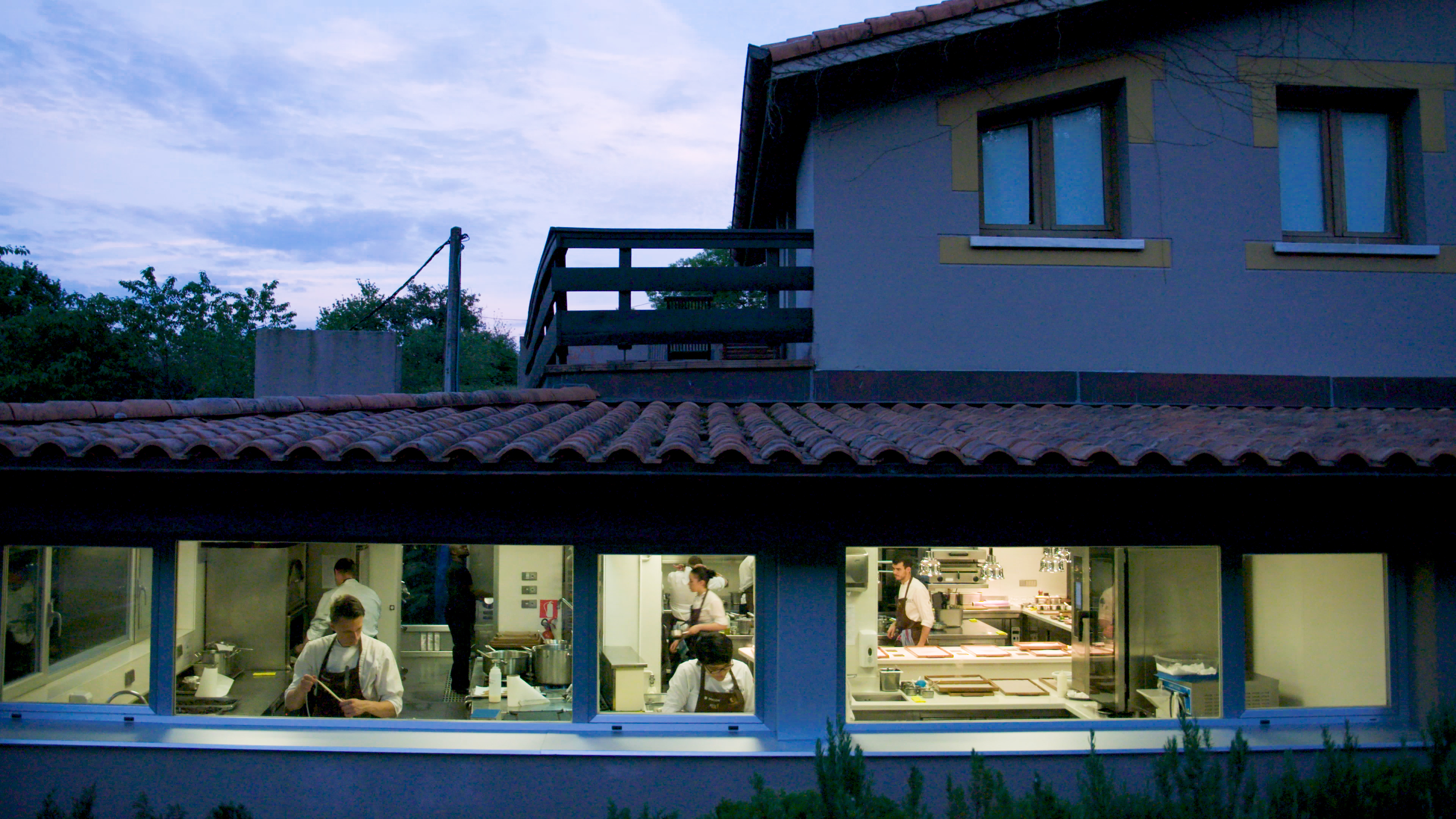 The young hopefuls were forced to think outside the confines of the kitchen. What surprised you the most?

What surprised me was how quickly the excitement and wonder of staging at Mugaritz wore off for some of the stagiaires. There were some of course that stayed focused and dedicated the whole way through but there were many that didn’t last more than a month or two. Also, Sara’s confidence really surprised us as when she started the internship she felt intimated, being one of the least experienced cooks. She took in every aspect of the process and got what she wanted out of it.