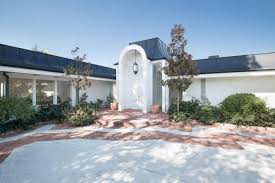 One of America’s most unique homes homes is going to auction on January 21st. The Utah Cliff House is featured this week at TopTenRealEstateDeals.com.

Next time someone says, “Go live under a rock!”, they probably hadn’t thought of how cushy that could actually be! For ultimate protection from the stars falling as well as noisy neighbors and monthly billing assaults by the local power company, living under a rock could be the answer to the alternative of living in a very chaotic world.  A solar-powered Utah cliff home inside a rock with its own orchard and vineyard and total off-the–grid living is going to auction on January 21st.

Located in the Montezuma Canyon in Monticello, Utah, the 12-acre property includes 2,100 square feet with, three bedrooms and two baths, wifi and phone lines on the property. Built in 1986 and continuously added to for total self-sufficiency, there is a 24-volt solar system, well, two 2000-gallon culinary stainless water collection tanks, propane and backup generator, and vegetable garden in addition to the mature orchard and vineyard. There is also a detached 900-square-foot garage.

Moab Premier Properties in Moab, Utah is conducting the auction.

The repurposing of church buildings into unique living spaces is becoming more common as inner-city churches lose their membership to the suburbs. And attractive for home seekers looking for historical significance, character and locations close to city amenities. Now on the market, completely reworked in 2016, is a 100-year-old church in the heart of San Francisco’s Dolores Heights community. Formerly the Second Church of Christ Scientist, the project was developed and designed by seismic engineer Siamak Akhavan who took on the project in order to live in the penthouse and oversee the  maintenance and upkeep of the building.

The building was designed in 1915 by architect William H. Crim as a neoclassical building with arched entry porticos and Tuscan columns. It was sold to its current owner in 2011, who spent four years designing, restoring and upgrading the old building into four distinctive spaces.

The three-level, 5,075-square-foot unit for sale has a private entry, four bedrooms, four bathrooms, an open chef’s kitchen, a den and a media room. The interior features polished cement floors, exposed brick, steel beams, original woodwork, soaring 30-foot ceilings and 75-foot width that’s the same length as the building. Views from the unit are over Cumberland Street and the building’s private Zen garden featuring seating benches, organic vegetable garden, custom-designed sculptures, brick paving (recycled from building), birdhouses (made from recycled vent piping found in the building), and new landscaping. The Dolores Heights community is blocked from incoming weather by Twin Peaks with warm, sunny and fog-free days for much of the year.

Listed by Marcus Miller and John Woodruff of Hill & Co. Real Estate is priced at $6.149 million.