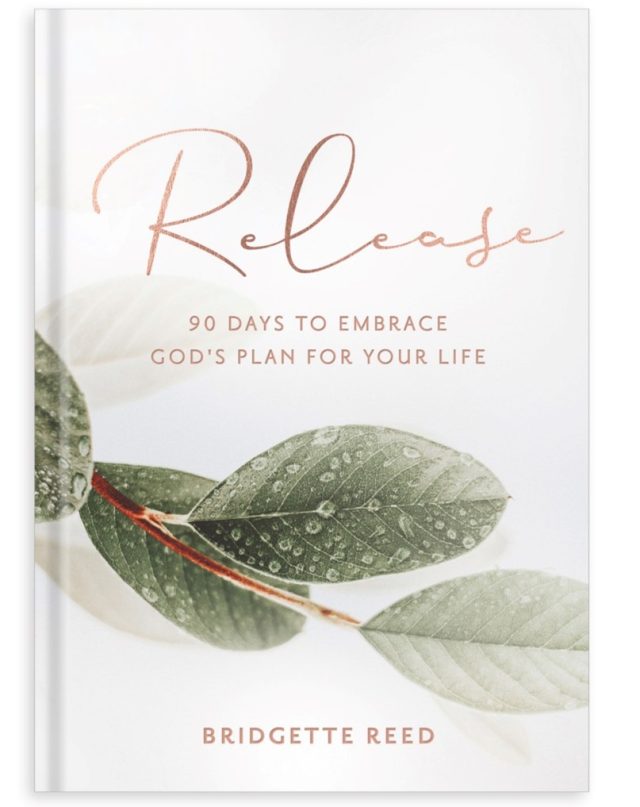 Los Angeles, CA (The Hollywood Times) 11/25/22 – With recent events, it’s safe to say many of us have been feeling a little lost. Many people’s post-pandemic lives are beginning to look very different from their pre-pandemic ones, perhaps causing them to feel adrift, or to question their previous goals and choices.

That’s exactly where author, speaker, and sought-after relationship coach Bridgette Reed found herself after leaving a 9-5 job and life that had her feeling like she was living in a “floating jail cell.” She, like so many of us, decided to make a big change, and while the change itself may feel frightening enough, what comes next can be even more intimidating. Once the rush of excitement from her big decision faded, Bridgette was left wondering, what was the next step? What was the bigger picture? Thankfully she found her way and now she is out to help other women do the same by re-imagining their own plan and trusting in a higher power. 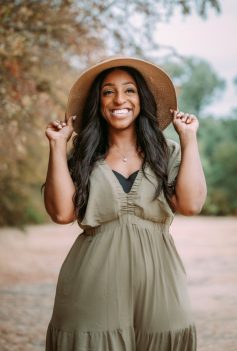 We got a chance to sit down with Bridgette and chat about her latest book “Release: 90 Days To Embrace God’s Plan For Your Life.” Bridgette revealed that she too had experienced what many people, especially women are now experiencing, the feeling of being adrift and confused not to mention paralyzed by past mistakes. So now she seeks to help other women release that shame and guilt, by helping them embrace a bigger concept for their lives and loves. She herself was able to get through the big decisions by focusing on the daily and wants to help others do the same. She explains “I got out of the clouds; out of the big goal of being global or worldwide and came down to the very intimate level of the home. The everyday decisions we make and the people we see every day — that is where I want to empower.”

Bridgette is a Texas-based author and relationship coach who along with her husband is helping couples and individuals learn to “embrace uncertainty and vulnerability” in their lives and relationships.

Her previous book Bold, Fierce & Transformed has been featured on FOX Good Day, ABC Good Morning Texas, and a host of other radio, television, and print media. She is also a sought-after speaker in the areas of modern motherhood, marriage, and relationship coaching. 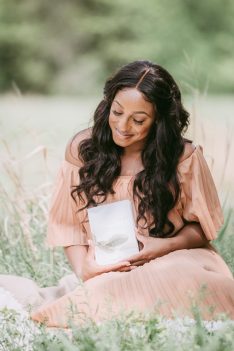 In fact, she and her husband Deon Reed will soon be launching a program and 52-week devotional specifically for married couples. They are hopeful it will help couples learn from their challenging moments and embrace the mantra “not perfect but healthy.”

Release: 90 Days To Embrace God’s Plan For Your Life was released on October 4th and has been making waves ever since. It is a daily, 90-day devotional that includes perspective shifts, personal stories, and even prayers/devotionals. Although the book does have a religious tone, Bridgette feels that everyone can benefit from its wisdom. She was kind enough to send us a copy for review.

Here’s What We Thought:

The book is a daily devotional that is aimed at helping individuals quite literally take it one day at a time while still embracing the concept of a bigger picture for their lives. It is filled with wisdom from Ms. Reed’s personal experience as well as faith-connected inspiration. It is clear that her faith is very much what helped her get through the times of uncertainty to find her current path of success.

While the book is Christian based, some inspirations and insights can apply to a vast and diverse audience. Ms. Reed taps into themes that many people experience, especially in today’s uncertain times. There is one excerpt that feels especially relevant to feelings many of us have all surely been through. At this point in the book, Ms. Reed has left her limiting 9-5 job to be a stay-at-home mom and work on her entrepreneurial journey, yet she feels stuck. She has made this big decision but the overwhelm of the unknown and the uncertainty of the next steps had her frozen. So, she released her problems to a higher power and almost immediately internally heard the phrase “wash the dishes.” With that small step, she was able to relieve some of the tension and overwhelm and begin to figure out the next moves in her life. It is reminiscent of the quote “the thousand-mile journey begins with one step.” Sometimes that step might feel more like a leap and sometimes it is one toe sticking out into the unknown, but either way, one small step is sometimes all it takes to find clarity.

Ms. Reed discusses a daily practice of connection and releasing our own pre-conceived notions for our life, to begin to trust that just maybe there is a much bigger plan for us than the one we had for ourselves. It is a delightful read that follows a storyline of Ms. Reed’s personal experience and wisdom drawn from her faith. It reminds the reader how to take the big changes one small step (and day) at a time.

While it does include verses from Christianity’s religious text, the overall themes and wisdom can be applied to a large audience. It is definitely worth a read or look over especially if you find yourself going through an overwhelming life change. It is a wonderful reminder that our best-laid plans can be nothing close to what we are capable of achieving with a little help from the above, or beyond, or whatever you happen to believe.