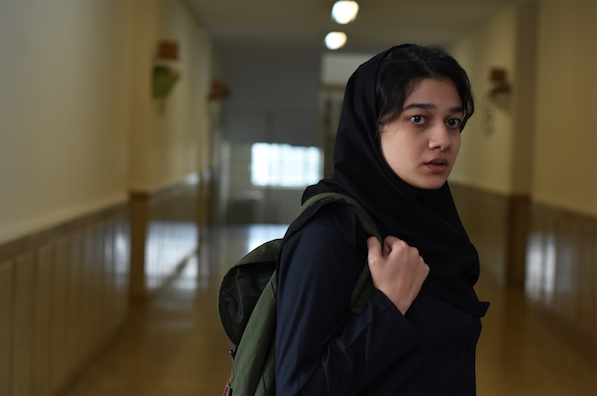 Los Angeles, California (The Hollywood Times) 08/11/2020 – Sonia K. Hadad is the talented female director of the Award-winning film, “Exam” which shares a story of a young woman who needs to deliver cocaine to a client, only to gravely endanger herself in the process. This phenomenal short has already won 10 Awards including the Grand Jury Prize for Live Action Short at AFI Fest 2019 and the Special Jury Award for Acting at Sundance Film Festival 2020. This film will be screening at the Oscar qualifying Florida Film Festival and Odense International Film Festival in August.

You moved to the U.S. from Iran in 2013 for your education. What has the pandemic taught you about the human condition?

Yes, I moved to the United States in 2013 to study cinema and media arts at Emerson college and lived in The U.S. for almost six years. Through these years, I have understood that people from all over the world and with different cultures, traditions, and thoughts, are experiencing emotions and feelings in the same way but just in different conditions and this is an undeniable fact that the medium of cinema has been able to demonstrate.

These days we are experiencing a strange and challenging situation, and it has taught us that: nothing is stable; every condition and state is temporary. We all have the same and main goal: over the past six months, our primary aim has been to stay alive. We should all be grateful to the pandemic; It has taught us the reality of life and its purpose; it reminded us what we are, deep down to our bones.

You have made many short films. Name your favorites.

I have made three short movies, and my favorite one is Exam (the last one). I fancy Exam as I enjoyed working with a perfect cast and crew and great the people who helped me make this movie and make this project possible. I loved my idea, and I already knew that Exam is going to be a hard project to work on, but I always relish the challenge of doing complicated/ difficult projects.

What led you to write short stories?

Storytelling has been an instinctive interest for me. My childhood interest in reading and storytelling eventually led me to write short stories for local literary magazines in Tehran from when I was 11 or 12 years old, studying Play-Writing for my B.A and finally doing my masters in writing script and directing. Writing short stories and working at theatre headed me toward my main interests: Film and cinema. I also loved cinema, as I realized that cinema is a great tool to fulfill my artistic goals because it combines narrative, visual arts, and language to form a more accurate and complete story.

Your phenomenal short, “Exam” has already won 10 awards including the Grand Jury Prize for Live Action Short at AFI Fest 2019 and the Special Jury Award for Acting at Sundance Film Festival 2020. Tell us about the film.

Exam is a truth-based crime drama that delves into how family pressures impact an Iranian teenage girl’s life. The protagonist of this crime conflict film is a teenage girl who reluctantly agrees to his father’s request to deliver a packet of cocaine on the day of an important exam, and a series of unforeseen events that threaten to derail the transaction and jeopardize her future at school. The story of Exam is based on an actual event, and the story arises from my experiences at school and the struggles we had with our strict principals. For me, the school was all about restrictions and stress, and I always wanted to illustrate the experiences we had faced, so when I came across the real story about drug dealing at a high school, I decided to recreate all those experiences and the actual characters like the principals. I had all the images with all the details in my mind and just needed to dramatize the story with that true story’s elements.

What scene particularly moved you?

The “restroom” scene is my favorite scene, as it was the climax spot of the script. I had to work on every detail of the shots like Sadaf’s acts, postures, lighting, and camera angles to get the best result. We did more than six takes of that specific struggling scene in the restroom. In every take, when I was checking her through the monitor, I could not bear to see her struggling, and tears welled up in my eyes, and just like her, I was suffering!

In a sentence, what is the philosophy about the “Exam?”

Exam is about human and his/her condition, social failures, and moral issues.

These days, I am working on my next short film to shoot it in a month and write my feature film’s plot, which I have planned to make in the next year in Iran again. 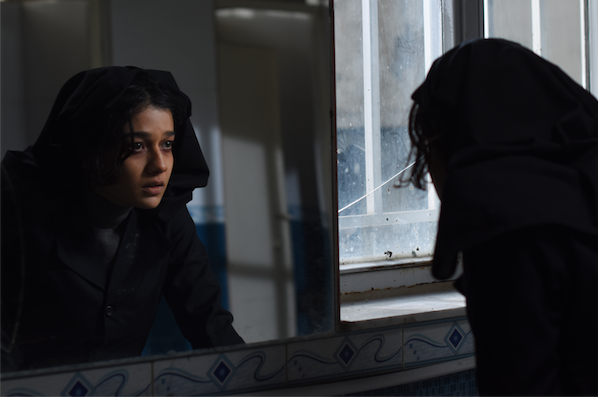