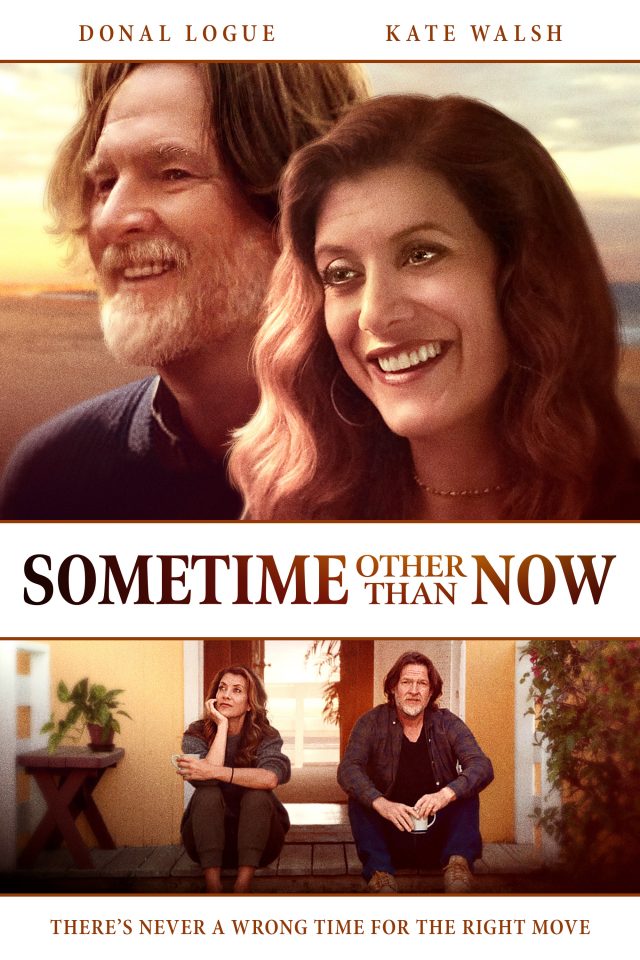 This film available on-demand, this Friday

Los Angeles, California (The Hollywood Times) 3/01/2021 –  SOMETIME OTHER THAN NOW, is a story about second chances, redemption, and love. The film is Written & Directed by Dylan McCormick. Dylan’s first feature film, Four Lane Highway, which he wrote and directed, premiered at the Tribeca Film Festival, then went on to win multiple best-of-the-festival Audience Awards at other regional festivals. Dylan also directed the short film Closing Time.

Your first feature film, Four Lane Highway in which you wrote and directed, went on to win multiple best-of-the-festival Audience Awards. Tell us about the film. Why do you think it resonated with audiences?

I think, in a way that I wasn’t fully aware of when I was writing it, Four Lane Highway was about four characters who were all allowing their sense of self to be defined but something external, as opposed to finding some way to feel settled, internally, in who they are. They are all trapped in a particular way, by looking for validation from the outside. Which I think is a terrible, unwinnable trap but also something that perhaps many people can relate to. I also tried to create characters that I feel had a certain dignity about them that makes them people you want to root for.

My role in Four Lane Highway was the brother of the main character, who was played by Fred Weller. And for that, I just leaned very heavily on our 1st AD and on my cinematographer, Randy Drummond, with whom I had a great working relationship. Clearly, most of my attention and energy was going into the directing part of things. That was especially true in that circumstance, as the main scene that I acted in was a long dinner table conversation with a large group of people, with many angles and set-ups.

Which film are you most proud of?

What I am proud of in each movie is that I brought my best, most skilled self at whichever given time to the storytelling. I know a lot more now than I did before about how to make a movie, and I think Sometime Other Than Now is probably my most realized and fullest expression of that. I think I was really finding my way in the earlier projects. When I watch SOTN I actually feel quite proud of what we were able to do. And to be able to work with Donal and Kate was just so deeply gratifying. They are both so ridiculously smart, so I had to really be on my toes. My favorite part of the process was probably just working with them, just the three of us, sitting together, reading through the script, talking, asking questions, answering their question, and hearing their insights.

Your new film, Sometime Other Than Now is a powerful story. What was your inspiration for the film?

To be honest, and it sounds corny, but the story literally came to me in a dream. Not really a dream, but a half-waking dream state that went on for what felt like a few hours. There was this one particular morning in which an image, a sequence, kept playing, over and over again, in my head. It was incredibly visual and it felt weirdly, emotionally, profound. And all it was, was the opening sequence in what is now, the movie. Just an image of a guy, waking up, on a beach of some kind, in New England, with a motorcycle nearby. That’s it. That’s all I had, all I knew. That, and that I knew that he had ridden there from Texas. I finally got out of bed, went to my desk, and wrote it down, everything I remembered. Then I set it aside. and it wasn’t until a few years later that I went back to it and sort of asked myself who this guy was and how he got there. And then I just kind of built the story from there. I just wrote forward, without knowing where he (or I) was going. So in some kind of the way it was the most organic process that I had ever experienced creatively. But that’s where the problems started because when you work that way, without having any idea where you are going, you can really get in trouble, and paint yourself into corners that are very hard to get out of. So it took years for me to find a path and create, after the fact, a structure that would make any sense.

What scene was the most challenging?

The most challenging scene was probably the scene in the bar in which Kate’s character, who is also named Kate, has a bad date while sitting uncomfortably close to Sam, Donal’s character. And then, separately, a bad, abusive boyfriend verbally assaults one of the waitresses. There is a lot going on, with a lot of variation in tone and content. Many moving parts, with background and a lot of different emotional tones. At that point, due to a lot of bad weather, we had fallen somewhat behind in our schedule. And because I knew we only had that location for that day, I knew we had to get it all done. And we did. We had to make some sacrifices in how we shot it and lit it, but I actually think the scene came out great.

Tell us about your upcoming projects.

I am working on a few different writing projects, some of which make sense as features and some as TV shows, or whatever it is that we call these stories that appear on streaming services. One that I am especially focused on right now is about an actress that goes into an in-patient treatment facility to deal with substance abuse issues and her challenge in navigating the real world of the folks she interacts with there, as well as the people in the small rural community that she transition to when she leaves.