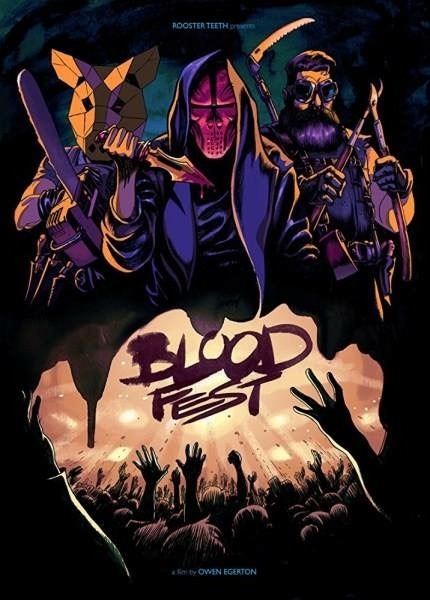 Birmingham, AL (The Hollywood Times) 08/21/2018 – Let’s review some of the key elements in what is required to ensure survival in a scene straight out of a horror movie: 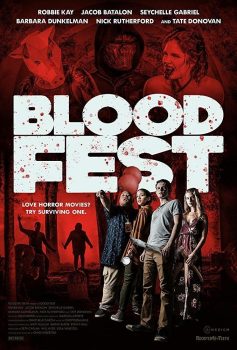 Welcome to the twisted world of Blood Fest, a massive and macabre gathering that pays homage to various elements of the horror film variety, complete with a hulking serial killer, flesh eating zombies, chemically engineered vampires, psychotic circus clowns and an oddly informal tribute to a certain sadist doll on a tricycle. But when the “staged” kills begin to look all too real, knowledge of survival scenarios in horror movies are all that matters.

After the events of a tragic home invasion by a crazed mental patient years ago, famed criminal psychologist and author, Dr. Vaughn Conway (Tate Donovan) has strictly forbidden his son, Dax (Robbie Kay) to attend Blood Fest, an infamous festival that celebrates the genres and subgenres of horror movies, considering Dax witnessed the horrendous outcome of the break in at a young age. 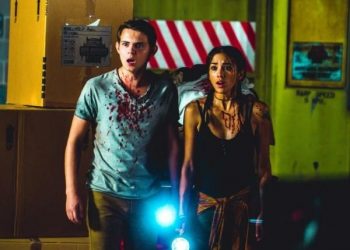 Defying his father’s directive, Dax sets out to Blood Fest with his friends, Krill (Jacob Batalon) and Sam (Seychelle Gabriel), only to discover that everything they’ve ever learned from watching horror movies will come in quite handy in order to stay alive and see the madness through.

With buckets of gore, maniacal madmen, unique special effects and just the right amount of humor, Blood Fest is the perfect start to the horror movie season. Directed by and starring Owen Egerton as the fiendish ringmaster of Blood Fest, the film also stars Tate Donovan (Love Potion No. 9, Hercules), Robbie Kay (Once Upon a Time), Jacob Batalon (Spider-Man: Homecoming, Avengers: Infinity War), and a hilarious cameo by Zachary Levy (Chuck, Shazam!)

Blood Fest will be available in theaters and On-Demand on August 31st, 2018.