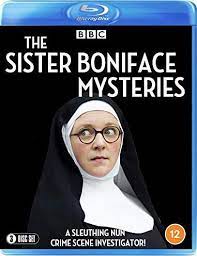 Los Angeles, CA (The Hollywood Times) 2/10/22– Sister Boniface Mysteries is a 10-part crime series set in 1960’s rural England. It is centered around the crime solving adventures of Sister Boniface played by Lorna Watson who was first seen in the detective series Father Brown. As police struggle to piece together evidence Sister Boniface becomes the secret weapon, using her PHD in chemistry, IQ 0f 156, and knack for finding clues hidden in plain sight.

During the Britbox CTAM Press Tour when asked about where her character’s personality comes from Watson replied, “I did not go to Catholic school, but my mother did so I had a few stories from her childhood. I would say, in terms of putting the character together, first, the scripts were so brilliant that I–because it had been such a long time since I did “Father Brown,” the scripts really informed me and, I have to say, sort of led the way. There are some quirks in there. Some of them come from me. She has this sort of childlike element to her. She is quite–she asks lots of questions and sort of wide-eyed, puppy dog about the world. 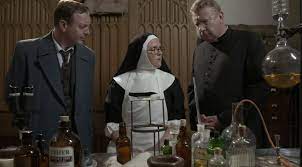 Sister Boniface Mysteries is available in the US on BritBox. It will be released in the UK on the UKTV Drama channel as early as March.

Lorna Watson is an actress and writer, known for the The IT Crowd, The Wrong Door, and Horrible Histories. She also has a strong background in comedy, as the co-creator of the sketch comedy show Watson & Oliver. Most recently, Lorna reprised her role as Sister Boniface from the popular Father Brown series. 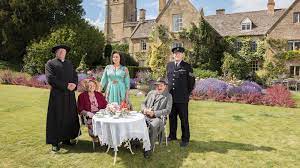 Jerry Iwu can be seen as guest lead on Oba in the latest series of Sex Education for Netflix. He will be seen as the series regular role as DS Felix Livingston in Sister Boniface Mysteries for Britbox/BBC Studios After graduating from Royal Central School of Speech and Drama, he went straight into filming Innocent (Series 2) for ITV opposite Katherine Kelly and Shaun Dooley.

Max Brown plays Detective Inspector Sam Gillespie in the series Boniface Mysteries. Max previously played Richard Ellis in the 2019 Downton Abbey movie and starred as King Robert in The Royals (2015-2018) and Dr Evan Marks in the TV series Beauty and the Beast (2012-2016). 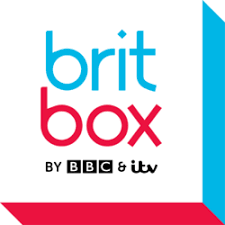 Britbox is the No. 1 way to watch all your favorite British shows from the BBC and ITV. And you can watch it easily via Prime Video Channels. All your subscription and billing are handled through your Amazon account, allowing you to watch as much as you want for a single price.