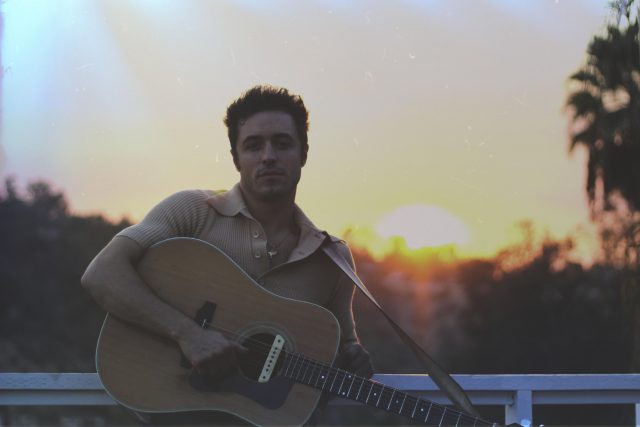 Los Angeles, California (The Hollywood Times) 3/31/2021-  Morgan Dorr is a singer/songwriter/producer originally from Boston MA, now residing in Los Angeles, California. Morgan got his start in music as a bassist and vocalist in Boys Like Girls and toured with the group for 8 years. Morgan went on to create Highland Park Collective, a creative group dedicated to servicing the expression of a creative lifestyle through different mediums of art. Morgan and Highland Park Collective have written and produced music for big-name advertisers, including a Clio winning Jeep Superbowl, Global Coca Cola campaign as well as artists such as Fitz and The Tantrums, Grammy-nominated KT Tunstall, Bella Thorne, Victoria Justice, Lolo, Wrabel, Cimorelli, Haley Reinhart, and others. His recent collaborations include Nikki Vianna, Pete Murray, Chaz Cardigan, Brandon Colbein, Transviolet, Emma Rosen, and more.

You got your start with Boys Like Girls. Tell us about your background.

Yes well, it started long ago when Bob Marley helped to sign my dad’s band to Island records. After the family started I’m pretty sure my mom had my dad hide away a lot of the unsightly, large, road-worn music equipment. I found it and caught the bug, and was honorably inducted into BLG. Suddenly went from getting to shows in vans to flying around the world with absolute rock stars.

What did you enjoy the most?

Getting to know the guys in the band, and them believing in me and making me feel that I was intrinsically contributing in such a huge venue.

You went on to create the Highland Park Collective. Why led you to the launch?

When touring slows down, you go into the studio. I had so much talent around me so I had to find a way to showcase it and create fun collaborations without just making another band. 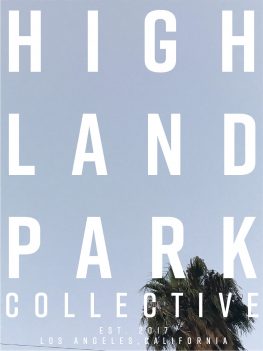 Tell us about the different mediums of art included in the Highland Park Collective.

We have some of the top branding and graphic people. A guy who does French House music, a punk rocker, a rapper, a guy who does just movie trailers- and from time to time we end up throwing buckets of paint LOL. O! And furniture creation as well!

The Highland Park Collective has written and produced music for big-name advertisers, including a Clio winning Jeep Superbowl, Global Coca Cola campaign as well as artists such as Fitz and The Tantrums, Grammy-nominated KT Tunstall among others. What has been your favorite project?

Definitely Jeep! Brian Monaco at Sony Music Publishing literally dreamt up and would just casually mention “wanna do the Jeep Super Bowl spot?”. He’s such a badass like that. A month later we were shooting scenes in the mountains. First time in a “star trailer” hahaha. Great food too.

Tell us about your recent collaboration with KT Tunstall (Grammy nominee with the hit song “Black Horse and the Cherry Tree”), LOLO (Broadway singer who wrote “High Hopes” for Panic At The Disco), Nikki Vianna for the “Together We Are Stronger,” the new anthem of female empowerment. How did you get involved with this project?

A beautiful story of unpredictable collaborations. Here’s another one where Brian M. Heard the song and we started to envision how to take it to the next level and make it something special. Once the girls started sending their vocals over we met Lisa Barbaris who literally QB’d it the whole way! She even helped us come up with the title. She is our fearless leader with regards to lining up the UN campaign and The Talk! 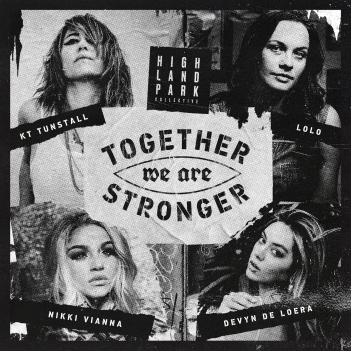 What is next for you and The Highland Park Collective?

We are working closer and closer with directors and music supervisors. We want to keep collaborating with visual specialists. That and planting trees. Lots of trees.

Find out more at: