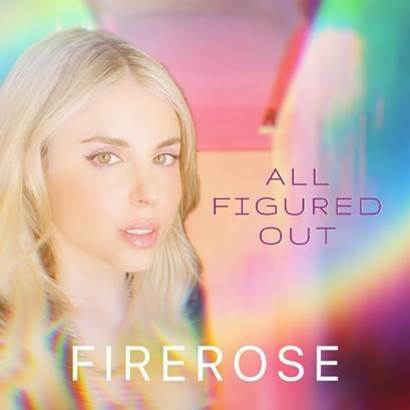 Los Angeles, California (The Hollywood Times) 05/04/2022 – “I wrote ‘All Figured Out’ as an ironic expression of the fact we never really have everything figured out! Life is a mysterious journey and the universe reveals more to us with each new experience. The song is about remaining curious and grateful for that reality.” FIREROSE told The Hollywood Times during a recent phone call.

FIREROSE‘s hit single, “New Day (feat. Billy Ray Cyrus),” recently charted in the Top 40 on Hot A/C, and she’ll be releasing her new track and music video for “All Figured Out” on May 6. Coming off a powerful breakthrough year with “New Day,” a genre-crossing hit collaboration with Cyrus, FIREROSE, now releases her fresh, piano ballad “All Figured Out,” the first track of her brand new material coming this year.  The song will be available on all digital platforms.

Written and performed by FIREROSE, “All Figured Out” was produced by legendary songwriter Alan O’ Day (“Undercover Angel,” “Angie Baby” “Rock and Roll Heaven”), and his love of the track took it from a live FIREROSE piano and vocal performance to the record it is today. Says FIREROSE, “Although Alan is no longer with us here on earth, his spirit lives on through the music, and I’m honored that he was a part of the recording of ‘All Figured Out.’”  The single was mastered by Grammy® Award winner Joe LaPorta, and FIREROSE is the first artist signed to Billy Ray Cyrus’ award winning publishing company, Sunnageronimo (BMI “Publisher of the Year,” 2020).

The Hollywood Times had the opportunity to talk with FIREROSE about the upcoming single and video “All Figured Out” and her collaboration with Billy Ray Cyrus.

FIREROSE’s earlier solo tracks, “Fragile Handling” and “Way Out,” whose videos each have over 1M views, laid the groundwork for the success of “New Day,” which FIREROSE originally wrote to lift herself out of one of the darkest periods of her life. Rolling Stone called “New Day” a “Trippy, atmospheric ballad about revitalization and rebirth.”  The song reached the Top 40 on the Billboard Hot AC chart (#33), #19 on both the Billboard AC and #18 Mediabase AC charts, and was a duet and co-write with Cyrus, produced by FIREROSE, Cyrus and Pedro Calloni.  The video has eclipsed 2.2M YouTube views. FIREROSE has also performed with Cyrus live at the Grand Ole Opry and on Live with Kelly and Ryan; and has been featured in media outlets from Rolling Stone, American Songwriter, CNN, iHeartRadio, The Today Show Australia, and many more.

As for the quintessential timing of “All Figured Out” Cyrus says, “She’s a true artist.  She writes, sings, plays and produces her own songs and is very talented. I’m in the hopes that the world can see through all the smoke and mirrors and just hear the emotion through her song, that the hearts of the people need right now. What she and Alan O’Day created together, this truth is very powerful. With just her lyrics, voice and piano, it speaks an all-inclusive language.” 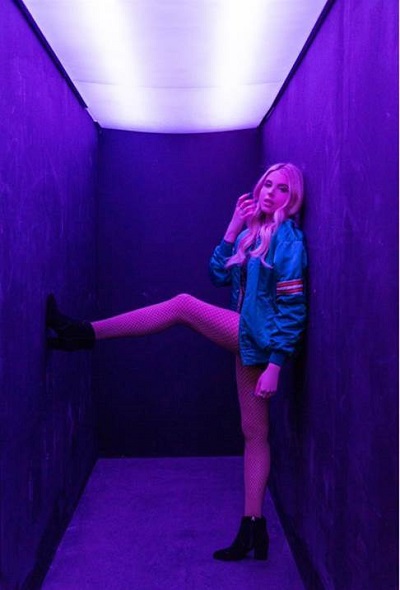 The Sydney, Australia-born and raised, Los Angeles, California-based artist has always written songs to process her deepest emotions. “I always believed that my purpose on earth was fulfilled by music,” says FIREROSE, “and helping people up with a song I wrote gives everything so much meaning. I write from a place in my soul that’s unexplainable and I’m incredibly grateful for this gift that allows me to touch people so profoundly.”

CHECK OUT HER NEW RELEASE VIDEO FOR “ALL FIGURED OUT”: