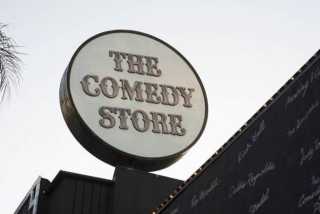 LOS ANGELES – April 22, 2019 – Showtime Documentary Films today announced a four-part documentary series that will chronicle the history of the iconic L.A. club The Comedy Store, directed and executive produced by Mike Binder (Black or White) and executive produced by Oscar® nominee and Emmy® winner Mike Tollin (THE FRANCHISE). The project is expected to premiere on SHOWTIME in 2020.

“The Comedy Store is a magical place – it’s Juilliard for stand-up comics, the Bolshoi Ballet of comedy,” said Binder. “It’s an honor for me to be able to return home to my roots, and I am so grateful to be able to tell this remarkable story.”

Binder wrote and directed the films Black or White, The Upside of Anger and Reign Over Me, and created and starred in the series The Mind of the Married Man. For SHOWTIME, he has executive produced and written on RAY DONOVAN, as well as directed BILLIONS.

Tollin has produced numerous film and TV projects including THE FRANCHISE for SHOWTIME, Varsity Blues, Coach Carter, Radio, Arli$$, Smallville, One Tree Hill, All That, Kenan & Kel. In addition, Tollin earned Oscar and Emmy nominations for the documentary Hank Aaron: Chasing the Dream, and was one of the original producers of the acclaimed 30 For 30 documentary series.