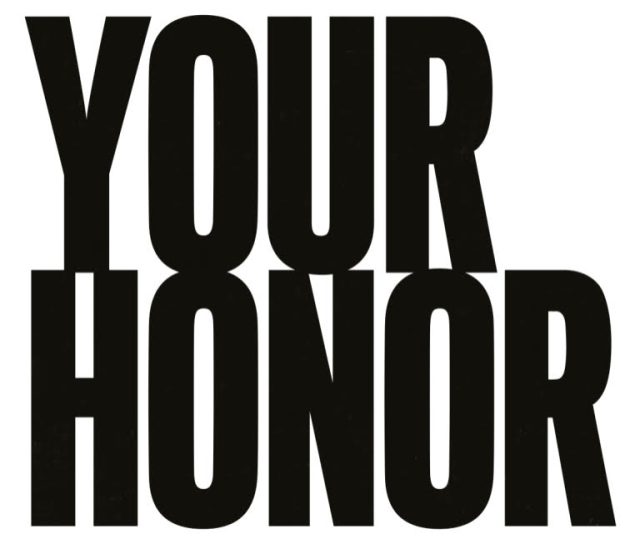 Series Starring Oscar® Nominee and Emmy® Winner Bryan Cranston To Return on Non-Linear Platforms on Friday, December 9 And On Air on Sunday, December 11 at 9 PM ET/PT

Margo Martindale and Amy Landecker to Return as Guest Stars

LOS ANGELES – September 20, 2022 – SHOWTIME announced today that the second season of YOUR HONOR, starring and executive produced by Oscar® nominee and Emmy® winner Bryan Cranston (Breaking Bad) will return on Friday, December 9, available on streaming and on demand for all SHOWTIME subscribers, before making its on-air debut on Sunday, December 11 at 9 p.m. ET/PT. Currently in production on the 10-episode second season, the series is executive produced by Emmy nominees Robert and Michelle King (The Good Fight, The Good Wife, Evil) and Liz Glotzer (Evil, The Good Fight), with Joey Hartstone (The Good Fight) serving as showrunner and executive producer for season two. The first season of YOUR HONOR ranks as the top debut season ever on SHOWTIME.

Along with previously announced Oscar- and Emmy-nominated guest star Rosie Perez (The Flight Attendant), Emmy winner Margo Martindale (The Americans) and Amy Landecker (Transparent) will return to guest star. Martindale returns as Senator Elizabeth Guthrie, the mother of Desiato’s deceased wife and one of the last links to his previous life. Landecker plays Detective Nancy Costello, who has been betrayed by her friendship with Desiato and will not let go until she uncovers the truth. Perez is playing Olivia Delmont, a charismatic assistant U.S. Attorney who must manipulate and motivate an unwilling asset in order to bring down a crime organization in New Orleans.

Lilli Kay, Keith Machekanyanga, Andrene Ward-Hammond, Jimi Stanton and Benjamin Flores Jr. have been upped to series regulars for season two. This season, Big Mo (Ward-Hammond), the formidable leader of the Desire Gang, demands fierce loyalty as she pushes to expand her empire throughout New Orleans with help from Little Mo (Machekanyanga). Fia Baxter (Kay) is forced to reckon with the true nature of her family as she deals with the aftermath of her boyfriend’s shooting (by a bullet that was intended for her brother). As the only surviving son of Jimmy Baxter, Carlo (Stanton) is now more determined than ever to follow in his father’s criminal footsteps, while Eugene Jones’ (Flores Jr.) attempt to avenge his brother’s death has created a new chain of events that threaten to create a war on the streets of New Orleans.

Showtime Networks Inc. (SNI), a wholly owned subsidiary of Paramount, owns and operates the premium service SHOWTIME®, which features critically acclaimed original series, provocative documentaries, box-office hit films, comedy and music specials and hard-hitting sports. SHOWTIME is available as a stand-alone streaming service across all major streaming devices and Showtime.com, as well as via cable, DBS, telco and streaming video providers. SNI also operates the premium services THE MOVIE CHANNEL™ and FLIX®, as well as on demand versions of all three brands. SNI markets and distributes sports and entertainment events for exhibition to subscribers on a pay-per-view basis through SHOWTIME PPV®. For more information, go to www.SHO.com [sho.com].