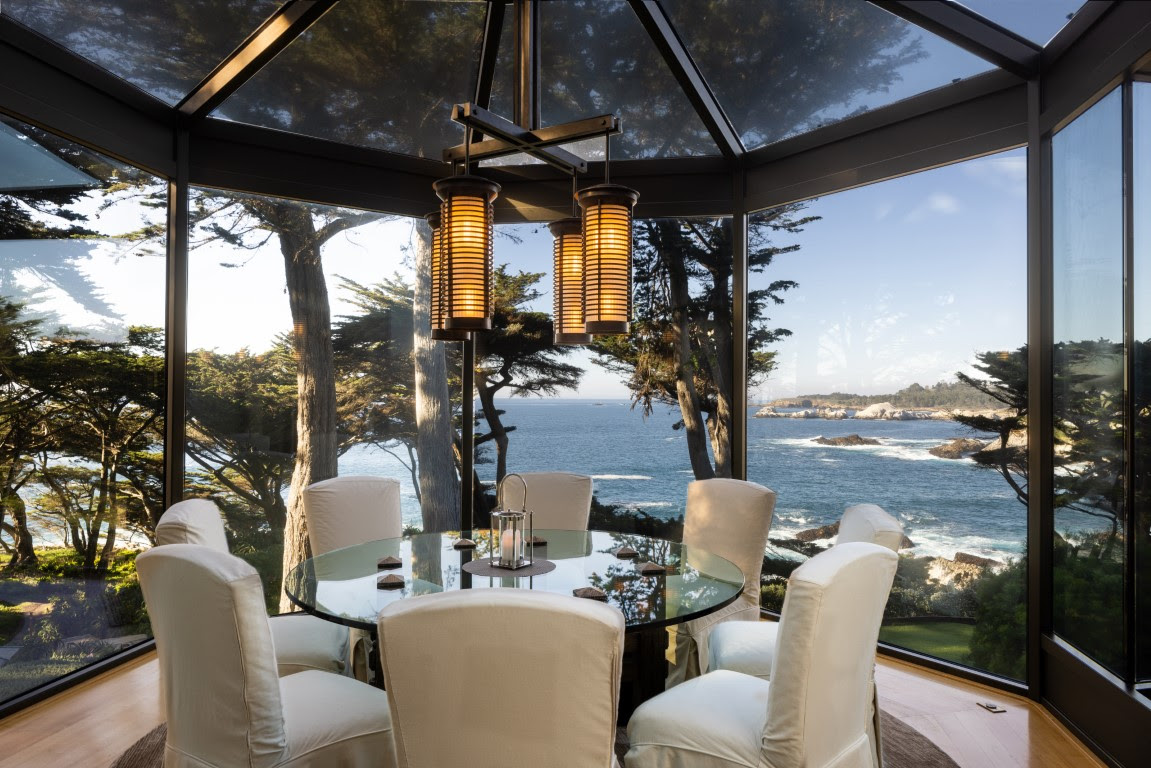 Easy to understand why people are drawn to Carmel, California with its laid-back vibe and staggering views.  Over the years, the town has also attracted Hollywood producers who chose it as the backdrop for the films A Summer Place, Play Misty for Me and the original The Parent Trap. One Carmel home now on the market has been a very popular filmset best known as a backdrop for the erotic thriller Basic Instinct with Sharon Stone and Michael Douglas.  More recently, it was the setting for the award-winning, two-season HBO series Big Little Lies with Reese Witherspoon and Nicole Kidman.  The popular house has changed hands over the years, including a few years owned by aviator Steve Follett, with the current owner investing millions into its floor plan, decor and livability.  Now for sale, it is priced at $29.625 million.